The GOP’s congressional baseball team had its first practice since the June 2017 shooting that left Rep. Steve Scalise (R-La.) clinging to life and, for a moment, stopped the partisan hatred that had seen the GOP targeted by violent leftists.

Sadly, the camaraderie was soon over and the Democrats returned to their vicious rhetoric and hateful vitriol before Scalise had even left the hospital.

On Wednesday, Rep. Mo Brooks (R-Ala.), who was on the field that fateful day in June, was interviewed regarding the team’s gathering together once again for practice.

CNN wondered what it was like for the Republican players to be playing on that same field in Alexandria.

Addressing the condition of the field itself, Brooks said, “It was wet. Not ideal conditions for baseball.”

But then he got down to the heart of the matter.

On a more serious note, it was mixed emotions. on one hand, it was good to be with our comrades as we try to put together a baseball team to compete with the Democrats. …

But we raised over a million dollars for local charities

On the adverse side, remembering what happened on that field the last time we were there. Five of our colleagues got shot — one congressman and four other individuals, including a Capitol Police [officer]. And the assailant was dead behind home plate, near the stands. So, very mixed emotions.

No doubt, it must be difficult for the GOP players to gather together on that field. I’m sure there were more than a few times that the players glanced back over their shoulders, unconsciously worrying who might be standing over the ridge watching them field ground balls.

However, what the return to practice makes me think of is not the violence from June but of the harsh division between our political tribes.

I don’t say parties here, because I don’t mean just Democrats and Republicans. I mean those in the extreme factions on either side of the ideological divide who “otherize” and demonize their opponents. On the Left, it is those who call Donald Trump “racist,” Ted Cruz “evil,” or any other conservative “homophobic,” “islamophobic,” xenophobic,” “hatemonger,” and on ad infinitum.

As we fight to defend free speech, let us remember that we should be defending the liberty of all people – on the Right and the Left. Let’s not make our politics more important than our humanity. 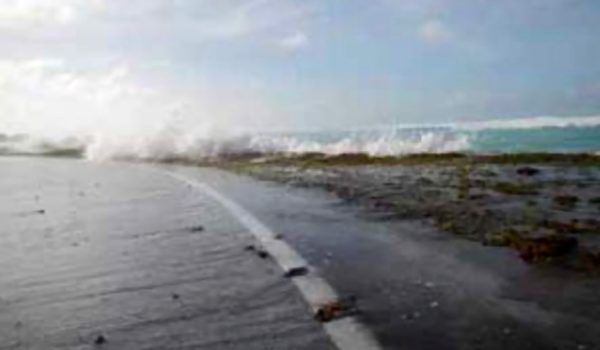