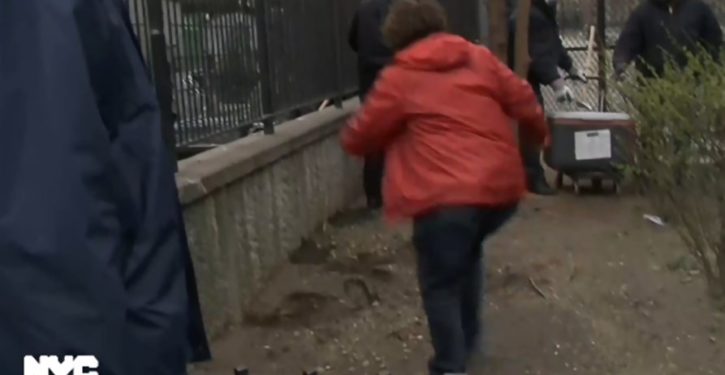 Hizzoner (blue jacket) presides at the start of a tactical skirmish with a rat. (Image: Screen grab of NYC Mayor video, Twitter)

We’ve filed this one under Science and Technology because it was a good-faith effort to do something about the scourge of rats infesting public housing in New York City.

Mayor Bill de Blasio, who surely knows from rats, was on the scene to showcase a new method of rat-killing that’s supposed to present less of a threat to other local fauna than the poisons used by many landlords and other property owners.  Gas is dispensed into rat-holes, which are then blocked with dry ice and packed with dirt on top.

We want to make the greatest city on Earth the worst place in the world to be a rat. Join me in Bushwick for more. https://t.co/FO9PeCTGU7

Unfortunately, as you’ll see at about the 4:30 time hack in Hizzoner’s video, neither the gas, nor the dry ice, nor the dirt availed to stay the wily rat from its appointed exit.  There’s a flurry of shovel-waving and foot-stomping, but the rat does an awesome back flip and flees undeterred.

Mayor de Blasio is likewise undeterred from high-fiving the expert on-hand for color commentary.  And technically, the workers with shovels did successfully dispense their gas, deploy their dry ice, and pack dirt on their holes.  It’s just that the rat got away.

As another famous mayor mused recently, that’s life in the big city. 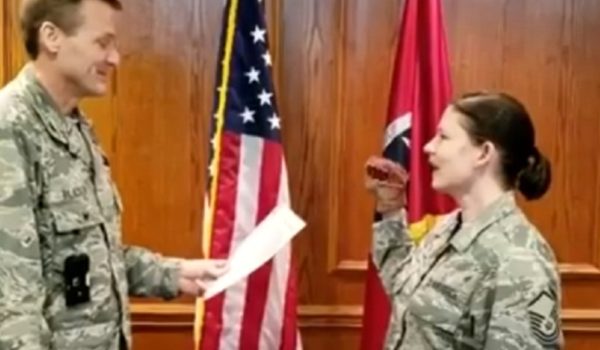