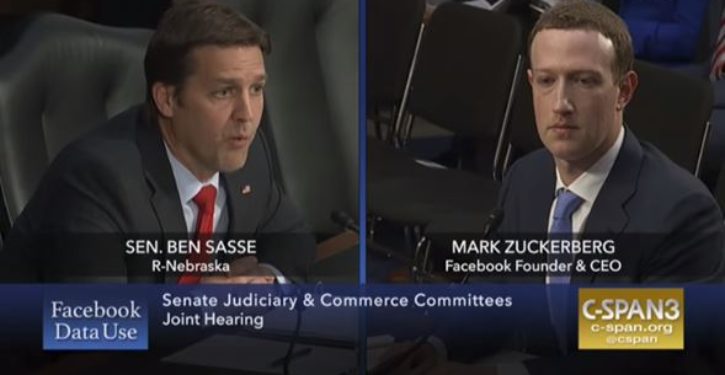 The reactions to yesterday’s Senate hearings focusing on Facebook founder and CEO Mark Zuckerbeg have been many and varied. Several commentators independently quipped that the event boiled down to a standoff between a 33-year-old tech guru and a roomful of blissfully ignorant senior citizens, who came away wiser for the experience.

The point is not lost on those who favor term limits in the Senate, where the current mean age is 61. But in truth, not all members of the upper chamber are over the hill. One who decidedly isn’t is 46-year-old Ben Sasse (R-Neb.), who handed Zuckerbeg his toughest challenge of the day: to define hate speech.

Sasse set up the challenge with the caveat “I worry about a world where when you go from violent groups to hate speech in a hurry … you may decide or Facebook may decide it needs to police a whole bunch of speech that I think America may be better off not having policed by one company that has a really big and powerful platform.”

Sasse’s challenge to Zuckerberg comes at the 1:00 mark in the video below (transcript follows):

MARK ZUCKERBERG [after a pause]: Senator, I think this is really a hard question. And I think it’s one of the reasons why we struggle with it. There are certain definitions that we have around [pauses] calling for violence or—

SASSE: Let’s just agree on that. If somebody’s calling for violence, that shouldn’t be there. I’m worried about the psychological categories around speech. You used language of safety and protection earlier. We see this happening on college campuses all around the country. It’s dangerous. Forty percent of Americans under age 35 tell pollsters they think the First Amendment is dangerous because you might use your freedom to say something that hurts somebody else’s feelings. Guess what? There are some passionately held views on the abortion on this panel today. Can you imagine a world where you might decide that pro-lifers are prohibited from speaking about their abortion views on your platform?

ZUCKERBERG: I certainly would not want that to be the case.

SASSE: But it might really be unsettling to people who’ve have had an abortion to have an open debate about that wouldn’t it?

ZUCKERBERG: It might be but I don’t think that would [long pause] fit the definition of anything we have.

Thank you for taking the time to report something that you feel may violate our Community Standards. Reports like yours are an important part of making Facebook a safe and welcoming environment. We reviewed the page you reported for containing hate speech or symbols and found it doesn’t violate our community standard on hate speech.

What sorts of content does violate the site’s “Community Standards”? The political views of two Donald Trump supporters whose pages was designated “unsafe” despite their being (1) women and (2) black. I am referring of course to Diamond and Silk, who requested an explanation for the designation from Facebook, which famously needed”6 Months, 29 days, 5 hrs, 40 minutes and 43 seconds” to come up with a reply.

I am in agreement with J.E. Dyer that the last thing we as a nation need is to regulate the Internet. We all witnessed firsthand the disaster that was net neutrality, so beloved by liberals that one phoned a bogus bomb threat in to FCC headquarters last December in the hopes of staying the reg’s execution.

Still if Facebook’s CEO can’t define hate speech, he’s hardly in a position to serve as the nation’s top “speech cop.” Something’s got to give. 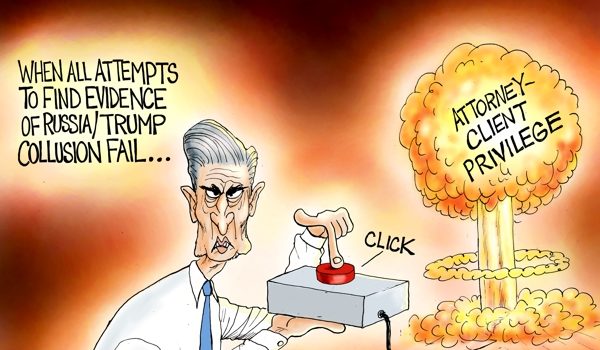