We’ve been waiting a long time for this.  It seems like no one has been able to make anything stick against the shady Trump team.  No matter how carefully an innuendo case is built against them, the big fish keep swimming away scot-free.

That ends now.  CNN has Joseph Schmitz dead to rights.  In 2016, while a named member of Trump’s foreign policy team, Schmitz thought he had a lead on Hillary Clinton emails being offered on the dark web.  And you may want to sit down before learning what he did about it.

A Donald Trump foreign policy adviser pushed government agencies to review materials from the dark web in the summer of 2016 that he thought were Hillary Clinton’s deleted emails, multiple sources with direct knowledge tell CNN.

Joseph Schmitz approached the FBI and other government agencies about material a client of his had discovered that Schmitz believed might have been Clinton’s missing 30,000 emails from her private e-mail server, sources say. The material was never verified, and sources say they ultimately believed it was fake.

Pushed.  Pushed, I tell you!  Schmitz approached the FBI.

Could anything be more nefariously obsessive and anti-Hillary?

His push is the latest example of Trump advisers who were mixed up in efforts to find dirt on Clinton during the presidential campaign.

There are 170 more words about Trump advisers and their mix-ups with dirt (just memorize it already: Trump, mixed up, dirt) before we get to the point that Joseph Schmitz is a former Inspector General for the U.S. Department of Defense, whose only approaches with the potential Hillary material were to the FBI, the State Department, the Intelligence Community Inspector General, and the House Intelligence Committee.

This suggests that the CNN headline for this story, captured for posterity, comes perilously close to being in the nature of a smear.

But it also suggests that Schmitz, a person with background and experience, may have had legitimate reasons for thinking he was onto something.

Remember, this was the Obama-era FBI, State Department, and Intelligence Community Inspector General he was approaching.  Hillary got an “HQ special” from at least the first two of them on her email security breaches.

There’s no word on what the House Intelligence Committee thought of the material.  (Schmitz apparently received the lead on it from a client.  He works at a law firm now.)

There’s always the chance that Schmitz is just a conscientious former public servant who wanted to ensure he touched all the bases before dropping the matter himself.  That would be characteristic of IGs.  It’s quite possible he didn’t actually push anything, in the sense of insisting, against advice, that there was more there.

It does make you wonder if we’re about to hear that the emails Schmitz notified federal agencies about have turned up.  It’s not clear why this story would be deployed just now.

But it is clear that CNN has beclowned itself again.  An honest headline for this story would read:

Michelle Obama: Husband’s administration was like ‘good parent’ for America; Trump’s like ‘other parent’
Next Post
Hmm: Dick Durbin and Pete Sessions go to Venezuela – together – for some reason 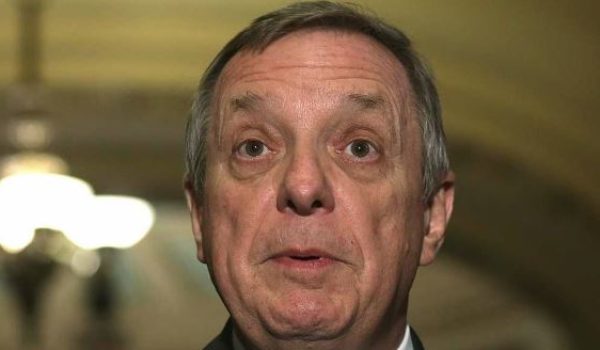