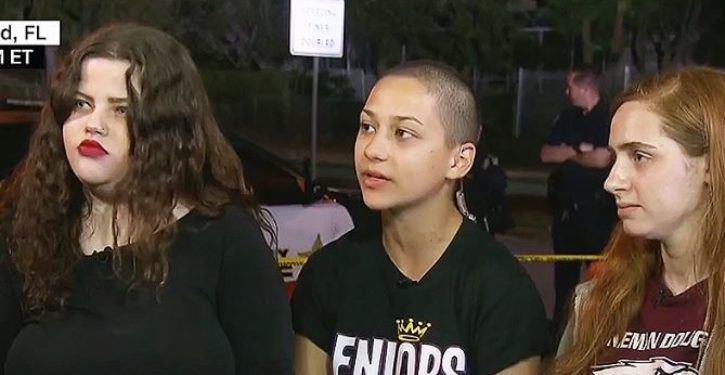 CNN recently changed its slogan to “Facts first.” Nowhere has the network’s grasp of the “facts” been more evident than in its strictly fact-driven coverage of the shootings at Marjory Stoneman Douglas High School and the aftermath. When teenagers there and at schools around the country staged a walkout, CNN was there with its cameras to record this “act of courage”(?).

When the students marched through Washington and other cities to threaten members of Congress for failing to constrain the Second Amendments rights of America’s citizens, CNN was on hand again to witness “history being made.”

Now that the students are returning to the school in Parkland, Fla., this time under heightened security, CNN is there yet again, this time to sympathize with these kids and report the hardships the poor darlings are being made to endure:

… [T]hese teenagers won’t be returning to a normal high school experience. Instead, they’ll be met with strict security measures which are intended to protect them from another mass shooting but have some students feeling as if they’ll be learning in a prison. [Emphasis added]

“Normal” high school experience? I’m not entirely sure what CNN reporter Dakin Andone means here, but schools haven’t been “normal” in decades. According to the National Center for Education Statistics, 93% of schools in the nation control access to the building by locking and/or monitoring doors during school hours, and 73% have security cameras — Stoneman Douglas among them prior to the shootings.

So what new draconian measures have been implemented that makes the Parkland high school feel prison-like? Students are now required to carry clear backpacks and wear IDs. Oh, the humanity!

“It feels like being punished,” senior Isabella Robinson told CNN. “It feels like jail, being checked every time we go to school.”

Apparently Ms. Robinson has never been through an airport security checkpoint, at a concert, or at a sporting event. All require that bags are searched and that pockets be emptied. At airports, the procedure is far more intrusive, with passengers being required to pass through high-tech scanners and, up until recently, to remove their shoes.

The larger point is that we live in an era where events have necessitated previously unimaginable levels of security in public places. Much of it is time-consuming and inconvenient. It is nevertheless a fact of life.

Trading in “facts,” as CNN claims to, it might have occurred to Andone to point out to the students he interviewed that the new restrictions at school are part of the harsh reality of living in an imperfect world.

Move over Tide Pod eating: Make way for the condom snorting challenge
Next Post
Cartoon of the Day: Food for thought 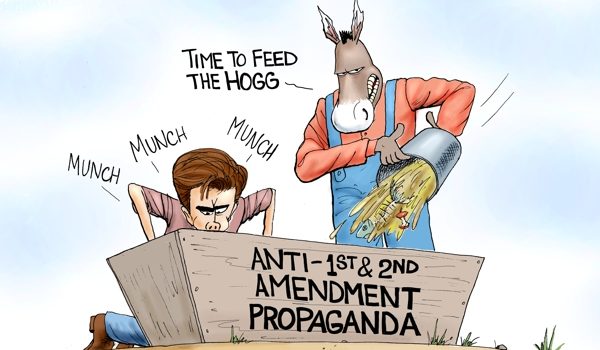