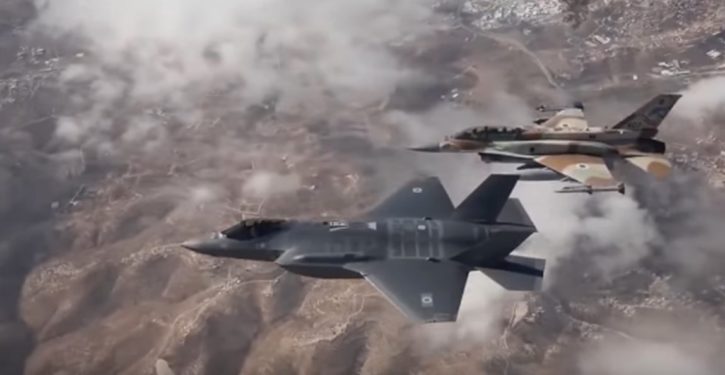 There’s always the chance that something will happen in the next day or two to make this report seem credible.

But as of today, it’s not credible.  It may be the first of many that news consumers will have to fortify their minds against in the coming days, as tensions increase in the Middle East.

I won’t be addressing each and every such report that comes out.  (I’d never get anything else done, for one thing.)  But considering this one briefly will help lay a baseline, and function as a general warning.

The report claims that Israeli F-35 strike-fighters flew into Iranian airspace during the past month and “circled at high altitude above Persian Gulf sites suspected of being associated with the Iranian nuclear program.”

The sites are supposedly in Bandar Abbas, Esfahan, and Shiraz.

The source of the original report is Kuwaiti newspaper Al-Jarida, which has a reputation for unsubstantiated reporting and sensationalism.  So right away, we’ve got that going for us.

It goes downhill from there.  For starters, only one of the named cities – Esfahan – has a nuclear-related target installation.  And it wouldn’t be at the top of anyone’s target list.  The uranium conversion facility in Esfahan is important, but given the advanced state of Iran’s program now, it would be low on the list of priority targets.  It’s not a “critical node” in Iran’s nuclear processing infrastructure at this point.  What takes place there is a “mastered” process, something Iran knows how to do and could reconstitute relatively quickly if the hardware got torched.  (It would probably take at least 1-2 years, and quite possibly more, but that’s still “relatively quickly” in the terms of this problem set.)

Iran’s real programmatic bottleneck at this point is perfecting a warhead that can be mated to a delivery platform (e.g., a ballistic missile).  Meaningful interdiction of that development step, the priority given the constraints of Israel’s resources and operating limitations, would involve target sets in other places.

Moreover, Bandar Abbas, the main naval base lying on the southern coast, is some distance from Esfahan and Shiraz, which are well inland (deep in Iranian airspace).  There’s no reason to go as far as Bandar Abbas at all.

Iran has had components of the S-300 air defense system for nearly two years now, and is capable of detecting F-35s operating in Iranian airspace.  The network of military and other sensitive facilities occupying a belt that runs right across Esfahan, Shiraz, and Bandar Abbas is one of the areas where Iran would be most likely to optimize the gaze of the mobile S-300’s early-warning radar.

“Circling above” Shiraz – a major fighter base – would be, let’s say irresponsible, merely inviting a response from Iran.

The report says the IAF strike-fighters approached Iran through Syria and Iraq, and that too is non-credible.  With the Russian S-400 radar and Syrian S-300 now operating in western Syria, Israeli planes can’t go that direction without being detected.  They can’t even take off from Israel without being detected.  They would be visible a good portion of the way to Iran, in fact.

Neither Russia nor Syria would necessarily shoot them down, to be sure – but both countries would warn Iran (in the Syrian command center, probably by turning to the Iranians inside the facility and confirming that they saw it too).

The IAF knows that.  Across Syria and Iraq is not the path we can expect IAF strikers to take.

The report also says a “source” “underlined that the fighter jets can travel from Israel to Iran twice without refueling.”  However, no responsible air commander would lob them up there without a guaranteed means of mission and/or recovery refueling, in friendly or international airspace.  That doesn’t just mean a tanker; it means dedicated, combat air patrol protection for the tanker.  Underlining the unrefueled radius of the F-35 is what a “source” would do if he didn’t really know what he was talking about.

The F-35 is good, and IAF pilots are good, but the IAF is good because it doesn’t fly stupid.  I assume most readers will understand that.  But it’s worth putting down a marker once in a while.  This report looks like someone just trying to stir things up. 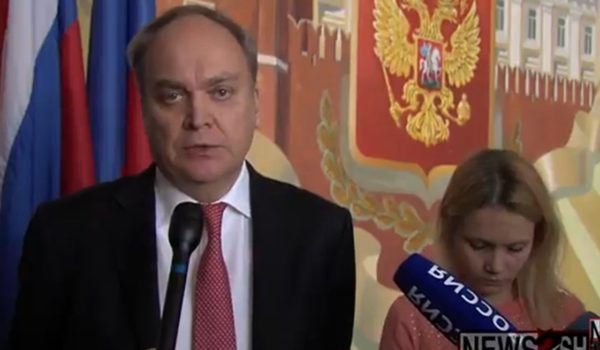 In toxic D.C. atmosphere, Russia’s ambassador can’t schedule a meeting
Next Post
The most important reason why bringing John Bolton in couldn’t be more timely