It’s been a quizzical afternoon watching a Sudden Theme develop on Twitter that Ambassador John Bolton is basically a Russian bot.

The idea is so preposterous it’s not even worth refuting, given Bolton’s long history of toughness on Russia, the numerous times he has called Russian behavior out, his reputation in some quarters as a “neo-con” (carrying the connotation, among others, of being tough on Russia), and his frequent criticisms of Obama for being weak and appeasing toward Russia.

Source close to Bolton said he had no idea that's what it was for — but that fmr NRA president David Keene had asked him to do it.https://t.co/WYF3j6lGB0

But as of a few minutes ago, we have confirmation of why the Sudden Theme has erupted.

I am pleased to announce that, effective 4/9/18, @AmbJohnBolton will be my new National Security Advisor. I am very thankful for the service of General H.R. McMaster who has done an outstanding job & will always remain my friend. There will be an official contact handover on 4/9.

Trump has just tweeted that General H.R. McMaster is indeed moving on from his post as National Security Adviser, and Bolton will be appointed to assume the post on 9 April.  The New York Times tweeted it out around the same time.  Bless their hearts.

There will be a lot to say in the coming days, and no shortage of folks saying it.  For now, it’s enough to observe that the timing could not be better, with some of the biggest geopolitical matters in a decade or more coming up in the next 8 to 12 weeks: the deadline for the JCPOA “fix” on 12 May, the proposed summit with North Korea, the U.S. embassy move to Jerusalem.

Some long-simmering issues will benefit from the president being able to rely on policy loyalty and sympathy from his top advisers; e.g., Syria, China, Russia and the growing confrontation in Europe.

Once Tillerson was out, it had to be only a matter of time before McMaster would be moved on.  Trump is done appeasing his political opponents inside Washington.  Pompeo at State and Bolton as NSA are going to be a different team from the departing guard.  Bolton, for starters, has a rep as someone who isn’t afraid to break some bureaucratic china if he has to.

I’ve heard through the grapevine that the McMaster move wasn’t supposed to be for another few months, and that this is happening early.  If so, my guess would be it’s related mainly to the timing of the foreign policy agenda.  There are things that can’t wait another few months, and the Iran JCPOA and North Korea are big ones.  Taking nothing away from McMaster, he’s a mainstream consensus-builder on the nosebleed echelon of foreign policy: the main drivers of U.S. interests and what we do things for.  Bolton is a philosopher-strategist on those matters.  His kind of thinking is what you want on the JCPOA issue, rethinking the balance of priorities in the Far East, and other really big-ticket challenges.

There will be other important aspects of this swap.  The vestiges of staff-level continuity on the NSC will fade rapidly once Bolton is in.  It looks to me like Trump judges the tipping point to be at hand.  He can finally gain control of his own NSC staff, and sees no reason to wait any longer.

That may have some interesting implications about what’s going on in the background.  At any rate, this is good news.  I don’t think Trump was really ready to move on some of the big things, at this time last year.  He hadn’t solidified in his own mind what he wanted to do about them.  He came in very certain about trade policy, but less so about alliances, balance of power, and regional geopolitical tensions.  Now he’s more certain where his footing is.  Should be an interesting ride. 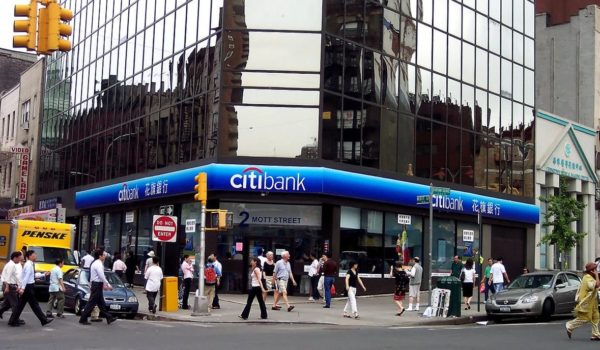 Citibank announces restrictions on gun sales it will be a party to
Next Post
Collusion: Why it took the whole Obama administration to put Team Trump under surveillance