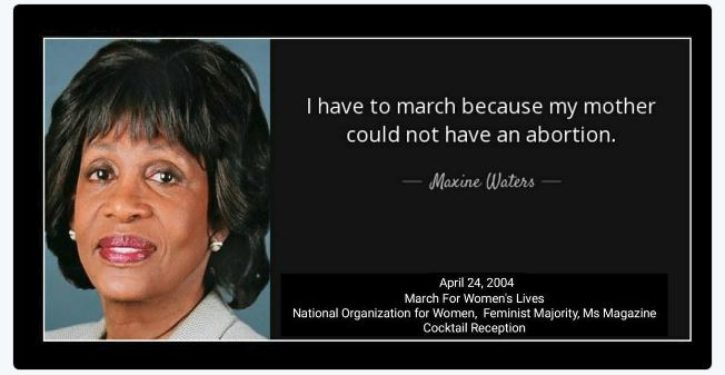 Chivalry is not dead. When a cad recently insulted a fair damsel by dismissing her as a “very low I.Q. individual,” it was gratifying to see a man of breeding come to her aid.

So who were the players in this little morality tale? The cad and the man of breeding, as you can infer from the title of this post, are President Trump and Sen. Bernie Sanders respectively.

And the damsel? She is identified in a tweet Sanders posted yesterday:

Pathetic that President Trump attacked smart and compassionate @RepMaxineWaters — both traits alien to him.

For the record, Waters defended herself following Trump’s remark at last week’s Gridiron Dinner, calling his attack on her intelligence “racist.”

If that’s not proof enough that the congresswoman is one smart cookie, examples of her lofty intellect abound.

Such as when she lamented in June of 2017 that 700 billion Kentuckians would lose health care coverage if Obamacare were repealed. Seven hundred billion — that’s, like, half the state!

Or consider her claim in February 2013 that sequestration could cost the nation 170 million jobs, an observation that is made that much more sobering by the fact that at the time there were only 134 million people in the workforce. When the nation starts losing 127% of its workers, a brainy lawmaker like her is right to call attention to it.

As a Congresswoman, Waters has been a trailblazer, calling, for example, for Donald Trump’s impeachment before he took the oath of office.

But perhaps Waters’s crowning achievement in her long congressional career was a comment she made in 2004 on the eve of the March for Women’s Lives. Here is what she said: 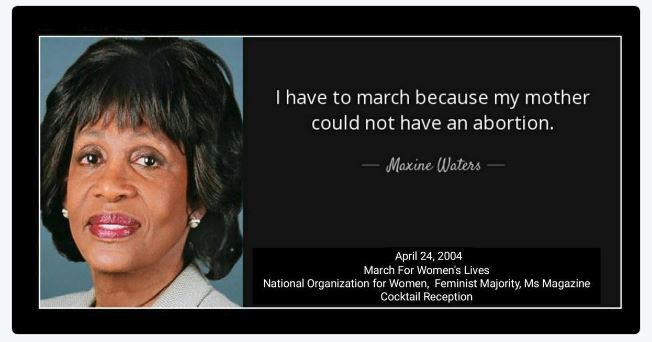 Baltimore renames park that once housed a Confederate statue after Harriet Tubman
Next Post
Hillary’s latest excuse: Lost the white-women vote because husbands told them who to vote for