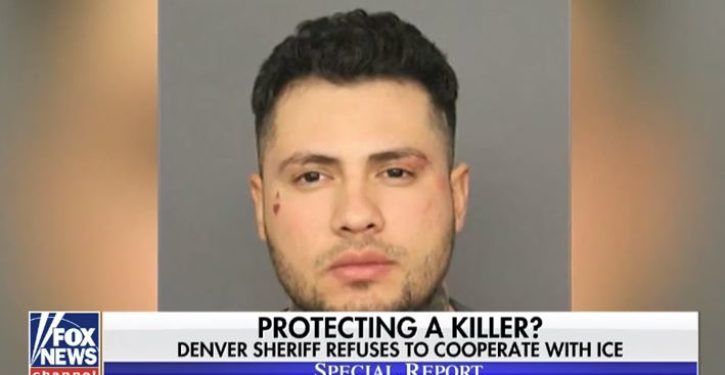 “The Denver Sheriff Department will not honor civil detainers as it is considered unconstitutional.” With that cursory statement, the law enforcement agency washed its hands of a case of vehicular homicide in which the driver responsible for the fiery crash fled the scene of the accident. The reason? The driver was an illegal alien, and the Denver Police Department and state agencies stopped honoring detainer orders from ICE in 2013.

According to Fox News, 26-year-old Ivan Zamarripa-Castaneda is reported to have bolted following the accident on Interstate 70 in Colorado in which a tractor-trailer caught fire. In fleeing, Zamarripa-Castaneda left the driver of the truck inside to die.

Zamarripa-Castaneda, who is wanted by U.S. Immigration and Customs Enforcement, was initially apprehended  by Denver Police but was permitted to post a bond of $2,500 and go free, thereby avoiding federal immigration officials until his next court date.

The Denver Sheriff Department, which operates the jail, told Fox News last week that unless ICE gets a federal criminal warrant that Zamarripa-Castaneda could leave detention after posting bond.

ICE officials told Fox News last week they detain up to 40,000 people per day, and don’t have the resources to go after every federal warrant.

“By placing retainers on these individuals, we actually help improve public safety by taking these criminal aliens off the streets and ultimately removing them to their country of origin,” ICE Director of Communications Carl Rusnok told Fox News.

This outrageous incident is the latest in a standoff between local law enforcement in some jurisdictions and federal authorities trying to rid the country of illegal aliens who commit crimes. Another that is generating national headlines was the recent decision by Oakland, Calif., Mayor Libby Schaaf to tip off thousands of illegal aliens in her city that ICE was planning a raid. Thanks to her actions, some 864 criminals being sought by ICE were able to avert capture.

When the President of the United States calls you a ‘son of a bitch’
Next Post
Cartoon of the Day: Reset button