That admission is made in a Wednesday column in The Guardian by former executive editor of The New York Times Jill Abramson.

Just to clarify, Abramson is not a believer in voodoo — at least not as far as I know. In any case, the miniature likeness of Obama is not stuck with pins. Quite the contrary. Here’s the entire paragraph containing the quote, which provides context:

It’s easy to look at what’s happening in Washington DC and despair. That’s why I carry a little plastic Obama doll in my purse. I pull him out every now and then to remind myself that the United States had a progressive, African American president until very recently. Some people find this strange, but you have to take comfort where you can find it in Donald Trump’s America. [Emphasis added]

Only some people find this strange?

The article as a whole is a talisman of sorts, expressing Abramson’s fervent, though faint, hope that recent developments in Texas might be an indicator of a larger wave that washes over the country in 2018, cleansing it for the 2020 elections. There George Soros is pouring millions of dollars into the campaign of Democrat Beto O’Rourke, who is looking to unseat Ted Cruz as U.S. senator from the Lone Star State.

Let’s suppose for the moment that Abramson’s optimism is justified. After all, a realignment of one or both chambers of Congress normally occurs in the first midterm after a new president is elected. Let’s suppose further that the House and/or Senate flips in November.

What then? Another cry from the wilderness, this one from another liberal media veteran, Brent Budowsky, goes so far as to suggest that “a Sanders-Warren ticket could win big in 2020.” Budowsky writes:

Let’s consider the Democratic options for the presidential ticket in the 2020 elections, with emphasis on the possibility of a Democratic ticket in 2020 of Sanders for president and Warren for vice president.

This is beyond wishful thinking. It is an indicator of how self-deluded Demcorats became during the eight years of Barack Obama, a period when the Democratic Party tacked so far left as to lose its bearings altogether.

If there is any hope for the Democrats, it is in recognizing that for all their bleeding-heart causes and crusades, the U.S. remains a center-right nation. If the electorate overcorrected in electing Donald Trump president in 2016, it is only because his predecessor had taken the pendulum to the opposite extreme.

A terrifying question confronting teachers: What to do when MS-13 enters the school
Next Post
The NYT tech columnist lies about ‘unplugging’ from the internet, social media 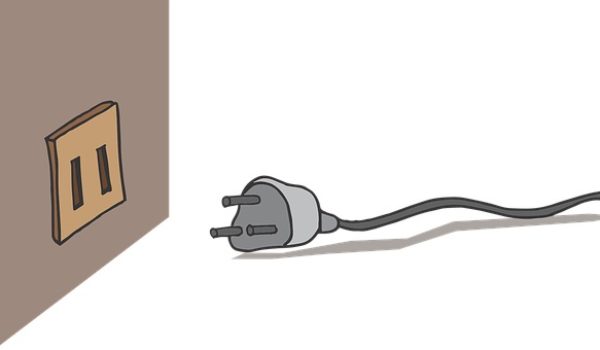