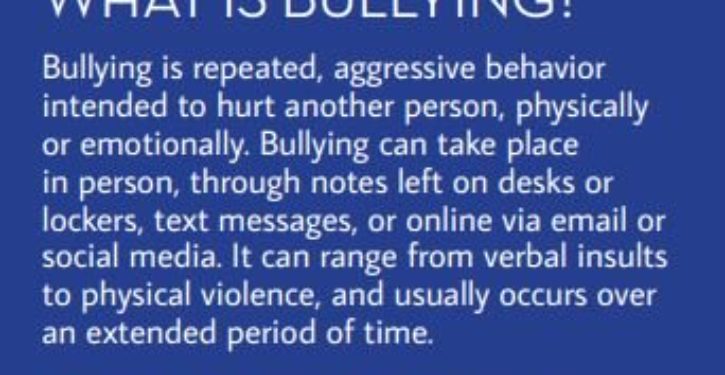 A federal judge ordered the San Diego Unified School District on Tuesday to hand over evidence detailing its correspondence with the Council on American-Islamic Relations (CAIR) about the implementation of a controversial anti-Islamophobia bullying initiative at San Diego public schools.

The development is the latest in a long-running saga concerning school officials in San Diego coordinating with CAIR, an American-Muslim civil rights and religious organization with known links to a number of anti-Israel groups such as the Muslim Brotherhood.

The controversy began in April when the San Diego school district announced it was launching an anti-Islamophobia initiative to combat what it described as a vast and underreported epidemic of anti-Muslim bullying in the district’s schools.

Hanif Mohebi, the executive director of CAIR-San Diego, praised the initiative and said it should serve as a model for school districts across the country.

“If we do this right, San Diego Unified School District would be the leading school district in the nation to come up with a robust and beautiful anti-bully and anti-Islamophobic program,” Mohebi told The San Diego Union-Tribune.

Mohebi was invited to give talks at more than a dozen San Diego schools starting in late 2016 to teach students and teachers how to reduce bullying of Muslim students.

Hanif gave pamphlets to students that advised Muslim youth to contact CAIR if they faced bullying, which according to CAIR includes “insulting comments about Islam.”

Handing out such pamphlets is considered to be “both a religious and educational exercise,” according to the CAIR National Executive Director Nihad Awad who testified before the National Labor Relations Board in 2016.

Many parents were outraged. They thought the initiative looked more like a religious advocacy program than an anti-bullying initiative.

A lawsuit filed in May by the Freedom of Conscience Defense Fund (FCDF) accused the school district of entangling itself with CAIR to set up a “subtle, discriminatory scheme that establishes Muslim students as the privileged religious group.”

“Consequently, students of other faiths are left on the outside looking in, vulnerable to religiously motivated bullying, while Muslim students enjoy an exclusive right to the School District’s benevolent protection,” the lawsuit stated.

Charles LiMandri, president and chief counsel of the FCDF, urged the San Diego school system to rescind the policy, saying it likely violated the First Amendment because it was drafted with assistance from CAIR, an overtly religious organization.

“The San Diego Unified School District has gone out on a limb, more than most school districts would be willing to do, to partner with a group that identifies itself as a religious group,” LiMandri told The Daily Caller News Foundation in a phone interview.

“We have pictures of the head of the [CAIR] office in San Diego going into classrooms and giving out their literature, and of course their literature is promoting Islam,” LiMandri said, adding that the school district isn’t inviting Christian priests or Jewish rabbis to give talks in classrooms.

“It’s important to draw the line about advocacy groups, like CAIR, having free rein in the public school system, using government-funded resources, to push their own agenda in a way that is showing unconstitutional government preference towards one major world religion over others,” LiMandri explained.

The San Diego school board appeared to change direction in July when it voted to rework the initiative and end its formal relationship with CAIR. The board directed staff to form a partnership with the Anti-Defamation League to create a new set of policies to foster “respectful, inclusive and safe learning environments and communities.”

However, the motions made during the July school board meeting were nothing more than a “sham,” according to an injunction filed in February by the FCDF that called for the release of all correspondence between the San Diego school board and CAIR.

The FCDF cited documents that appear to show CAIR continued to engage with the San Diego officials after the July board meeting.

“The resources available at the hyperlinks below are only the very beginnings of what could grow into a robust ‘Toolkit’ for Teachers, Counselors, and Administrators,” Williams wrote to Sharp.

Inviting an openly religious organization such as CAIR to influence school curriculum is a clear violation of both the California and U.S. Constitutions, according to the FCDF’s injunction.

“There are no programs promoting ‘Jewish culture.’ There are no lectures from priests on how to accommodate Catholic students during Lent. And there are no partnerships with Evangelical Christian activists,” the injunction states. “In short, [the San Diego Unified School District has] placed their power, prestige, and purse behind a single religion: Islam”

LiMandri summed up why he felt it was inappropriate for CAIR to influence public school policy by drawing a comparison between CAIR and the Anti-Defamation League, a Jewish advocacy organization that is also working with the San Diego school district.

A federal judge granted the FCDF’s request and ruled Tuesday that the San Diego school district must hand over evidence pertaining to its correspondence with CAIR by April 9.

The FDCF hopes the new evidence will prompt the court to take measures to prevent the San Diego school district from further engaging with CAIR.

Neither the San Diego Unified School District nor the San Diego branch of CAIR responded to TheDCNF when asked to clarify whether CAIR continued to work with the school district after July 2017.

Parkland kids can protest, but they don’t know what they are talking about
Next Post
MSNBC panel shares hope Fox News Channel viewers ‘die off,’ claim ‘Chicago’ code for racism