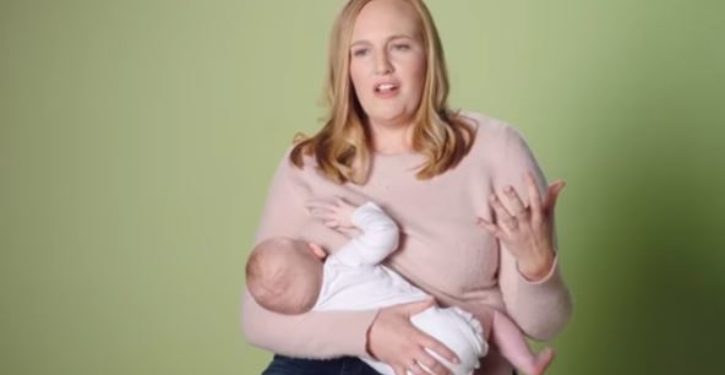 Proving that a picture is worth a thousand words, a candidate running for governor in Wisconsin nursed her baby on camera during her first campaign ad Tuesday.

Former state Rep. Kelda Roys, a Democrat, talked about her work in the state legislature to eliminate bisphenol A (BPA) from baby bottles and other children’s products. She explains in the ad how BPA is a toxic chemical that the Food and Drug Administration doesn’t sufficiently regulate and has caused illness in babies across the country who drink out of toxic bottles.

“This was horrifying to me. How could our government let this dangerous chemical be in all these products?” Roys, 38, said. “So I said, ‘Well, Wisconsin is going to be the first state to ban BPA in baby bottles and sippy cups.’”

Roys’ husband and two children appeared in the video. Roys breastfed her baby while explaining why she would make a good candidate for governor.

“Government should be about every person achieving his or her potential and Wisconsin used to do it so well,” Roys said. “That’s what’s wrong with politics today. Are we taking our orders from people or are we taking them from chemical corporations that don’t care at all about what people need?”

“Democracy only works when we all get involved,” she claimed.

Roys will run against 13 other candidates in the Aug. 14 Democratic primary, reported Law and Crime. If Roys wins the primary, she will face Republican incumbent Gov. Scott Walker.

What if Trump’s North Korea bluster actually worked?
Next Post
Illegals march outside ICE headquarters; if that’s not brazen enough, get a load of this 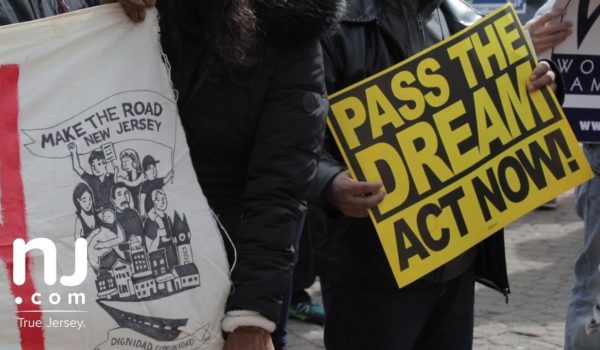