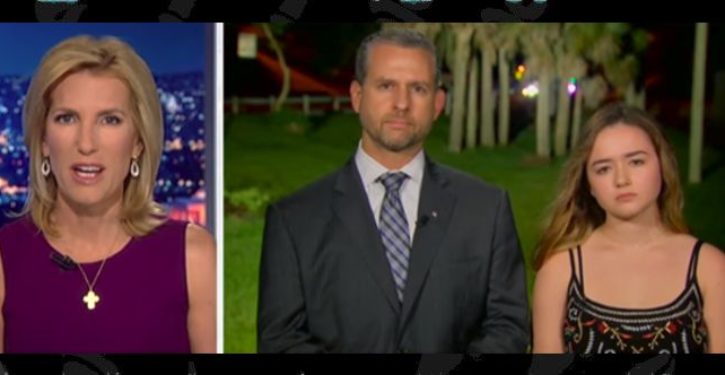 First it was just Marjory Stoneman Douglas High School shooting survivor Colton Haab who claimed that CNN had put words in students’ mouths for its town hall on gun violence. Now another student has come forward with pretty much the same story. Her name is Ariana Klein, she is a junior at the school, and she backs up Haab’s assertion.

So does her father, who told Real Clear Politics he was approached  by a CNN producer the day after the school shooting and got the sense that the network “looking for people who were willing to espouse a certain narrative.”

Both the father and daughter were guests on Fox News Channel’s “The Ingraham Angle” last night. Host Laura Ingraham asked about Colton Haab’s claim the previous night that a CNN executive producer named Carrie Stevenson had rejected a question the teen had initially written for the town hall event, providing in its place a “scripted” a question for him to ask.

LAURA INGRAHAM: Ariana, what’s your reaction to that? CNN denies this, by the way, but they have a history of planting questions that Michelle Malkin and others have written about before, in other events. But Colton Haab who gave that interview he was emphatic about his point.

ARIANA KLEIN: Yes. Well, I think the whole point of the town hall meeting was to hear the kids and hear what we had to say. And for that to happen is inexcusable.

Our voices need to be heard and he should have been able to ask any question he had to ask but instead we have these networks that don’t want us to give our real opinions and they want us to further their own agendas.

As LU’s editors wrote this morning in connection with Haab’s having unmasked Stevenson, “the question now is who you believe, which comes down to motive and character. Colton Haab is unknown to the general public, so it’s hard to generalize. CNN, on the other, has demonstrated a propensity for falsifying news stories to serve a leftist narrative.”

I would just add that throughout the 2016 election season, CNN vigorously pursued an agenda to get the Democratic candidate for president elected that included providing her campaign in advance with questions that would be asked at a debate the network was hosting. Since the election, CNN has abandoned all pretext of journalistic impartiality to wage war on the Trump administration.

The question of who’s telling the truth and who’s lying seems pretty easy to answer.

Experts: Saying school shooter was ‘nuts’ could be harmful
Next Post
Illinois governor proves his love of diversity by drinking chocolate milk 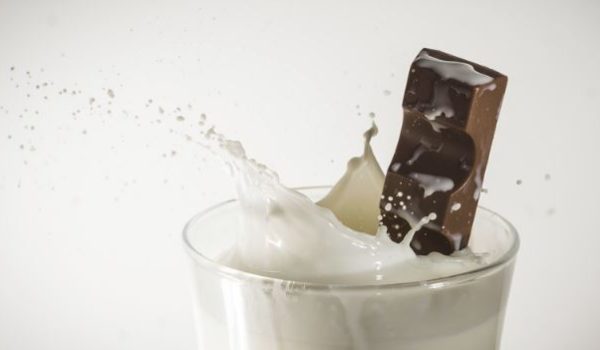