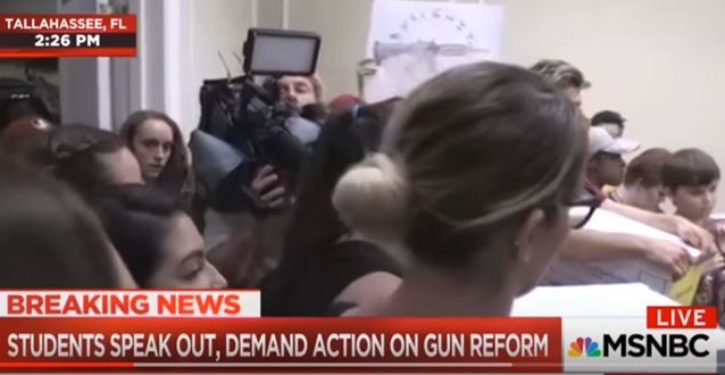 Many of the teens who survived last week’s deadly shooting rampage at Marjory Stoneman Douglas High School say they want action, and they want it now. What specific form of action they are seeking has not yet been refined beyond the stage of broad generalization — “We want the shootings to stop” is not an actionable plan.

One step students took yesterday was to descend on the office of Florida Gov. Rick Scott to demand a meeting, which is arguably a step in the right direction.

A camera crew from MSNBC tagged along to record the confrontation, but when the kids arrived, the governor was not there.

Network host Ali Veshi tweeted that Scott was “too busy to meet with them,” prompting the student protesters to chant “Where’s Rick Scott?”

BREAKING: students are in the waiting area of FL Gov. Rick Scott’s office – after being told he’s too busy to meet with them – chanting “shame on you!”

So where was the governor? It turns out he had a good excuse for not being in his office. He was attending a funeral for one of the victims, athletic director Chris Hixon.

The Washington Free Beacon reports that six minutes after MSNBC host Katy Tur reported on air that Scott (who is a Republican) was “refusing to speak” with students, the network received a call from Scott’s office revealing his actual whereabouts and confirming that he would be meeting with small groups of Parkland students for twenty minutes each beginning at 5 p.m.

As has been reported previously, Chris Hixon was among the first responders when gunfire erupted at the school. He was also a hero, killed while trying to disarm shooter Nikolas Cruz. According to the Miami Herald, the church where the funeral was held “was overflowing with Hixon’s relatives, friends, fellow teachers and students — many wearing Douglas team jerseys.” 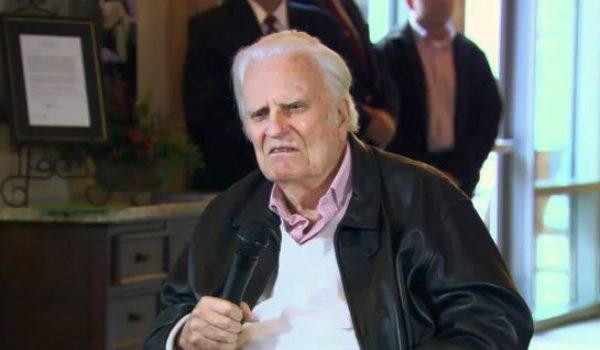