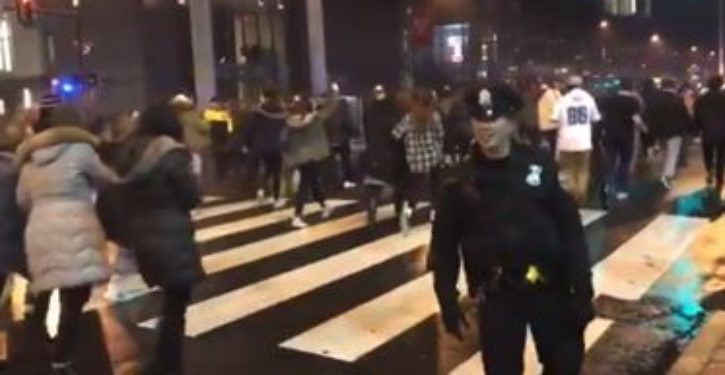 Imagine what they would have done if their team had lost!

The City of Brotherly Love had girded itself against the advent of fans becoming a little too enthusiastic or angry depending on the outcome of the Big Game by spraying light poles with hydraulic fluid (to make them too slippery to climb) and beefing up its police presence with officers from 60 additional police departments, National Guardsmen, federal agents, and even a volunteer civilian patrol.

But in the end, several people were injured in the mayhem that ensued, while others were arrested.

ABC Philadelphia affiliate WPVI reports that the windows of a department store were smashed and carries one of a number of videos of cars being flipped on their side:

Tyler Durden of Zero Hedge reports that an explosion of unknown origin ripped the downtown area and several people were injured in episodes of street violence.

A number of fires broke out, prompting fast food chain Hardees to tweet this whimsical message:

THE CITY OF PHILADELPHIA IS BURNING DOWN pic.twitter.com/lcbHLd894P

Some buildings were vandalized and stores were looted:

People yelling “Everything is free,” looting, trashing this gas station. Damn it, Philly we better than this. pic.twitter.com/WecXaAmrFh

The greasing of poles may have been enough of a deterrent to keep climbers from mounting them, but that precaution wasn’t enough to stop fans from tearing several of them down:And last, but not least, were the videos of one fan eating horse excrement off the street. For his sake, let’s hope the explanation is that he lost a best.This type of behavior, meanwhile, is why we can’t have nice things as a country. 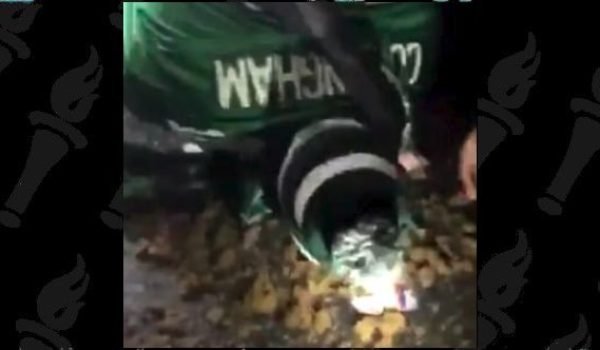