There’s strange, and then there’s uber-bizarre OUT THERE.  The latter is what we seem to have in the case of the second dossier reportedly handed to the FBI by Christopher Steele – but compiled by a longtime associate of Hillary Clinton’s.

We’ve probably heard already everything we need to know about the antecedents of this second dossier.  We just didn’t know at the time – back in the first half of 2017 – that the tale we were hearing then culminated, as I suspect it did, in “documentation” being presented to the FBI as a “dossier” on Trump, or at least on some associates that may include Paul Manafort and Rex Tillerson.

The original reporting on what appears to underlie this second dossier came from Buzzfeed (March 2017), Politico (January 2017), and Daily Caller (March 2017).  All of the journalists reporting at the time were skeptical of the substance of the tale, given who was involved in retailing it.  One of the individuals tangentially named has a link to Mr. Cody Shearer, who, as is invariably the case, has his own “big-league” links to Hillary and Bill Clinton.

This second dossier is now said by the Guardian to be the work of Cody Shearer.  Notably, it also emerged last week that the Senate is looking for information from the Democratic National Committee on any contacts it had with Cody Shearer in 2016 or 2017.

The alleged information on Tillerson mapped back to the fateful summer of 2016, when having meetings with Russians seemed to begin manifesting a kind of Toxic Shock Syndrome.  According to BuzzFeed’s reporters, a South African-born Israeli named Yoni Ariel acquired “documents” showing that $1.6 billion changed hands between Exxon Mobil and the Trump Organization in mid-June 2016, at the same time Rex Tillerson (then CEO of Exxon Mobil) was in Russia for an economic forum.  The money exchange was implicitly a bribe to Trump to make Tillerson part of his cabinet.

Since this was months before the U.S. election, and no one had any basis for assuming Trump would win it, the concept behind this supposed transaction is unrealistic on its face.  BuzzFeed’s writers thought it looked pretty suspicious, and determined to their satisfaction that the documents, which they were able to see, were an unconvincing hoax, chock full of errors.

But they did some due diligence on Yoni Ariel’s connections, including the man who first told Ariel about the supposed “documents,” Sheldon Schorer (a Democratic operative representing expats), and a left-wing activist Schorer reportedly referred Ariel to, Brett Kimberlin.  According to BuzzFeed, Kimberlin says the tale of the “Tillerson” exchange had nothing to do with him.

Politico, meanwhile, had reported in January 2017 that a DNC staffer, Alexandra Chalupa – a Ukrainian-American – had worked for months prior to the November 2016 election on a Manafort-Ukraine angle for sabotaging Trump.  Lee Smith, in his December 2017 article on Glenn Simpson’s long interest in Manafort and Russia, mentions Chalupa as a source of Manafort scuttlebutt for the Clinton campaign.

And in March 2017, after the BuzzFeed article came out, Daily Caller’s Chuck Ross reported that Chalupa had met both Kimberlin and Ariel, on the topic of “Russia’s activities during the campaign,” in Washington, D.C. in December 2016.

According to Ross, little came of the meeting.  But this sentence from Ross’ report stands out:

Chalupa, an activist of Ukrainian heritage who is strongly opposed to Trump, also directed Ariel to the Justice Department, sources told TheDC.

The details in Ross’ report would thus indicate that the supposed information on Manafort and the alleged Tillerson exchange – to which media reporting links Chalupa, Ariel, and Kimberlin – could well have made its way to DOJ as an information package separate from the Steele dossier.

Now add the new data point that Cody Shearer is supposed to have compiled the information in the second dossier.  This almost completes the circle for us.

Shearer, besides being a major piece of work in general, played a key role during the George H.W. Bush years, and the first Clinton campaign for the 1992 election, in hyping Brett Kimberlin’s claim that he (Kimberlin) had sold pot to then-Vice President Dan Quayle, years before when Quayle was younger.  Shearer had known Kimberlin for years, in other words, and used his (Shearer’s) journalistic pulpit to retail a politicized narrative on Kimberlin’s behalf.

But although BuzzFeed and Daily Caller both cite unnamed sources affirming Kimberlin’s marginal role in the “Russia” narrative assembled separately in 2016 (again, Kimberlin denies it), what really completes the circle is Cody Shearer’s membership in the Shearer family, whose ties to the Clintons, including his own, could hardly be closer.

Cody himself was reportedly in Hillary Clinton’s “shadow intelligence” network when she was at the State Department, operating with her associates Sidney Blumenthal and Tyler Drumheller (a former CIA official) to gather information for her outside the U.S. national intelligence apparatus.  So the links are fresh, in that sense.

Cody Shearer isn’t in good odor even with the media of the left, however, which routinely note that in the 1990s, he reportedly took money from a Bosnian war criminal to negotiate (fruitlessly) with Western authorities, wasted the time of the Cheyenne-Arapaho tribe when it was looking for horse-powered help with a federal political problem, and was identified by Bill Clinton accuser Kathleen Willey as the jogger who tried to intimidate her near her home in Washington in January 1998.  (Shearer said he was in San Francisco at the time.)

There’s a lot more.  It’s hard to find something Cody Shearer is known for doing that isn’t off the wall.  (He also worked for Clinton fixer Terry Lenzner in Lenzner’s glorified private-eye service, IGI.)  In a gallery of non-credible dossier-writing suspects, Cody Shearer might be called Suspect Number 1.

But that by itself doesn’t clarify how close his family is with the Clintons.  Fusion GPS’s Glenn Simpson and his wife Mary Jacoby have an Arkansas-centered family link to the Clintons that goes back for 40 years, but the Shearers’ link goes back just as far, and is even closer.

Cody’s sister Brooke Shearer was the wife of Strobe Talbott, Bill Clinton’s Oxford roommate and foreign policy adviser.  Cody’s brother Derek Shearer, a fixture for decades at Occidental College in Los Angeles (no, there is no information that Derek and Obama were in a classroom together), was considered part of Clinton’s “kitchen cabinet” during the 1992 transition; was named to a position in Bill Clinton’s Commerce Department; and served as his ambassador to Finland from 1993 to 1997.  Derek Shearer’s wife served a term as mayor of Santa Monica starting in 1979, and the two of them were high-profile progressives in the city, connected closely with activists Tom Hayden and his then-wife Jane Fonda.

How close were the Shearers to the Clintons?  Derek Shearer’s son Casey passed away, tragically, in 2000, short weeks before he was to graduate from Brown University.  Casey Shearer’s eulogy was delivered by Bill and Hillary Clinton, President and First Lady at the time, speaking together.

According to the AP article calling Derek part of the 1992 “kitchen cabinet” (scroll down at archive link above):

[Brooke Shearer] introduced [Derek] Shearer, then a freelance journalist traveling in Europe, to Clinton 23 years ago in Oxford, England.  The two families have been close ever since.  When the Clintons visited California, they often stayed with Shearer’s parents. [Shearer père was Lloyd Shearer, longtime journalist and editor of Parade magazine. – J.E.]  “They came for relaxing vacations,” says Shearer, now a professor of public policy at Occidental College in Los Angeles (his wife, Ruth Goldway, once served as Mayor of nearby Santa Monica).  “We’d go to the movies, hang out at the beach, play basketball.”  During a California campaign stop, Clinton and Shearer played two-on-two with Shearer’s son Casey, 14, and stepson Anthony, 20, and the old guys won.  Clinton may make Shearer chairman of the Council of Economic Advisers [he didn’t – J.E.], and he may tap Casey for some sage words as well: Before Clinton’s June appearance on MTV, Casey briefed him on rap music.

Cody Shearer’s public profile is stranger than a $3 bill, and he’s the brother of Derek, brother of Brooke, uncle of Casey, running mate in Hillary’s (Guccifer-hacked) stable with Sidney Blumenthal and Tyler Drumheller, and mouthpiece for Brett Kimberlin’s claim to have sold drugs to Dan Quayle.  Plus he got paid $25,000 to fail at freelance negotiating on behalf of Bosnian war criminal Radovan Karadzic in the 1990s.

This is not someone who is going to write a credible dossier on a political opponent of Hillary’s.  The odds are exceptionally good that he was pursuing the same “information” that exercised Yoni Ariel and Alexandra Chalupa, and reportedly involved a referral to or through Brett Kimberlin.  Everything in the big narrative keeps coming back to the same place that “information” does: meetings with Russians in the summer of 2016, and something about Paul Manafort.

The Hillary Clinton link is, as always, noteworthy, and not something to be dismissed.

But for me, the overriding consideration in this case is that any dossier compiled by Cody Shearer is more than likely hogwash.  It’s a really good bet that there’s no need to follow any of it down a rabbit hole.  If “something actually happened” behind Dossier No. 2, it was probably Russians toying with an increasingly demented-looking set of freelance investigators.

DNC running nearly on empty heading into midterm elections
Next Post
Arizona State U. to host workshop on ‘getting in touch with yourself by touching yourself’ 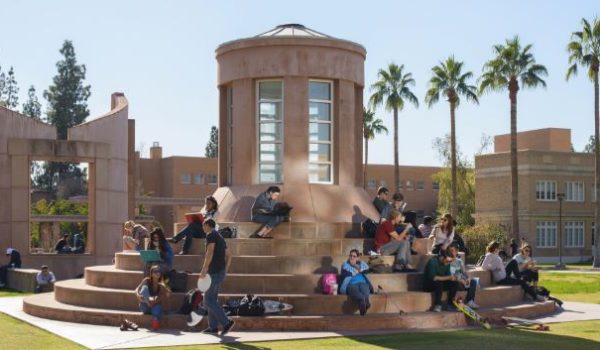