The FBI disclosed to the Senate on Friday that it had “failed to preserve” five months’ worth of text messages between officials Peter Strzok and Lisa Page, whose correspondence has been of ongoing interest in coverage of the Mueller investigation.

From Chuck Ross at the Daily Caller:

“The Department wants to bring to your attention that the FBI’s technical system for retaining text messages sent and received on FBI mobile devices failed to preserve text messages for Mr. Strzok and Ms. Page,” Stephen Boyd, the assistant attorney general for legislative affairs at the Justice Department, wrote to Wisconsin Sen. Ron Johnson, the chairman of HSGAC.

The timeframe could hardly be more freighted if it were a Hanjin shipping container.

It would be significant if only one of the dates coincided with a major development.  As Chuck Ross and others have pointed out, the May 2017 date is the one on which Robert Mueller was appointed as special counsel for the “Russia” investigation.

But the start date is significant too.  The coincidence of both is simply too pat for disingenuous explanation.

Here are the other top things that were happening on or about 14 December 2016.  (I am indebted to Chuck Ross and to Doug Ross – yeah, go figure – for some of the dates that appear in the rest of this post.)

– John McCain provides a copy of the dossier to James Comey.  (We don’t know how much Comey knew before then about McCain’s knowledge of the dossier. But after that date, Comey was aware that McCain knew of it, and that McCain was concerned.  That’s significant; it meant at a minimum that deployment of the dossier for official purposes was out of the narrow control of the executive branch and the Democrats who commissioned it.)

– Obama orders a “full review” by executive agencies of “Russian hacking during the election campaign.”  This information was provided to reporters at a breakfast on 9 December by Lisa Monaco, then Obama’s counterterrorism and homeland security adviser.

– The Washington Post reports (link above) that the CIA shared with Congress its latest assessment of Russian “intervention” in the 2016 election.  The information was provided in a closed-door session with senators the previous week (the week ending 2 December 2016).  WaPo’s report on 9 December was the first public notification about the CIA assessment and Senate briefing.

– Date of the final memo in the Steele dossier.  The memo purports to identify a Russian executive who had orchestrated the hacking of the DNC during the campaign.  Chuck Ross notes this:

The executive, Aleksej Gubarev, denied the allegations after the dossier was published by BuzzFeed on Jan. 10, 2017. He is suing both BuzzFeed and Steele.

It is significant about this final memo that it was written so late, not only after the election had already happened, but after several important post-election events, including the CIA brief to Congress.

– Fox reports that the Director of National Intelligence (ODNI) hasn’t concurred with the CIA assessment briefed to Congress and cited in WaPo’s 9 December 2016 article.

* 14 December 2016 is the start date for the missing Strzok-Page text messages. *

– AP and WaPo report that the FBI has now concurred in the CIA finding that “Russia interfered in the presidential election with the goal of supporting Republican candidate Donald Trump.”  ODNI is also said to now be on board, after Fox reported it was not, two days earlier.  DCI John Brennan reportedly verified this concurrence by contacting DNI James Clapper and FBI Director James Comey directly.

– James Clapper signs a revision to Executive Order 12333 that relaxes rules for sharing information on U.S.-person identities from “upstream-about” queries against the NSA communications database.  In short, the rules were relaxed for sharing “unmasked” identities.

Regarding this last point, the retrospective view is what is important.  Given the extensive use of the database query tool – a key method of executing FISA surveillance – prior to the rules change Clapper signed on 15 December 2016, the 12333 revision looks more and more like what I and others suspected when we first learned of it a year ago: that is, a CYA move.

Attorney General Loretta Lynch, the other official who signed the revision, did so on 3 January 2017.

Now recall what happened shortly before the week of 28 Nov to 2 December 2016, and the revelations of 9 December.

The most important events, other than the election itself, were NSA Director Michael Rogers visiting the Trump transition team in Trump Tower on 17 November 2016, and the Trump team moving its meeting venue to Bedminster, NJ the next day.  Speculation that Rogers briefed Trump on the long-running surveillance by Obama’s agencies, and that that caused Trump to move his team immediately, looks increasingly justifiable in hindsight.*

If it was clear after that sequence that Trump knew he had been under surveillance, that’s one point.  Then McCain’s session with Comey on 9 December made it clear that a key senator knew about the dossier directly from the contractor who provided it, and would probably be wanting a full dig on the matter.  At the very least, he could not be snowed or BS’ed about its basic origins.

In light of those two data points alone, the week of 12 December 2016 takes on a very particular character.

The week of 12 December looks like a scramble to get a unified, Obama-side effort going.  Not only did the Obama agencies need to get their story straight; a plan was necessary to, in effect, head Trump off at the pass.

Assuming he had a good idea (from Rogers’ viewpoint) what had occurred during the campaign – that is, the backdoor surveillance of his team through upstream-about queries – Trump had information that would be very damaging to the Obama administration and the Democrats, if or when it came out.

I said in my last post on this topic that there didn’t appear to necessarily be a centrally organized plan for what to do with the surveillance information collected on the Trump team.  It appears that the FBI’s period of backdoor surveillance peaked before April 2016, and that backdoor surveillance was done by Obama officials with access through the NSC and CIA in the months afterward.

But how much that represented an effort coordinated at the highest level is an open question.  The commissioning and use of the pivotal dossier are linked almost exclusively with the DNC and Hillary Clinton, and with the FBI and DOJ.  No NSC/CIA link, per se, is apparent as regards the dossier.  (We did hear this past week that there may be some form of connection via Christopher Steele to the State Department.  The possibility of that is something I wrote about, before that report, here.)

A working theory would be that any coordination of an anti-Trump plan at the highest level (i.e., somewhere in the Executive Office of the President (EOP), and probably including members of Obama’s post-presidency staff like Ben Rhodes) kicked into high gear in early to mid-December 2016.

We could draw that tentative conclusion looking solely at the previously known events in this timeline.  But now we also know that it’s the Strzok-Page texts starting on 14 December 2016 that someone in the FBI doesn’t want us to see.

* Note: It’s important not to leave the work of sundance at Conservative Treehouse out of the discussion on this.  That work has been extremely diligent and in many ways very helpful.  The reason I don’t feature it more prominently is that I don’t agree with all the ways sundance frames points of fact, or with all his conclusions.

It would take too long to list the few significant analytical disagreements I have, but one example is sundance’s conclusion that Obama would have been receiving updates on unmasked U.S.-person identities through the Presidential Daily Brief (PDB).  I very much doubt that.  The PDB is too formal a document for showcasing such obviously improper information.

I understand that sundance is relying on what Susan Rice said in an interview with MSNBC in April 2017.  But what Rice was doing was giving a boilerplate explanation for unmasking requests from the White House.  She wasn’t describing how exceptionally sensitive unmasked identities would be made available to high-level requesters.

The point is a fine one here, but it’s important.  Rice was talking about what is routine; what generically prompts unmasking requests from the White House.  She was doing that quite obviously to make it seem that whatever is uncovered about her role in the process was routine.

But unmasking the members of a presidential political campaign is not routine (not even ethical).  It’s not something the EOP would leave a formal data trail on.  Putting IDs in the PDB would do exactly that.

I assume that whatever Obama knew, he learned from informal briefs given to him off the record.  The data trail Devin Nunes was alerted to would have come from the work done by mid-level staffers on the NSC staff – work they no doubt kept close-hold.  It probably involved informal records being kept by individual users.  (Again, to understand how this could happen, effectively bypassing formal, accountable processes, see my explainer from August 2017.)

With the caveat that I don’t endorse all his analytical conclusions, I commend sundance’s work to readers for numerous points of fact on which we agree. 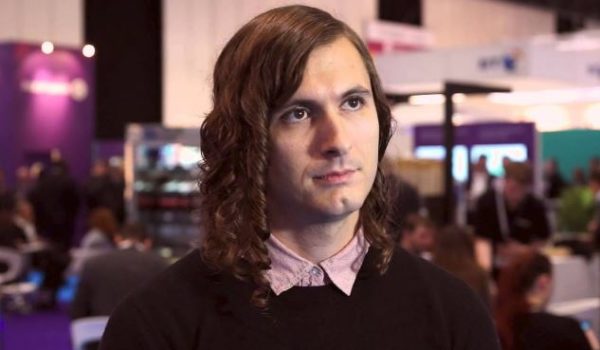 Mainstream media’s go-to-guy on net neutrality is an activist with a troubling history
Next Post
BREAKING: Pipe bomb IEDs detonate at Florida mall; no injuries reported