Get rid of one reason for censoring bad speech, and people will try to come up with others. The University of Alabama expelled a white girl for posting an Instagram video in which she said, among other things, “I f*cking hate ni*gers.”

In the old days, a college might have cited basic axioms of decency or civility to justify disciplining her. But in 1973, in Papish v. University of Missouri Curators, the Supreme Court overturned the expulsion of a graduate student for distributing pamphlets containing profanity and a depiction of policemen raping the Statue of Liberty. It ruled that such speech, “no matter how offensive to good taste — on a state university campus may not be shut off in the name alone of ‘conventions of decency.'”

So the University of Alabama won’t be relying on basic principles of civility to justify its expulsion of her. Instead, it is likely to rely on other rationales that don’t really fit, and would be dangerous for the courts to accept. But that won’t stop if from trying. It will probably borrow the excuses used by the University of Oklahoma in 2015.

When the University of Oklahoma expelled fraternity members for a racist chant celebrating lynching in an off-campus bus ride, its president justified the expulsion by falsely claiming that they had violated Title VI of the Civil Rights Act by creating a racially hostile environment on campus. But that single incident didn’t create a hostile environment under precedents of the federal appeals court with jurisdiction over Oklahoma. (See Bolden v. PRC, 43 F.3d 545 (10th Cir. 1994)). In addition, courts have ruled that laws like Title VI and Title IX don’t apply to off-campus conduct. (See Roe v. St. Louis University, 746 F.3d 874, 884 (8th Cir. 2014)).

The same principles probably apply to the University of Alabama student, Harley Barber. If the University tries to make a “hostile environment” argument for justifying punishing Barber, the argument will founder on appeals court precedent. A long pattern of sexually offensive remarks by a schoolboy to his classmates was found insufficient to violate Title IX in Hawkins v. Sarasota School Board, 322 F.3d 1279, 1288 (11th Cir. 2003). That decision, which is binding precedent in Alabama, made clear that unlike in the workplace, in the school setting, remarks are deemed illegal sexual or racial harassment only when they are both “severe” and “pervasive” and also “have the systemic effect of denying the victim” access to an education. Barber’s offensive video had no impact on any black student’s access to an education.

Court rulings have not allowed colleges to adopt definitions of “harassment” vastly broader than federal law, as would be necessary to justify expelling Barber under a “harassment” rationale. In fact, they have struck down a number of college “hostile-environment” racial or sexual harassment policies as violations of free speech.  (See Dambrot v. Central Michigan University, 55 F.3d 1177 (6th Cir. 1995); DeJohn v. Temple University, 537 F.3d 301 (3d Cir. 2008)). And they overturned the discipline of a fraternity for a racist “ugly woman” skit.  (Iota Xi Chapter of Sigma Chi Fraternity v. George Mason University, 993 F.2d 386 (4th Cir. 1993). After all, the Supreme Court has ruled that the First Amendment protects hate speech. (R.A.V. v. St. Paul, 505 U.S. 377 (1992)).

Moreover, when the Supreme Court ruled that schools could be sued for being “deliberately indifferent” to sexual harassment committed by students against their peers, the court did not suggest that harassment law trumped free speech. Indeed, it specifically said school officials did not need to take disciplinary action that could lead to “constitutional or statutory claims” against them. (Davis v. Monroe County Board of Education, 526 U.S. 629, 649 (1999)).

In addition to citing Title VI, the University might also cite the 14th Amendment as a justification for punishing Barber.  As I have noted in the past, a number of courts have ruled that the 14th Amendment holds school officials liable for being “deliberately indifferent” to student-on-student sexual or racial harassment. As I previously explained, this theory of liability wrongly ignores the Constitution’s state-action limit. Under the state-action doctrine, private discrimination cannot violate the Equal Protection Clause, nor is the government liable for failing to ban it (i.e., being “deliberately indifferent” to it). But even if such liability exists, it would not override the First Amendment.

For example, all courts agree that the Fourteenth Amendment does hold school officials liable for deliberate indifference to racial harassment committed by school employees. That’s because school employees, unlike students, are state actors.

But that generally does not require college officials to restrict speech just because it is hateful. For example, the Ninth Circuit Court of Appeals rejected a racial harassment lawsuit over a white professor’s recurrent racially-charged emails about immigration, which offended Hispanic college employees, in Rodriguez v. Maricopa Community College District, 605 F.3d 703 (9th Cir. 2010). The court concluded that the Fourteenth Amendment was not intended to override the First Amendment, nor to create harassment liability for otherwise protected speech in the college setting.

Barber’s removal from a public university has raised questions of the constitutionality of dismissing a student for using offensive speech.

Three civil rights activists who previously worked for the American Civil Liberties Union sent a letter to [University of Alabama President] Bell on Thursday asking him to rescind Barber’s expulsion. While they were “dismayed and disgusted” by the videos, they wrote, her punishment was “unconstitutional, un-strategic and likely to be ineffective.”… the expulsion was likely an “emotional reaction” to the videos but that the University of Alabama should adhere to the First Amendment’s protection of hate speech…“ wrote Ira Glasser, former executive director of the ACLU; Norman Siegel, former director of the New York Civil Liberties Union; and Michael Meyers, president and director of the New York Civil Rights Coalition.

UCLA Law Professor Eugene Volokh makes a similar free-speech argument at this link. However loathsome it might be, Barber’s video is likely protected under current First Amendment case law. 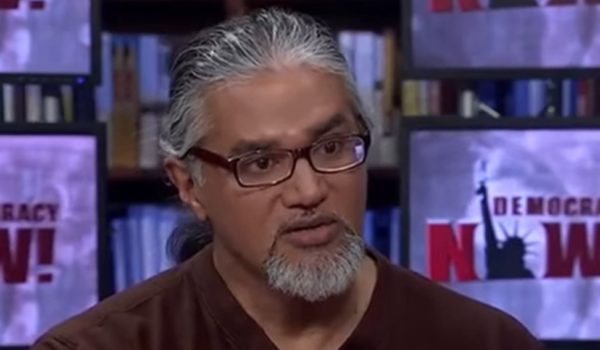