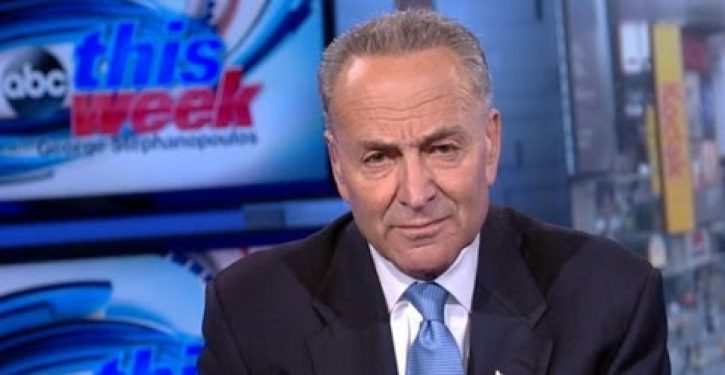 Democrats are threatening to hold national security hostage, potentially costing the economy billions and forcing hundreds of thousands of federal government employees to go without pay in exchange for securing legal protections for 800,000 illegal immigrants.

Congress has three days to strike a deal to keep the government funded through October. If members fail to come to an agreement by Jan. 19, all “non-essential” government employees and active U.S. military personnel will be working without pay (including troops currently deployed). Funding for agencies like federal museums or national parks will also be cut off.

Congressional Democrats are apparently content with allowing military and law enforcement personnel to go without pay to secure protections and benefits for illegal immigrants and members of their extended families.

As the clock ticks closer to the Friday deadline, Senate Minority Leader Chuck Schumer and House Minority Leader Nancy Pelosi aren’t backing away from their demands to tie a legislative solution to the Obama-era Deferred Action for Childhood Arrivals (DACA) program to the must-pass spending bill. Democrats think they have the leverage to force leadership’s hands on immigration, believing a government shutdown would look poorly on Republicans, who hold a majority in both chambers of Congress.

“The fact remains the only way to guarantee the legal status for DREAMers is to pass DACA protections into law and do it now,” Schumer said Wednesday. “For that reason, a resolution to the DACA issue must be part of a global deal on the budget.”

Pelosi has been careful to show her cards publicly, tacitly throwing her support behind a bipartisan agreement struck last week in the House and Senate that shields DREAMers from deportation, maintains chain migration, provides under 6% of the funding Trump asked for construction of the border wall and continues the Obama-era visa lottery program.

The Trump administration, along with a number of conservative Republicans in Congress, are against the proposal, arguing that it does too little to stop chain migration and opens the nation up to a host of economic and national security threats.

The minority leader’s office did not respond to multiple requests for comment from The Daily Caller News Foundation.

Others within the Democratic caucus are more blunt as to what they are asking of Republican leadership, like Rep. Joseph Crowley of New York, the chairman of the House Democratic Caucus.

Sen. Cory Booker of New Jersey said Tuesday that he will vote against any budget resolution that does not include protections for DREAMers.

What Dems Are Really Threatening to Do

Shutting down the federal government has some true and lasting consequences, which is probably why it has only happened four times since the 1970s.

When Republicans were the minority party in 2013, they forced a government shutdown over Obamacare’s individual mandate after years of trying to stop the program from taking effect.

The federal government closed its doors for 16 days, and the results were far-reaching. Some 800,000 federal workers who were deemed “non-essential” were furloughed without pay, and an additional 1.3 million government employees, including active duty military personnel and civilians, had to work without pay.

Military and active duty federal employees were paid retroactively in 2013, but there is no legal guarantee that these individuals will receive payment for their work in the event of a government shutdown. Members of Congress have to first come to a short-term spending agreement before agencies, like the Department of Defense, can authorize paying their employees.

“In case of a potential government shutdown, the Department of Defense has no legal authority to pay any personnel – military or civilian – for the days during which the government is shut down,” the Defense Finance and Accounting Service (DFAS) states.

The 2013 shutdown also cost the U.S. an estimated $24 billion in economic output, according to the Standard and Poor’s ratings agency. Everyday the government shut its doors, the U.S. economy lost (in output terms) $1.6 billion a week, $300 million a day, or roughly $12.5 million per hour.

The chance of Republicans and Democrats striking a budget deal that includes protections for DREAMers and their parents remained slim as of Tuesday evening.

White House Legislative Affairs Director Marc Short said late Tuesday afternoon that he is confident lawmakers will figure out a legislative fix for DACA, but it would be a ” fairly Herculean” effort to get it done before the Friday deadline.

Senate Majority Leader Mitch McConnell urged his colleagues on the Senate floor Tuesday afternoon to pass a short-term funding bill and continue discussions on how to precede with DACA.

“With no imminent deadline on immigration and with bipartisan talks well under way, there’s no reason why Congress should hold government funding hostage over the issue of illegal immigration,” McConnell said, adding:

Now that a federal judge has issued a nationwide injunction preventing the administration from winding down the Obama administration’s DACA program, it is clear that Congress has at least until March at a minimum, and possibly even longer, to reach a compromise.

What Dems Were Saying when Republicans Shutdown the Government

Schumer, Pelosi and others within the Democratic Party were livid when Republicans shut the government down over Obamacare, calling them anarchists and claiming they were legitimately killing Americans.

Schumer went to the Senate floor one week before the government shut down in October to rail against then-freshman Sen. Ted Cruz of Texas for threatening to shut down the government over Obamacare.

The minority leader said that Cruz was effectively holding “the American people hostage until everyone agrees with his view,” adding for dramatic effect:

The senator from Texas think he has the right to trample … the needs of the American people.

Pelosi equated a government shutdown to an “unthinkable tactic,” and said that Republicans using it to force Democratic concessions were “legislative anarchists.”

“Right now, House Republicans continue to tie funding of the government to ideological demands like limiting a woman’s access to contraception or delaying the Affordable Care Act, all to save face after making some impossible promises to the extreme right wing of their party,” Obama said. “You don’t get to extract a ransom for doing your job, for doing what you’re supposed to be doing anyway, or just because there’s a law there that you don’t like.” 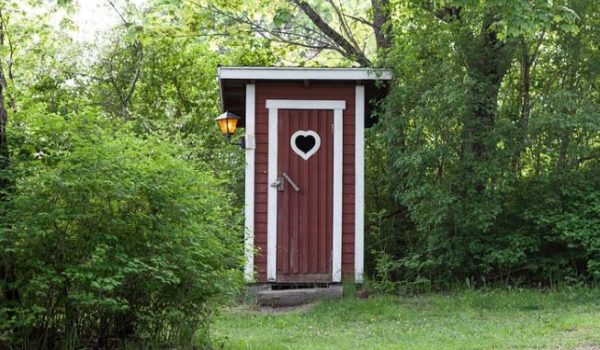