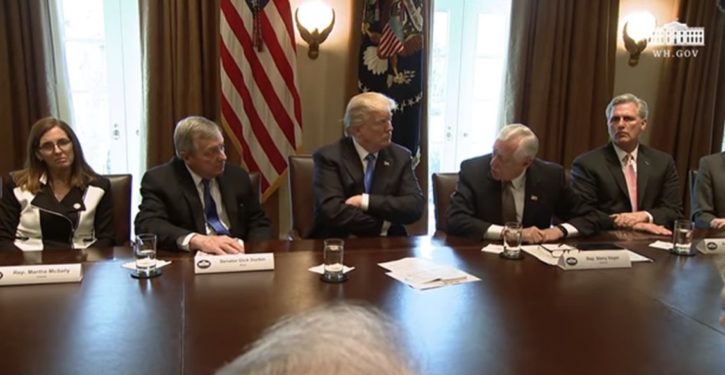 The proposal contains all of the changes to immigration law that Trump has demanded as part of a deal to replace the now-cancelled Deferred Action for Childhood Arrivals (DACA) program, a former President Barack Obama administration order that shielded hundreds of thousands of younger illegal immigrants from deportation.

Dubbed the Securing America’s Future Act, the bill was teased by its sponsors — GOP Reps. Bob Goodlatte of Virginia, Michael McCaul of Texas, Raúl Labrador of Idaho, and Martha McSally of Arizona — in a Tuesday op-ed in the Wall Street Journal. The official rollout Wednesday comes a day after Trump met with a bipartisan group lawmakers to discuss the framework of a bill that would legalize DACA recipients before the program expires in March.

The bill’s authors said the DACA negotiations presented an opportunity to enact tougher immigration law and stave off pressure for a future amnesty of illegal immigrants.

“Americans have been debating how to best fix the country’s immigration system for decades,” they wrote in the WSJ. “Congress has a unique opportunity to act now, before the country ends up with another large population who crossed the border illegally as children.”

A summary of the bill’s provisions reads like an immigration hawk’s wish list. It would fulfill Trump’s four-point plan for a DACA compromise: legal status for DACA recipients, and end to the diversity visa lottery, limits on chain migration, and full funding for the border wall.

The bill also includes several provisions that Trump has not said are necessary to reach a DACA deal, but that immigration hawks have long argued are needed to eliminate the “pull factors” for illegal immigration. Among them are Kate’s Law, which enhances penalties for illegal immigrants who re-enter the country after being deported, and mandatory use of e-Verify, an electronic employment authorization system.

Democrats are almost certain to balk the GOP bill, not least because it does not offer a path to legal permanent residence or citizenship for DACA recipients. The bill instead allows beneficiaries to receive a three-year renewable legal status, essentially reviving the DACA program for the roughly 800,000 illegal immigrants who received protection under the original order.

Despite slim chances of garnering more than a few Democratic supporters, the bill could serve as a starting point for negotiating a DACA replacement.

At Wednesday’s meeting with lawmakers, Trump said he would be willing to place a DACA fix within a “bill of love,” but did not specify what such legislation would entail. The White House clarified Wednesday that any DACA compromise must also do away with chain migration and the diversity visa while also funding the border wall. 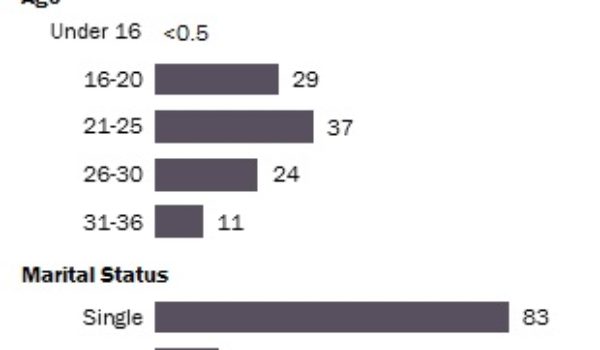