The often-discussed “fake news” epidemic had a considerably less significant impact on voters leading up to the 2016 election than many commentators would have you believe, according to a recently published academic study that tracked news consumers’ online behavior.

The analysis, which relied on the browsing history of a representative sample of 2,525 Americans, found that while a broad swath of those tracked encountered some fake news content, the vast majority had their news diet balanced out by real content from newspapers and network websites. Additionally, intense partisans, conservatives in the majority of cases, viewed the highest volume of fake content, that likely reduced the ability of fake news to swing an election.

“For all the hype about fake news, it’s important to recognize that it reached only a subset of Americans, and most of the ones it was reaching already were intense partisans,” political scientist Brendan Nyhan of Dartmouth College told The New York Times.

“They were also voracious consumers of hard news,” Nyhan, one of the authors on the study, added. “These are people intensely engaged in politics who follow it closely.”

Politicians and pundits now toss the term fake news about with abandon. Yet, the three political scientists responsible for the study examine the concept by relying on a list of 289 websites, compiled by economists Hunt Allcott and Matthew Gentzkow, that have produced at least two demonstrably false articles.

The study further confirms Facebook’s outsize role in the dissemination of fake news, as it directed far and away the most readers to fake news sites.

The social media giant responded to public and congressional scrutiny in 2017 by labeling articles found to be false by independent fact checkers as “disputed.” They changed their approach slightly in December, announcing they will now include the fact check with the disputed article in one’s news feed.

Baltimore residents blame the city’s record-high murder rate on WHO?
Next Post
Cartoon of the Day: Pen-head eraser 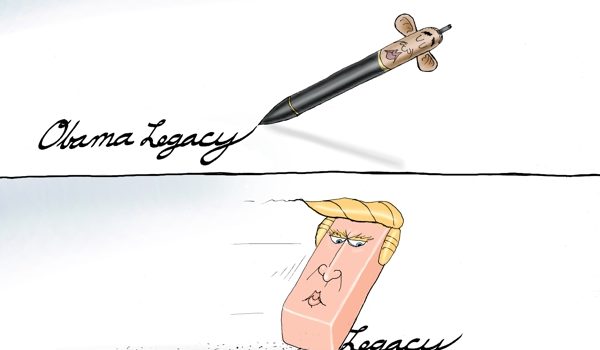