Sunday night, President Trump and his wife attended the late Christmas Eve service at the Episcopal Church of Bethesda-by-the-Sea in Palm Beach, according to the Palm Beach Post.

The following day, Christmas, the other, more famous Post answered back with a critical essay on whether Jesus Christ actually existed. The article was written by Raphael Lataster, lecturer in religious studies at the University of Sydney and author of the “There Was No Jesus, There Is No God.”

The piece opens with a question: “Did a man called Jesus of Nazareth walk the earth?” before heading into a scholarly treatise on the topic.

On any other day, this would be nothing more than the WaPo using its bully pulpit to taunt the 242 million Americans — three quarters of the U.S. population — who accept that Jesus is the son of God. But on a day set aside for celebrating the birth of Jesus, this is sheer hatred speaking.

This latest assault on the religion practiced by America’s founders is hardly one off. A week ago, as Americans got ready to celebrate Christmas, the Post was there to remind us that “White Christianity is in big trouble.”

Lest there be any doubt who the real target of the paper’s antipathy is, in January it carried an article headlined “Liberal churches are dying. But conservative churches are thriving.” One solution to the problem proposed by the article is a transformation toward embracing a less literal interpretation of the Bible.

There is no arguing that right now the country is more bitterly divided than ever. The Washington Post may feel that it is serving its predominantly liberal readership by providing it with ammunition to attack the traditionalists in America — those of us famously called out as “bitter clingers” by the last president.

But even in fractious times like these, there need to be periods of ceasefire. Yesterday was such a period. Shame on the Post for violating the unspoken truce. 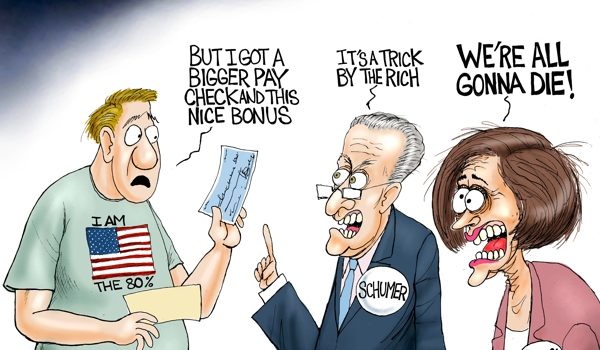