The Senate approved a short-term spending plan to keep the government open Thursday but not without nearly a third of the chamber dissenting for various reasons.

The funding bill, called a continuing resolution, keeps the government open through mid-January. The legislation needed at least 60 votes and passed by 66 votes, with 32 nays and two senators not voting. That’s double the 14 Democrats who dissented against the temporary spending bill two weeks ago.

Most of the nay votes were from Democrats who are desperate to deal with immigration issues. During a caucus meeting Thursday, Democratic Rep. Luis Gutiérrez of Illinois criticized Chuck Schumer for not caring about the future of Deferred Action For Childhood Arrivals (DACA), and for “throwing them under the bus,” the Washington Post reports.

Schumer, who voted no on the spending bill, issued an ultimatum to the GOP that his party would not vote for anything more than a short term bill until Congress addresses immigration and wider domestic spending issues. He also mentioned that the $81 billion emergency spending bill the House passed Thursday would not go forward until the Senate addressed other issues.

“We’re not going to allow things like disaster relief to go forward without discussing some of these other issues we care about,” Schumer said. “We have to solve these issues together.”

Two Republican Senators — Mike Lee of Utah and Rand Paul of Kentucky — joined the dissenting votes for the spending bill. The spending bill again waived rules that would have mandated steep cuts to Medicare and other entitlement programs, which Paul didn’t want to see happen.

Here are all the “nay” votes:

A lump of coal for all. 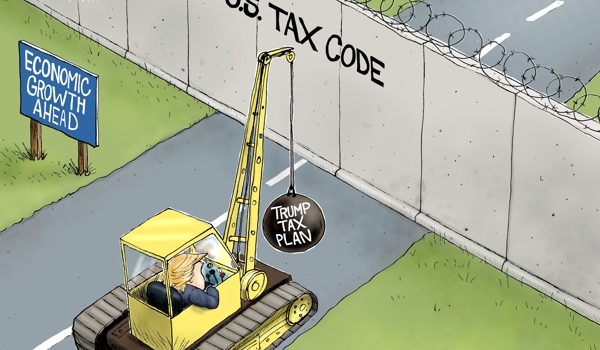 What would it take to get liberals to love new tax reform law? Tell them this
Next Post
Clinton appointee dismisses lawsuit claiming Trump violated Constitution’s emoluments clause