A federal judge declared a mistrial in the case against Nevada rancher Cliven Bundy after prosecutors willfully withheld evidence showing that government agents behaved illegally during a 2014 standoff.

Judge Gloria Navarro dismissed jurors Wednesday nearly one month after a trial began against Bundy and his sons, Ammon and Ryan Bundy, both of whom were accused three years ago of leading an armed standoff with the Bureau of Land Management (BLM).

Navarro showed evidence suggesting prosecutors refused to produce records showing agents conducting surveillance on the Bundy Ranch, and threat assessments about the Bundys dating back to 2012. The prosecutors also did not disclose unredacted FBI logs about activity at the ranch in the days around the standoff.

BLM Special Agent Larry Wooten investigated earlier this year the agency’s behavior leading up to the standoff and found “incredible bias” and widespread misconduct and likely illegal actions by the BLM. Prosecutors shared the information with the Bundy’s attorneys after the investigation was made public Dec. 17.

Agents created a “kill list” featuring people who had committed suicide while under investigation by the agency, according to Wooten’s 18-page report. It also showed agents and officials referring to the Bundys as “retards” and “douche bags,” while other officials bragged about “grinding” a Bundy family member’s face into gravel.

Former Special Agent Dan Love, who was responsible for impounding Bundy’s cattle before the standoff, conducted “the most intrusive, oppressive, large scale and militaristic trespass cattle impound possible” against Bundy’s ranch against the direction of the U.S. attorney’s office, according to Wooten.

Navarro set another hearing for January and has tentatively scheduled a new trial to begin Feb. 26.

Actual replies from the Left to a tweet by Rep. Steve Scalise on tax reform
Next Post
Franken announces a date for his departure 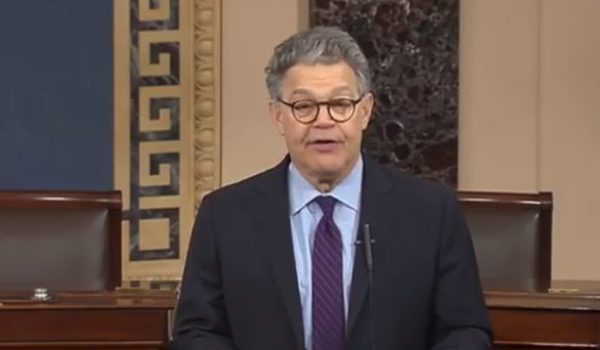