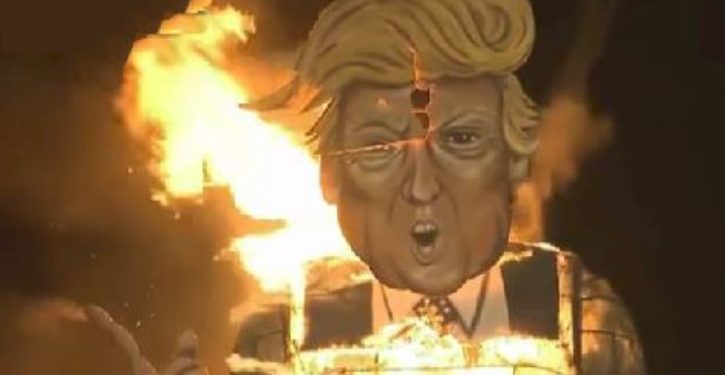 An article in today’s New York Times titled “Trump, Trump, Trump!” How A President’s Name Became A Racial Jeer” so drips with contempt for the fifty-first president that you can almost picture the authors, Dan Barry and John Eligon, salivating as they write.

Celebrating the president’s “otherness” appears to have become the basis for a contest among Times writers. Who can find the topic that most encapsulates “The Gray Lady” staff’s unbridled loathing for the president that can be presented to readers as another ugly “fact”?

Last week it was Trump’s alleged TV viewing habits. Three Times veterans — Maggie Haberman, and Peter Baker, and Glenn Thrush (who himself has been tarnished by accusations of sexual harassment) — devoted 5,000 words to a hit piece claiming that “Trump spends at least four hours a day, and sometimes as much as twice that, in front of a television.”

Today, it’s the “everybody (who counts) hates Trump” theme that merits a couple dozen column inches in the paper of record. Nested in the analysis are hard data like these:

Last year’s contentious presidential election gave oxygen to hate. An analysis of F.B.I. crime data by the Center for the Study of Hate & Extremism at California State University, San Bernardino, found a 26 percent increase in bias incidents in the last quarter of 2016.

The authors avoid providing a link to that source lest the reader discover that a large percentage of these bias incidents were either hoaxes or were initiated by liberals and minorities. But truth is not what the Times is about. Rather the paper’s mission is to reaffirm the rightness of its hatred of the president with passages like this:

Peppered among these incidents is a phenomenon distinct from the routine racism so familiar in this country: the provocative use of “Trump,” after the man whose comments about Mexicans, Muslims and undocumented immigrants — coupled with his muted responses to white nationalist activity — have proved so inflammatory. His words have also become an accelerant on the playing field of sports, in his public criticism of black athletes he deems to be unpatriotic or ungrateful.

Note again how Barry and Eligon conveniently overlook the reality that the majority of Americans agree with the president that players who kneel during the playing of the national anthem are “unpatriotic or ungrateful.” According to a Reuters/Ipsos poll, 58% believe that players should be required by the NFL to stand for the anthem, while 33% oppose that requirement.

The authors go out of their way to interview sources who confirm their own antipathy toward the president. One is historian Michael Beschloss, who famously claimed Barack Obama was the smartest man ever to occupy the Oval Office. Here Becshloss explains how “a president’s very name could become so coded”:

Mr. Beschloss cited Mr. Trump’s speeches and tweets, including two in particular: the announcement of his candidacy in 2015, during which he referred to Mexican immigrants as criminals, drug dealers and rapists; and his equivocating comments after a white supremacist rally and counterprotest in Charlottesville, Va., in June ended with one person killed and 19 wounded. (“We condemn in the strongest possible terms this egregious display of hatred, bigotry and violence on many sides,” the president had said. “On many sides.”)

“This broadened into a feeling by some people — right or wrong — that Trump is going to be a weapon to reduce the opportunities of those who are different,” Mr. Beschloss said. “This is a signal moment.”

Perhaps the most stunning aspect of this despicable piece of yellow journalism is what is not said in it but clearly taken on faith by the authors: that making the president’s name synonymous with what are perceived as his greatest failings is unique.

I refer Barry and Eligon to a blog post at Vocabulary.com devoted to “Obama the Verb.”

From the blogosphere comes news that President Obama’s name has become an eponym, but not in English. In Japanese, Obama has transformed into obamu — a verb that means, according to one blogger, “to ignore inexpedient and inconvenient facts or realities.”

On his blog “Japan from the Inside Out,” Bill Sakovich (aka “Ampontan”) quotes a contributor to a mailing list for Japanese-English translation on the new verb obamu, now becoming popular on the campus of Kyoto University:

It means something along the lines of, ‘to ignore anything which appears to make you likely to fail or (be) wrong, and blindly surge ahead (preferably chanting, “yes we can, yes we can”)’.”

It goes without saying that many of Obama’s detractors stateside have their own definitions of the phrase do an Obama and that some of these are too dicey to repeat in polite company. As to why the Times never saw fit publish an article on how Obama earned the hatred and distrust of a huge segment of the American population, I will leave it to them to explain. 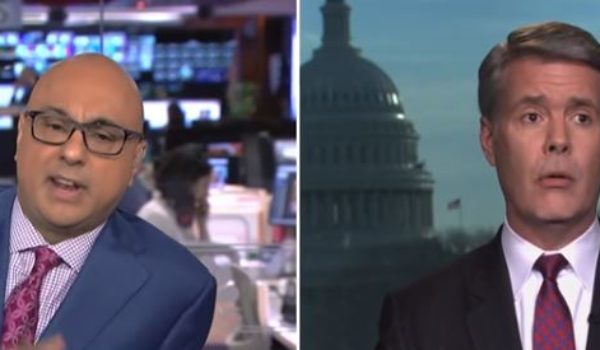 MSNBC host gets schooled, loses it during net neutrality debate with former FCC chairman
Next Post
Mario Batali apologizes for sexually harassing women … then moves on to a recipe 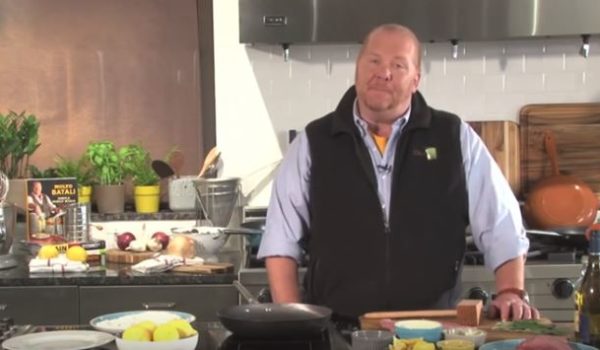