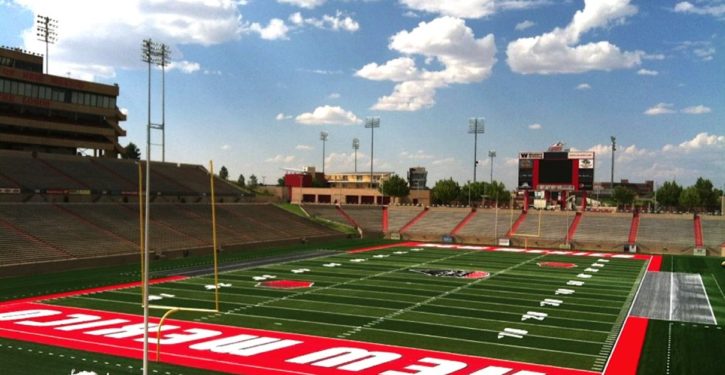 Our basically favorite time of the year is starting, and we need a Booger Central post up so there will be a gathering spot.  All you Booger aficionados out there understand why.

There’s nothing like the parade of Booger Bowls.  The pageantry, the artistry, the football.  The RV loads of tourists decked out in ways that would get them arrested if it weren’t Booger season.  The unbelievable extracurricular recreational opportunities.  The backstory of the most Boogerest bowls of all.

Keep your Final Four and your Sweet Sixteen, your World Series week and your Super Bowl.  The Booger Solstice is what we live for.

Our Inner Circle doesn’t tee up until Friday, and we’ll take things in chronological order here.  But first, some Other Ranks business.

All of you no doubt know that in Div II, Indiana (PA) succumbed last week to West Florida in the semifinal, ending IUP’s excellent tournament run.  Good job, guys, and congratulations to PSAC for sending three teams to the tourney.

That soccer stadium is looking pretty uncovered from here, with the storm coming.  Rain and temps falling into the 40s are predicted.  But we can’t imagine the Florida and Texas fans letting that stop them.  All by itself, for that matter, KCK is an awesome time.

There is also a big asteroid CPA-ing Earth today (passing at its “closest point of approach”), but we doubt that will faze doughty football fans either.  This particular one is 3200 Phaethon, which orbits the sun and swings by us every so often.  It’s due again in 2093.  It won’t be any closer to KCK today than 2 million miles.

This is a different asteroid, incidentally, from the “interstellar” one, Oumuamua, that looks like the planet-killer from Star Trek, at least in the artist’s rendering.  The scientists are agreed so far that Oumuamua is not emitting encoded messages at us, which frankly is a relief.  It seems to be using our solar system as an interstate highway, blowing through at high speed on the way somewhere else.

Oumuamua, in turn, is not the same asteroid as whale-size party-crasher 2017 VL2, which CPA-ed us at a mere 73,000 miles in November, after showing up uninvited and without calling first.  2017 VL2 seems to be an inhabitant of our solar system, and will presumably have a suitably diverse name next time it comes by in 2125.

If it seems like it’s suddenly rush hour in the solar system, well, we couldn’t agree more.  Besides staying on track with our football, there appears to be only one proper response to that. 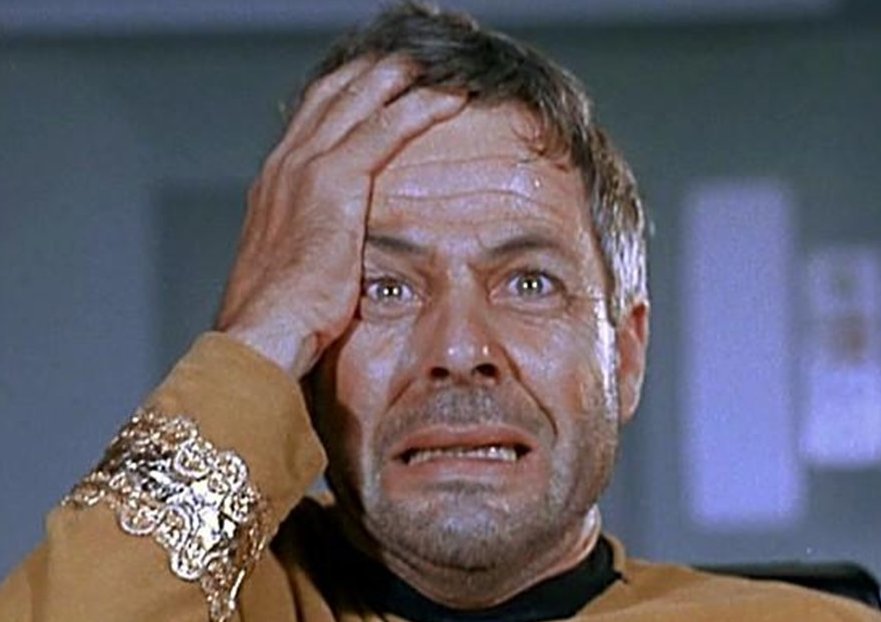 Fortunately, the Div III championship game was already played last night, and Mount Union blanked the 2016 champs, Mary Hardin-Baylor, 12-0, to tote home the trophy for the thirteenth time.  Congratulations and well done to the Purple Raiders, once again.

If they get to next year’s Stagg Bowl (I know; “If?” Right), the Purple Raiders will have to go to Shenandoah, Texas to play.  Div III is leaving its long-time digs in Salem, VA, which seems sad, in a way, although they are going to Texas, for the next two seasons at any rate.

We, personally, wouldn’t have parked it quite as close to Houston as Shenandoah, where Woodforest Bank Stadium will perform as host.  But at least it’s Texas; in 2020, the Stagg Bowl will move on to Canton, Ohio, which of course will be extra convenient for Mount Union, and has many worthy attractions to its name, but will carry weather hazards as well.

Still, if the spirit of Amos Alonzo Stagg is with them, the Div III champions can’t go too far off track.  We wish them well.

Now it’s on to the Booger-Fest.

As I type, Troy and North Texas are first out of the gate, clashing in the R+L Carriers New Orleans Bowl, with Troy leading 15-0 in the 1Q.  We feel sure our Mean Green will put some points on the board before it’s all done.  We could also swear the crowd in the Mercedes-Benz Super Dome looks bigger than the typical NFL crowd this year.  (It’s now much later in the game and Troy is up 50-23.  UNT has had a couple of spectacular offensive plays though.)

Next up are Georgia State (6-5, Sun Belt) and Western Kentucky (6-6, C-USA New Blood) in the AutoNation Cure Bowl, which raises money for breast cancer research.  The Cure Bowl rolls in Camping World Stadium in Orlando, which we used to like until Camping World got an attitude about the president.  It’s a disease.  Anyway, they’ve offered free mammograms at the pre-game tailgate party in previous Cure Bowls, if you’re into that.  But they’re not advertising that service this time around.  Georgia State is giving 7.  (Panthers up in the 2Q as this heads to completion.)

The Las Vegas Bowl, which is sponsoring itself this year thank you very much, has the most sensible bowl name it’s had for a very long time, and will kick off at 12:30 LVT between #25 Boise State and Oregon.  The proximity and size of the schools should make for a capacity-size crowd and a load of fun.  O-Ducks give 6.5, but even if both teams are a bit off their recent pace, this one ought to be competitive.  (17-0 Broncos in the 2Q.)

An hour later, Marshall (7-5, C-USA Remnant) and Colorado State (7-5 MWC) meet in one of our Booger faves, the Gildan New Mexico Bowl, which celebrates its inaugural outing in the new Dreamstyle Stadium in Albuquerque.  We feel sure you’ll miss your tip if you don’t have your remodeling project done by Dreamstyle, the stadium sponsor.  But if you’ve got that taken care of and you’re still fired up after the game, don’t miss the Santa Claus Pub Crawl tonight, organized by the ABQ Trolley Company (tickets $20 a head).  CSU gives 3.5.

Rounding out the evening will be the Raycom Media Camellia Bowl, in which Middle Tennessee (6-6, C-USA New Blood) will collide with Arkansas State (7-4, Sun Belt).  Speaking of weather, they’re not having any in Montgomery, Alabama, possibly because of the recent election there, about which you may have heard some buzz.  It makes for easier football, at least.

We’ve worn ourselves out mentioning that the old Camellia Bowl was an Other Ranks thing from 1961 to 1980, and featured championship performances by such leading lights as Boise State, North Dakota State, and Central State-Oklahoma (which became our own UCO).  So we won’t keep pointing that out.  In the meantime, the new Camellia Bowl, in its FBS incarnation, sees Arkansas State favored by 3.5.

The next vulnerability window for Booger football comes on Tuesday, 19 December, with the Cheribundi Tart Cherry Boca Raton Bowl (motto: “We are not making this up”), conveniently located in Boca Raton.  It’s doubly convenient for Florida Atlantic (10-3, C-USA champs) because it’s their home field.

Opponent Akron (7-6, MAC) is only a bit of a slouch, having managed to off Ohio, unexpectedly, for the opportunity to be pounded to dust by Toledo in the conference title match.  The Zips may provide us a reasonable game, even if the Owls (who, we are credibly informed, are referred to colloquially as “Kiffin’s Hooters”) are giving 23 in today’s line.

We know you knew that the title sponsor makes tart cherry juice. Available at fine retailers near you.

Wednesday sees the matchup of Louisiana Tech (6-6, C-USA Remnant; motto: “Don’t say WAC or we’ll pop you one. No, don’t say it. Shut up!”) and SMU (7-5, AAC), in the DXL Frisco Bowl in Frisco, Texas.  This is a shortish hop for the Bulldogs, and an even shorter one for the Mustangs.  We’re very high on this bowl, because although young yet, it bids fair to do Boogerdom proud, having started life only in 2014 as the Miami Beach Bowl, and in its inaugural iteration offering a game program with a cover designed by a renowned graphic artist.  There’s no currency on Earth in which you can buy that kind of Booger cred.

Our very own Tulsa vaporized Central Michigan 55-10 in last year’s Miami Beach Bowl, possibly the traumatizing event that precipitated its sale to ESPN Events, which paired it with DXL and moved it to Toyota Stadium (soccer) in Frisco.  This extremely promising beginning is likely to only gain a higher Booger sheen as time goes by.

Pro tip for the non-Texans out there: head to Fort Worth for your extracurricular, extra-Friscocular entertainment.  Trust me on this.  SMU’s giving 4.5.

Thursday, 21 December, is the winter solstice, but its real distinction this year is that Temple (6-6, AAC) will meet Florida International (8-4, C-USA Remnant) in the Bad Boy Mowers Gasparilla Bowl (motto: “You only wish”) in Tropicana Stadium.  If you’ve ever seen Gasparilla, the annual pirate-fest in the Tampa-St. Pete area, you understand immediately why this had to be.

Meanwhile, you may think you’ve never seen this bowl before.  But it probably qualifies as number 2 or 3 on the Shock-n-Awe of Booger Bowls honor roll, because you have seen it; it’s just had five different names since 2008.  It’s been the magicJack, Beef O’Brady’s, Bitcoin, and St. Petersburg Bowl.  2017 marks its first year as the Gasparilla Bowl.

Temple trash-tweets its weather-disregarding practice habits, because they do that in Pennsylvania.

Yes, we have an AMAZING INDOOR FACILITY but our guys are #TempleTUFF & wouldn’t want to practice any other way. ⛄️ ❄️ ⛄️ pic.twitter.com/f8vYbJM3OQ

Finally, we get to Friday, 22 December.  But we still have to get past the Bahamas Bowl (motto: The Only FBS Bowl to Award a Prime Minister’s Trophy with a Conch Shell).  Not that we wouldn’t kind of like to dwell on it, since it’s played in Nassau (game-day forecast sunny and 82).  You’ll remember it from before as the Popeyes Bahamas Bowl, but Popeyes has had a change of ownership, and the Bahamas Bowl is on its own for the time being.  UA-Birmingham (8-4, C-USA Remnant) will be meeting Ohio (8-4 MAC), which should be a good time.  Bobcats are donating 7.5.

At 2 PM Friday, Mountain Standard Time, the LU Football Nation Inner Circle takes the field for the first time in the 2017 Booger-Fest.  Our Wyoming Cowboys (7-5) play host to Central Michigan (8-4) in the Famous Idaho Potato Bowl, whose Booger cred is legendary.

There’s only one game trophy that features a bowl holding a starchy tuberous root crop.  (You can look it up.)  That alone confers the kind of Booger cred you could launder rubles through six banks on Caribbean islands and still not be able to buy.

But if you’re a fan with a few free hours on 19 December, you can also participate in one of two “Go Kart Racing or Winter Sports” events at Bogus Basin sports park, where the handy live-cams keep you apprised of the sporting conditions.

All that and football too?  Count us in.  We’re looking at no precip all week: right around freezing on Bogus Basin day, and just below it for the bowl game kickoff on Friday.

Sufficient unto the week, as always, are the bowls thereof.  Believe me, we haven’t forgotten that Toledo and Army lead us off next Saturday. 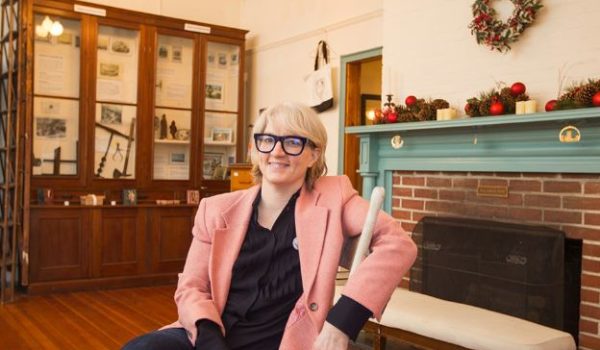