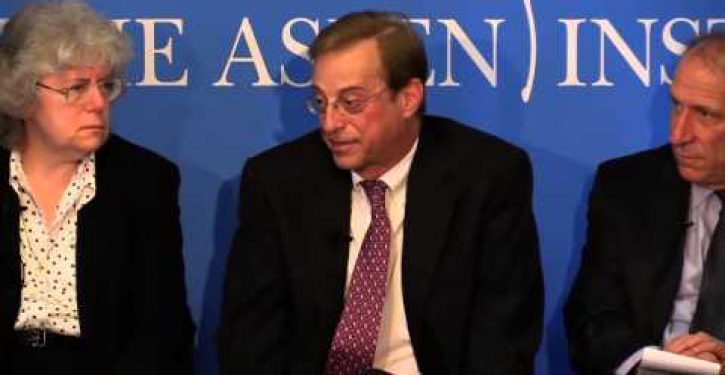 Many people are worried that companies like Netflix will raise prices now that the Federal Communications Commission (FCC) voted 3-2 Thursday to repeal internet regulations imposed by the agency in 2015.

But is this fear of more expensive video-streaming services due to the reversion of policy legitimate?

“Netflix acknowledged long ago that these kinds of costs of delivering streaming video are minimal to their bottom line,” William Rinehart, director of technology and innovation policy at the American Action Forum, told The Daily Caller News Foundation, adding:

Moreover, they announced a month before this new regulation was released that they were going to raise prices to develop more content. Content development is driving cost increases on platforms, not this simple regulatory change.

The aforementioned regulatory reform is in reference to the rollback of so-called “net neutrality” rules mandated by the FCC during the later years of former President Barack Obama’s administration.

Net neutrality is a vague concept generally meaning all internet traffic should be given equal treatment. This often means internet service providers (ISPs) shouldn’t be allowed to partake in unfair practices like throttling video-streaming from content creators or offering faster speeds for higher paying customers.

Many proponents of the principle believe that the best way to enforce these ideals is to classify the internet as public utility under the Title II category, and have the FCC police the larger involved industries.

Critics of the now-former net neutrality rules, and thus supporters of the repeal, believe that enforcement is best served by the Federal Trade Commission (FTC), which, along with the anti-competitive oversight of the Department of Justice, was on the beat up until 2015.

Advocates of strong net neutrality protections through Title II classification have for months clamored that the internet as the country has known it will forever be changed. Headlines on articles read “Trump’s FCC Wants To Kill A Free And Open Internet” and “White House Endorses FCC Chair Ajit Pai’s Quest To Murder Net Neutrality,” as noted in a prior piece by TheDCNF.

Jon Leibowitz, a Democratic commissioner at the FTC from 2004-2013 spanning two bipartisan administrations, felt the need to write an op-ed for The Wall Street Journal (which officially endorsed Pai’s rollback) titled “Everybody Calm Down About Net Neutrality.”

Some of those concerns alluded to by Leibowitz include “Will my Netflix price go up?”

Several experts told TheDCNF that Netflix prices will not go up, and as Rinehart asserted, if they do, it won’t be because of the rule change.

“Netflix uses the Amazon cloud computing platform, AWS. There’s not going to be any change in their operations,” Richard Bennett, founder of High Tech Forum and one of the original creators of the WiFi system, told TheDCNF. “Netflix’s costs are dominated by media license fees and production costs, and they’ve alway said communication costs are insignificant.”

Why, then, is Netflix opposed to Pai’s decision and why was it once a fairly outspoken advocate of the rules that involve government oversight?

“We’re disappointed in the FCC’s decision to gut the net neutrality protections that ushered in an unprecedented era of innovation, creativity and civic engagement,” a Netflix spokesman says in a statement. “Netflix will stand with innovators, large and small, to oppose this misguided FCC order.”

Such a response may be somewhat discreet due to the prospect that if government was the arbiter and facilitator of much of the internet’s complex system, it could place price caps on broadband and control what ISPs charge both individuals and content creators such as Netflix.

“Netflix and Hulu have softened their tone on the repeal or have declined even to comment,” Roslyn Layton, a visiting scholar at the American Enterprise Institute who also served on the 2016-2017 FCC Presidential Transition Team, told TheDCNF. “You can recall that immediately after the imposition of the 2015 rules and Title II, Netflix noted that they wished a solution could have been reached in another way.”

Bennett, who says the new approach is better than the 2015 order but won’t be perfect until Congress adds clarification to U.S. internet policy, says bluntly that the net neutrality rules were to benefit only certain players:

The 2015 rules were designed to protect Google and Facebook from competition from ISP platforms for Internet ad sales; this action makes that market more competitive,” says Bennett. “In recent months, Google and Facebook have sold 100% of the Internet’s new ads, and that’s not a desirable situation.

The Netflix representative confirmed one of Bennet’s assertion and says it wouldn’t raise prices due to the repeal. He also says that customers can expect the same Netflix, and from time to time, its “plans and pricing are adjusted as we add more exclusive TV shows and movies.”

Ernesto Falcon, legislative counsel at the nonprofit digital rights group the Electronic Frontier Foundation, says the effects of the repeal are not so much about Netflix, but rather small businesses.

“The real danger is for the future competitors of Netflix because they will not have the disposable cash on hand to compete in a pay to win structure the FCC endorsed,” Falcon told TheDCNF. “[Eventually], the real fight will be what ISPs expect to extract in terms of rents from these companies with their market power.”

He isn’t so much worried about more “established firms” like Google, Facebook, and Netflix altering their platforms or pricing, but rather that they “will be lured into striking exclusive priority deals with ISPs” cementing dominance in the process. (Falcon is a potential candidate for one of the Democratic FCC Commissioner’s seat, that is expected to open up sometime in the next year.)

Ferras Vinh, policy counsel at the Center for Democracy & Technology, says it’s too difficult to say if Netflix will raise prices because of the repeal. This may lead to ISPs offering paid prioritization to Netflix or competitors. Netflix, though, has raised prices a number of times in the past two years while Title II was in effect. And “today’s giants did grow up without Title II regulation, and they benefited from the permissive, light-touch regulatory framework from the 1990s to 2015,” says Joe Kane, tech policy analyst at the think tank R Street.

Nevertheless, Vinh’s real concern, like Falcon’s, is that paid prioritization will create a barrier for startups and budding businesses that can’t afford increased fees.

“The rules implemented by the FCC in 2015 were merely designed to preserve the internet as we know it today, outlining fundamental protections for users in their relationship with internet service providers,” said Vinh.

Specifically it invoked the policy in 2014 during peering negotiations with Verizon and Comcast as a means to put public pressure on the companies and to drive down the transit fee. Netflix locked in a great deal.

She says its also “fair to say that Title II does bring content companies into dangerous territory in that it opens FCC purview to their pricing and practices too.”

All in all, according to the diverse set of afore-named experts’ opinions, it’s not exactly clear what will happen with video-streaming companies like Netflix. What is more clear is that the FCC’s official removal of net neutrality rules quickly authorized in 2015 will likely not have an immediate effect on Netflix and similar companies.