If the mountain won’t come to Muhammad…

Britain’s major health organization is now asking pre-teenage students in schools across England to take a survey asking whether they feel comfortable with their biological identity.

“Do you feel the same inside as the gender you were born with?” the survey asks, according to Express News. The survey also asks the students to check a box indicating what their “true” gender is. The options include “boy,” “girl” and “other.”

Britain’s National Health Service (NHS) used a foundation trust to send the survey to schools across northwest England. “At a time when children are growing up and having to deal with all sorts of challenges of the modern world, now they are being asked to confront their gender,” Tim Loughton, the former Conservative children’s minister, told The Telegraph.

Young school children will likely become unsettled by the questionnaire because they are just beginning to navigate the intricacies of the teen years, and presenting them with the problematic survey might have poor consequences, he claims.

“Clearly we need to be sensitive about the issue of gender and sexual orientation but forcing children to question whether they are the right gender so early on can be deeply destabilising,” Loughton said.

The survey is meant to help teachers better understand and support children who are struggling with their identity, NHS says, but a myriad of parents and educators worry the survey will simply confuse students. Most 10-year-olds know very little about gender.

“I don’t want someone putting into my daughter’s head that she might not be happy with her own gender,” Lyndsey Simpson, whose ten-year-old daughter was given the survey, told The Telegraph.

“Mermaids” — a charity for transgender kids that works to raise awareness about gender nonconformity in children — has reported a 700 percent rise in calls and emails in the last year three years, according to Express News.

“Children are accessing YouTube channels and they are self-identifying much younger,” a Mermaids manager said at a Royal Society of Medicine conference. The group lobbies for improvements in professional services for youngsters with gender dysphoria, as well as works to reduce isolation, loneliness, and suicidal tendencies for young people dealing with gender issues. 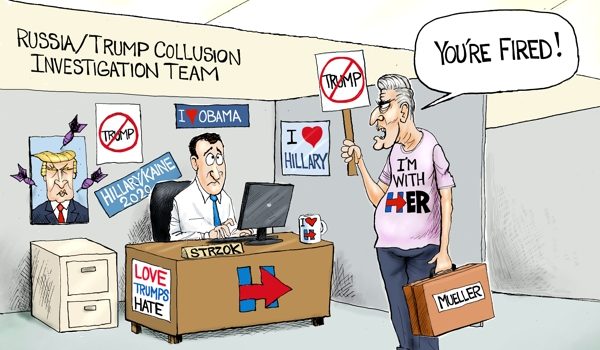 Cartoon of the Day: The Apprentice
Next Post
Can a president obstruct justice? Yes, but not by doing any of the things we know Trump has done.