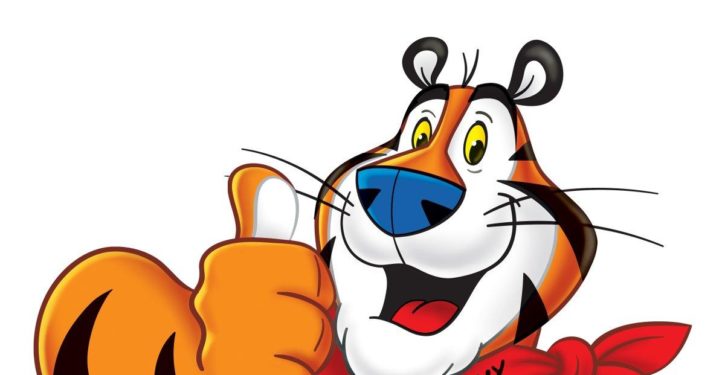 The UK government has warned food manufacturers worldwide that they have until 2020 to reduce sugar in their products aimed at kids by 20% or else. The “else” in this equation? According to The Telegraph, companies that fail to comply will “named and shamed by the Government.” Ouch!

Anyway, U.S. cereal giant Kellogg’s initially tried producing a reduced-sugar version of its Frosties (the British variant of the company’s signature frosted flakes), but it flopped.

Then Kellogg’s had a brainstorm. Why not promote Frosties as an adult cereal? Suddenly, Tony the Tiger, the iconic spokesman who has graced boxes of the cereal since its inception, was declared an “adult cartoon” with appeal for millennials.

The company further argued that just one in five consumers of Frosties was a child, which is technically correct: “Official data shows [sic] the UK population is made up of roughly five times as many adults as children.”

Jenny Rosborough, campaign manager at an advocacy group called Action on Sugar, wasn’t having any of it. “I am not convinced that Tony the Tiger doesn’t appeal to children,” she said. “Frosties is a very popular cereal, and while Kellogg’s claims it is now not aiming it at children, children will still eat it.”

But Tam Fry, a spokesman at the National Obesity Forum, was more accepting of Kellogg’s subterfuge, saying:

Frosties is a Kellogg’s classic and they won’t want to do anything about that.  At first glance making them an adult cereal appears to be a way of getting round the regulations.

The State Department’s problems go far beyond Rex Tillerson
Next Post
Looking for Antifa fan gear? Walmart’s got it 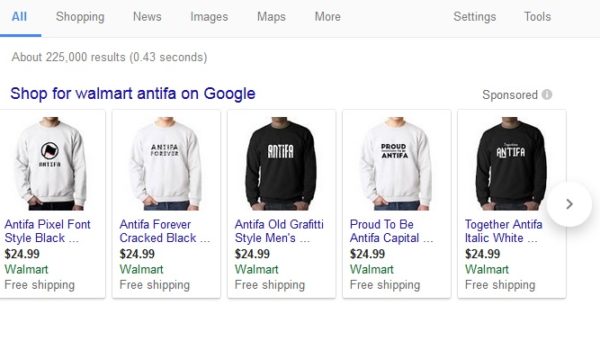