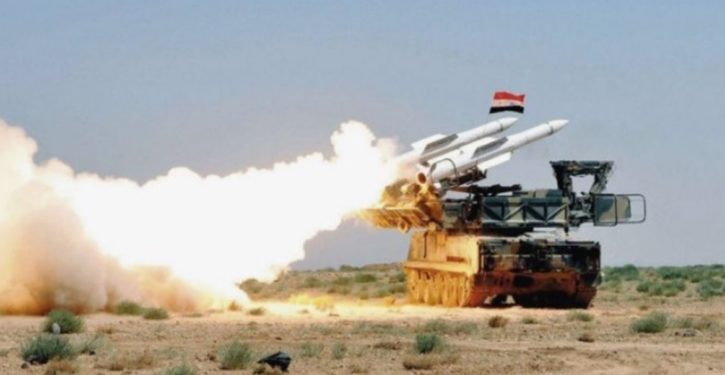 A Syrian Buk M2e in an air defense exercise. (Image via Pakistan Defence)

There will be more analysis of this event from the early hours of Saturday morning, and I won’t make any attempt at a comprehensive discussion here.  I want to highlight just one thing that seems to come out of the reporting on it so far.

The reports say that Israeli aircraft launched air to surface missiles at a target near Damascus.  I’ve seen reports that the target was on the west side of Damascus (link below), and that it was south of Damascus.  It’s quite possible it was a set of targets and there were strikes in both areas.

#BREAKING: At least 12 Iranians reported killed in ‘Israeli strike’ on Iranian base south of Damascus, according to Arabic media pic.twitter.com/ahiVycMx6p

The Israeli jets were said to be operating over Lebanon and to have made their launches from across the border – a typical profile for Israeli strikes, which usually concentrate on weapons caches, manufacturing, and transport between locations in western Syria and Lebanon.

Multiple Arabic news sources have reported that the Syrian air defense force fired anti-air missiles during the strike.  The missiles were said to have come from Mezzeh airbase.

That would be compatible with the report from Southfront that the missiles launched were from a Buk M2e system (NATO designation SA-17 Grizzly, with a range against an F-15 of up to 50 km/30 statute miles, depending on altitude).

One tweep noted that the missiles were fired without hitting the Israeli aircraft.

But it’s quite possible the air defenders weren’t trying to hit the Israeli aircraft.  In addition to Southfront, a report posted in the Pakistani Times of Islamabad, which cites Arab news source al-Masdar, indicates as much (emphasis added):

The news agency, citing an unnamed military source, reported that a number of Israeli missiles were fired toward the 1st Division ammo depot in the western countryside of Damascus, adding that the Syrian Air Defense managed to intercept some of the projectiles before hitting their designated target.

The Buk M2e can do that for you.  It has capability against cruise and ballistic missiles (i.e., short range ballistic missiles) as well as manned aircraft and drones.  We don’t know for sure, of course, if the “Israeli projectiles” were actually intercepted.  It would certainly be interesting to know that.

We also don’t know who was operating the Buk M2e.  It may have been Russian “trainers.”  But it could have been Syrian operators, since the weapon system was delivered to Syria as part of a sale in 2011, and has been operational there for several years.

As for the Israeli air-to-ground weapons being fired at, they could well have been the SkySnipers the IAF probably used in the strike in September 2017 against the Masyaf special weapons facility in Hama Province.

The SkySniper is an air-launched rocket that can deliver a building-busting payload (e.g., a 2,000-pound-class warhead).  It was debuted by IAI – quietly, but publicly – in 2016.  See the SkySniper link above for additional links on its provenance and apparent use in September.  A unique feature of the SkySniper is that it would approach its target with the trajectory of a rocket or ballistic missile, rather than in a powered dive (cruise missile) or on a glide path (like a TACAIR-delivered JDAM).  The Buk M2e is capable against aerial targets on such approaches.

But there is no data-set on the real-world performance of systems and counter-systems like this, because they haven’t been used in combat – up to now.

Just one of the fresh aspects of this fascinating modern world we live in.  Israeli and Russian state-of-the-art weapons, very possibly proving themselves in next-gen combat, in Syria.

Americans should never long to be participating in such evolutionary passages.  But we had better be studying them. 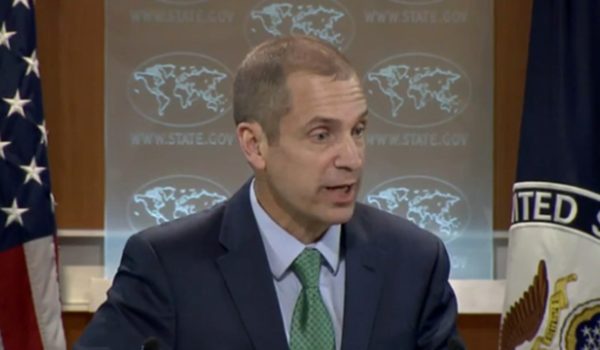