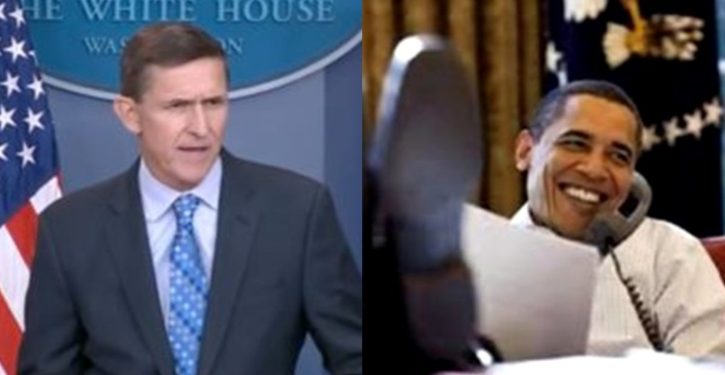 Former national security adviser Michael Flynn entered a plea on Friday to one count of making false statements to the FBI.

This is a typical outcome of special counsel investigations.  They find no underlying crimes, and can only prosecute process crimes that occur solely because the investigation is taking place.

Fox News has the unvarnished substance of the false statements Flynn pled to:

According to the charging document, those false statements were that:

In other words, Flynn did have exchanges on these topics, in these terms, with Russian Ambassador Sergei Kislyak, and has pled to telling the FBI he didn’t.

The FBI was able to detect that Flynn made false statements about what he said to Kislyak because the Kislyak conversations were being monitored.

And we’ve known since 23 January that the calls were being monitored, and that the FBI had found no wrongdoing in Flynn’s exchanges with Kislyak.  That judgment was reportedly reaffirmed three weeks later, just after Flynn’s resignation in February.

In other words, if there had never been an investigation of Flynn at all, it would have made no difference to the affairs of our fair Republic, because there was no crime to look into.

Not having Flynn’s original statements to the FBI in front of me, I can’t say what was false about them.  But at this point, we are justified in wondering if that is a matter of interpretation.  (E.g., Flynn may have misremembered the exact course of each exchange, or simply have forgotten specifics such as Kislyak’s response to the 29 December discussion.)

Flynn reportedly decided to take a plea because he can’t afford the cost of a defense in court.  He’s having to sell his home as it is, to help cover his legal costs to date.  As Andrew McCarthy notes, Flynn is unlikely to do any jail time:

Assuming Flynn cooperates fully with Mueller’s investigators, there will be little, if any, jail time.

It’s worth making this point, in passing: it may not have been illegal, per se, for U.S. authorities to “unmask” Flynn in his phone calls with Kislyak – which they had clearly done prior to 23 January; i.e., long before Mueller was appointed as a special counsel.

The legality of it is legitimately a gray area, because monitoring of Kislyak is done for national security reasons, and the executive branch’s discretion over the unmasking of U.S. persons for national security purposes is effectively all but absolute.  (Whether it was ethical, or should be legal, is another question, and one Congress should take up, given the extraordinarily broad use of this power by the Obama administration.)

What was unquestionably illegal was someone with a clearance leaking Flynn’s unmasked identity in those phone calls to the media two weeks earlier.

Meanwhile, for the ignorant who imagine that there was something untoward in Flynn’s contacts with Kislyak during the transition period, consider an event from the Obama transition in 2008.

Described by Time as “Obama’s first diplomatic test,” it was reported on 13 November 2008, nine days after the presidential election.  The issue, like U.S. sanctions on Russia and the UN vote on the anti-Israel resolution in December 2016, carried significant freight:

The day after Obama’s election, Russian President Dmitri Medvedev publicly threatened to deploy missiles near the borders of two NATO allies to counter the Bush Administration’s plans to install antimissile systems in Poland and the Czech Republic.

Obama’s team didn’t “defer” to the Bush administration with zero contact or silence on the matter – nor is there any reason why it should have.  According to Time’s account, this is how it played out:

Obama politely returned Medvedev’s congratulatory Nov. 8 phone call and laid out for his Russian counterpart his own view of the U.S.-Russia agenda. Aides say Obama and Medvedev discussed substantive issues in the call, but missile defense didn’t come up.

Around the same time, however, Obama also spoke to the president of Poland.

Obama returned the congratulatory call of Polish President Lech Kaczynski and discussed the U.S.-Polish alliance. After the call, Kaczynski released a statement claiming that Obama had promised “that the [U.S.] missile-defense project would continue.”

That presented the Obama team with a second dilemma. Poland is an important ally, with more than 1,000 troops in Afghanistan. On the other hand, Kaczynski broke protocol by releasing details of the private call. What’s more, aides say, he mischaracterized what Obama had said.

Denis McDonough, a top Obama aide, released a statement saying that during the call the President-elect had not endorsed the antimissile deployment but had simply repeated his strategically ambiguous position from the campaign. “[Obama] supports deploying a missile-defense system when the technology is proved to be workable,” McDonough said. In an apparent attempt to soften Poland’s embarrassment at being publicly contradicted, Obama had Vice President–elect Joe Biden quietly follow up with a call to Kaczynski on Monday, aides say.

Even Time was able to articulate the predictable effect of this sequence (all of which, remember, occurred in the first nine days after Obama’s election, but more than two months before he took office).

The Russians, however, now think they may be able to back Obama away from the Bush Administration’s commitment to deploy the missile-defense systems to Poland and the Czech Republic. On Wednesday, the three main Russian news agencies quoted an unnamed Kremlin source as rejecting the latest efforts by the Bush Administration to assuage Moscow’s fears and suspending talks with Washington on the issue. “We will not give our agreement to these proposals,” the source is quoted as saying, “and we will speak to the new Administration.”

Although Time briefly downplays it, that is the definition of having a policy effect through your discussions with foreign parties, while not being the sitting presidential administration.

(Remember that, when the media try to suggest that Flynn’s prior coordination of his calls to Kislyak with senior Trump officials is somehow evidence of skulduggery.  As The Hill story indicates, the media are already at work on that theme.)

It’s even illuminating to ask yourself, if you do it honestly, whether an Obama team member, under questioning by the FBI, might end up months later making a false statement or two about the content of such exchanges – regardless of the reason for such an error.

McCarthy concludes that this is all the blood Mueller is going to squeeze out of Flynn:

Nevertheless, as I explained in connection with George Papadopoulos (who also pled guilty in Mueller’s investigation for lying to the FBI), when a prosecutor has a cooperator who was an accomplice in a major criminal scheme, the cooperator is made to plead guilty to the scheme. This is critical because it proves the existence of the scheme. In his guilty-plea allocution (the part of a plea proceeding in which the defendant admits what he did that makes him guilty), the accomplice explains the scheme and the actions taken by himself and his co-conspirators to carry it out. This goes a long way toward proving the case against all of the subjects of the investigation.

That is not happening in Flynn’s situation. Instead, like Papadopoulos, he is being permitted to plead guilty to a mere process crime.

If Mueller expected to get more out of Flynn, he wouldn’t accept this plea.  He’d keep dangling Flynn until something bigger shook out.

Trump should pardon Flynn (and Papadopoulos, for that matter) immediately and be done with it.  We have reached the point of weaponization of government at which it makes us inhuman to speak antiseptically, as if what has happened here represents the rule of law.  Calling that temperance or objectivity is turning civilization on its head.

Special counsels are themselves a gray area: if we have so little trust in the routine processes of our normal legal system – that is, the normal legal system that said back in January that Michael Flynn had done nothing wrong – the right answer is not to crush individuals under the weight of “special prosecutions” or ” counterintelligence investigations.”  It’s to clean our house to begin with. 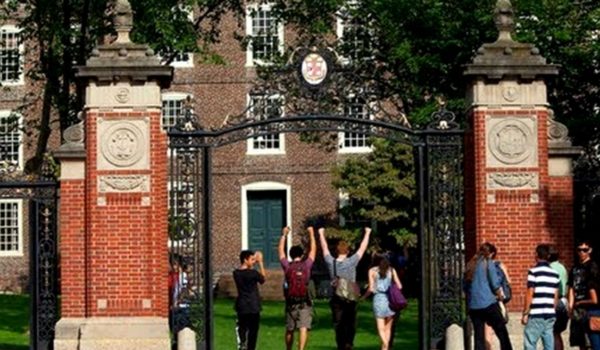 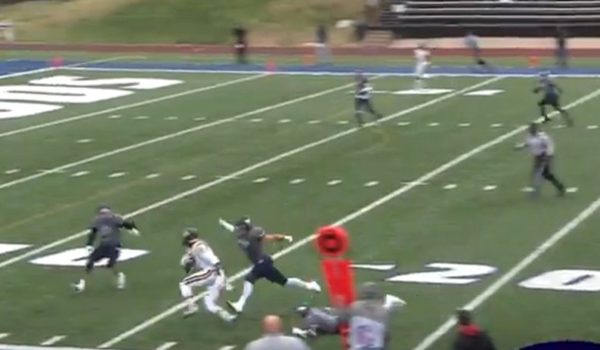