On Thanksgiving, give thanks for freedom of speech, or what’s left of it. The First Amendment guarantees “the freedom of speech.” Despite this, the Supreme Court occasionally lets Congress restrict speech based on dubious rationalizations. But usually, it strikes down laws restricting speech based on its content or message, stating that “If there is a bedrock principle underlying the First Amendment, it is that the government may not prohibit the expression of an idea simply because society finds the idea itself offensive or disagreeable,” and that “above all else, the First Amendment means that government has no power to restrict expression because of its message, its ideas, its subject matter, or its content.”

The courts have usually turned a blind eye to these free-speech principles in their enforcement of bans on speech deemed to create “hostile or offensive” work environment based on race, sex, religion, or sexual orientation. Many things that create a hostile work environment are properly banned (such as offensive sexual touching, demands for sexual favors, obscenities, fighting words, and racist acts of intimidation). But hostile or offensive speech about political issues is logically a different matter, since the courts have correctly refused to recognize a hate-speech exception to the First Amendment, and not all offensive speech is even hateful.

Yet, as UCLA law professor Eugene Volokh points out, courts have awarded damages for a variety of political, social, religious, and artistic speech under the theory that it created a discriminatorily “hostile or offensive” work environment. They have also issued injunctions against hostile speech, such as “remarks or slurs contrary to…fellow employees’ religious beliefs.” In doing so, they have effectively imposed “content-based, viewpoint-discriminatory” restrictions on speech.

Only rarely have judges been willing to admit that bans on hostile or offensive workplace speech even raise First Amendment issues: one court ruled that a professor’s racially-inflammatory anti-immigration emails were protected against a racial harassment lawsuit because they weren’t aimed at the Hispanic plaintiffs, and concurring judges suggested in other cases that speech was protected against harassment charges if was part of the artistic creative process or did not cause more than garden-variety offense. But usually, courts confronted with a First Amendment defense argue that otherwise-protected speech can be “incidentally swept up” within a ban on hostile work environments (an argument Professor Volokh says is at odds with the logic of Supreme Court rulings limiting tort liability for speech that inflicts emotional distress).

A recently released poll shows the danger of allowing hostile, hateful, or offensive speech to be restricted by the government (either through criminal penalties, or by allowing jurors to award damages for it in a racial harassment lawsuit). It finds that an incredibly broad array of speech is deemed hostile or offensive — or racist — by much of the population. The speech viewed as offensive or hateful includes speech that simply defends free speech or advocates enforcement of the law.

The public’s broad definition of hostile or offensive speech matters, because not banning speech deemed to be racist or racially offensive can lead to liability for workplace racial harassment. As the Sixth Circuit Court of Appeals put it in 1988, “the law does require that an employer take prompt action to prevent such bigots from expressing their opinions in a way that abuses or offends their co-workers. By informing people that the expression of racist or sexist attitudes in public is unacceptable, people may eventually learn that such views are undesirable in private, as well. Thus, Title VII may advance the goal of eliminating prejudices and biases in our society.”

The poll shows that 80% of liberals think it is racially “hateful or offensive” just to advocate the deportation of illegal immigrants, even though that simply involves the enforcement of America’s immigration laws. It also shows that most blacks and Hispanics think defending the right to engage in racist speech is just as bad as engaging in racist speech itself (65% of black and 61% of Hispanics). Never mind that defending such speech is hardly extreme: the Supreme Court itself ruled in favor of racist speakers on First Amendment grounds in its R.A.V., Brandenburg, and Forsyth County decisions.

These statistics about hostility to commonplace political views matter, because they suggest that jurors and courts may be willing to find liability for racial harassment over a broad array of political and social beliefs. Hostility by blacks to such speech matters because some courts use a “reasonable African-American” standard in finding liability for racial harassment (potentially giving blacks an effective veto power over speech they find offensive).

Hostility to free speech by liberals matters because lawyers are disproportionately liberal, as are jurors in the counties and districts where most racial harassment cases are brought. To a lesser extent, judges are also more liberal than the public at large. Many state judiciaries use so-called “merit selection” to select judges, effectively giving a state’s mostly-liberal trial lawyers the ability to force governors to pick judges from a list acceptable to them. This resulted in even conservative states like Missouri having judiciaries in which Democrats heavily outnumber Republicans.

The poll cited above was conducted by YouGov and the Cato Institute, a think-tank that is affiliated with neither political party. YouGov is rated as a solidly reliable pollster, although one with a slight leaning towards Democrats. The New York Times notes that the Cato Institute is “widely cited by both Republicans and Democrats,” albeit on different issues (the Republicans cite it on economic issues, the Democrats mostly on foreign policy and social issues).

The poll’s results about progressive hostility to free speech are echoed by real world examples of such hostility. For example, widely-read progressive web sites such as Alternet and Portside have argued that that it is racist and sexist to raise First Amendment objections to banning criticism “of feminism or affirmative action,” and that doing so is simply an attempt to “mainstream bigotry.” 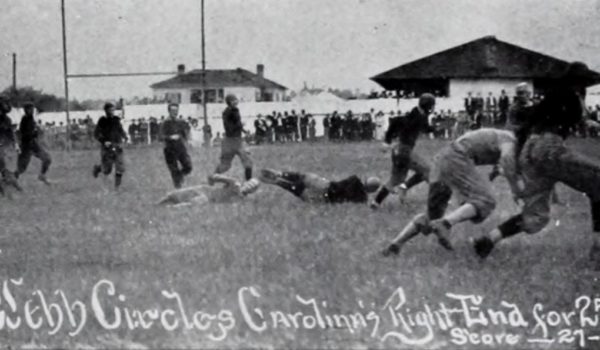