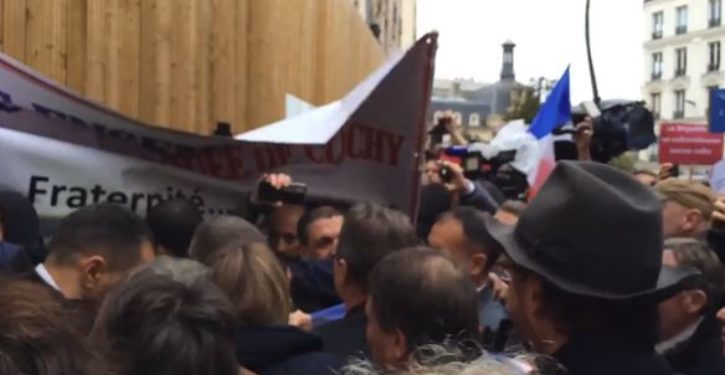 Muslims won’t be allowed to hold mass prayers on the streets of a Paris suburb where protestors and worshippers have clashed in recent weeks, French Interior Minister Gerard Collomb said Sunday.

Weekly street prayers have taken place in the suburb of Clichy-la-Garenne every Friday since the local mosque was shut down by authorities in the spring. Local politicians and protesters have tried to stop the street prayers and the national government is ready to take action.

“They will not have prayers on the street, we will prevent street praying,” Collomb told Franceinfo in an interview published Sunday. “We will make sure we resolve this conflict in the next few weeks.”

Collomb emphasized that “Muslims must have a place of worship to pray” while acknowledging that the current solution doesn’t work.

Dozens of French politicians sang the national anthem Nov. 11 as they marched into a gathering of around 200 Muslims in the area. A mayor, members of parliament, local councilors and civilians walked under a banner reading “Stop Illegal Street Prayers”as they tried to push worshippers out of the town’s market square.

Riot police had to separate the groups to avoid a potentially violent confrontation.

“The Republic must go on the offensive in the face of Islamist provocations,” Le Pen said in a tweet. “What is the Minister of the Interior waiting for to restore public order and secularism? Laxity is not an option.”

Laxity, or lacité, is the French tradition of keeping religion out of public activity.