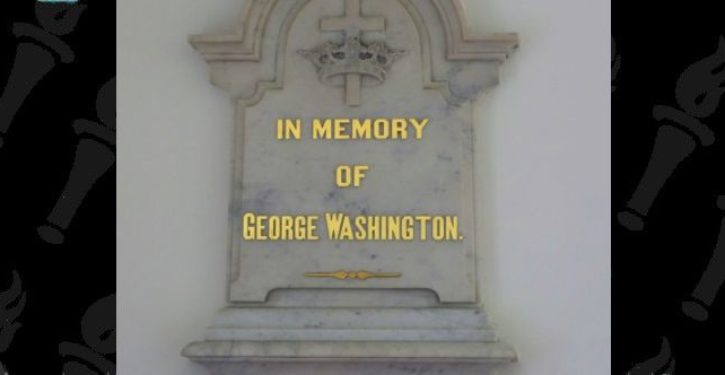 By now you have likely heard the avalanche of news reports about the brouhaha at Christ Church in Alexandria, Virginia. The controversy centers on the Church Vestry unanimously voting to remove two historical plaques commemorating Robert E. Lee and George Washington from their present location in the sanctuary.

There are times when national news reports are very personal, and for me that time is now. From 1980 to 1998, I was a member of Christ Church. During those years, I was actively involved as an usher, attended weekly Bible study, and was a volunteer counselor to the downtrodden at the Lazarus ministry. All my closest friends were members. Christ Church was my home.

Since the controversy surfaced, I have been thinking about what I could add to the news reports written by people who have never stepped inside the church. Finally, I decided to be brutally honest about why I left the church in 1998 and how my leaving relates to the plaque-removal crisis.

First, some facts. There are two small, simple, white stone plaques facing each other across the altar on opposite side walls at the front of the church that read in gold-colored letters, “In memory of George Washington” and “In memory of Robert Edward Lee

A letter from the Vestry to church members dated Oct. 26, 2017, announcing the removal decision states:

The plaques were erected in 1870, just two months after Robert E. Lee’s death, by parishioners eager to memorialize two men who had an impact on our parish and an outsized impact on our nation and the world.

Most churches honor respected deceased members with plaques, pews, or other memorabilia. At Christ Church, two of those parishioners happened to be George Washington and Robert E. Lee – thus it’s understandable why the plaques were hung and have peacefully remained in place for 147 years.

As an usher, walking past those now controversial plaques, I never gave them any thought – no one did. The nondescript plaques were part of church history – of what made Christ Church, Christ Church– along with the Washington Pew, where I would seat visitors. Same for the silver marker on the communion rail where Robert E. Lee was confirmed in 1853.

Since 1773, the Christ Church building and grounds at the center of Old Town Alexandria, have been in continuous use and are listed on the National Register of Historic Places. George Washington was a member of the Vestry. The Lee family lived across the street for years and gave generously.

The word historic is even in the URL of the church’s website: www.HistoricChristChurch.org.

After 18 years as a church member, I can attest that one cannot separate Christ Church from its history as a backdrop to the worship of Christ. Therefore, it is ludicrous for a church whose history is intertwined with its modern identity to remove and relocate historical markers because political correctness has run amok. That said, the reasons for the removal as stated in the Vestry’s letter read like they were written by a satirist:

The plaques in our sanctuary make some in our presence feel unsafe or unwelcome. Some visitors and guests who worship with us choose not to return because they receive an unintended message from the prominent presence of the plaques.

Wouldn’t you love to meet those “visitors and guests” who felt “unsafe or unwelcome” by 147-year-old plaques in a 244-year-old church and “choose not to return”?

Personally, I can shed some light on the real reason why visitors and guests “choose not to return.” Memo to the Vestry: Your Gospel message is weak. Feed your sheep and guests won’t notice the two 147-year-old plaques. Here is why I chose “not to return.” Learn from it.

Due to a personal crisis in the late 1990s, my faith was growing in new directions beyond Christ Church Episcopal, and I felt church leadership was no longer meeting my spiritual needs.

When asked why I was thinking about leaving, I remember telling my church friends, “Christ no longer lives at Christ Church.” That was shortly after an Easter service when the rector did not mention Jesus Christ in his sermon. Furthermore, it became clear that the rector did not believe in the resurrection of Jesus but thought it was “symbolic.”

However, because of years at the church, my friends, and activities, I agonized about leaving – until I met with Steve, the young No. 2 rector with whom I was close.

It was a week before Easter 1998 when I told Steve that I would not be ushering at Easter. Instead, I was planning on attending an Easter service that McLean Bible Church was hosting at the Patriot Center (now called the Eagle Bank Arena) at George Mason University.

McLean Bible’s congregation had grown so large that its leaders rented the basketball arena to accommodate their 5,500 members at one service. When I told Steve my plans, he was spellbound at the thought of a church leaving its building at Easter, for a basketball arena no less. He leaned back in his chair, sighed, and said, “No one would attend this church if not for the building.”

With a strong Christ-centered message, the building was immaterial – whereas Christ Church was all about the building … according to the associate rector!

Now, living in a different state years later, I laugh at the irony that the Vestry is blaming two historic plaques for sending an “unintended message” as the reason the church is having problems attracting new parishioners.

Furthermore, the Vestry’s slogan, “All are welcome – no exceptions” does not sound like a church where preaching the Gospel of Jesus Christ is front and center. Rather, that message signals a church of political correctness while subtlety attempting to nullify or overcompensate for what makes Christ Church historic Christ Church.

Moreover, the membership problems at Christ Church reflect the nationally withering Episcopal Church, down to only 1.7 million members. Across America today, there are likely more practicing Wiccans than Episcopalians, and in fact, there are 3.3 million Muslims.

If Christ Church is to survive as a thriving church, it must stand strong for Jesus and its own history – the two cannot be separated. But the Vestry is trying to do just that, writing:

The Vestry has unanimously decided that the plaques create a distraction in our worship space and may create an obstacle to our identity as a welcoming church, and an impediment to our growth and to full community with our neighbors. Accordingly, the plaques will be relocated no later than the summer of 2018.

How far Christ Church has fallen. Soon the “In Memory of George Washington” plaque will be forced to relocate because it has become “an obstacle to our identity as a welcoming church” – within Washington’s own church!

Wouldn’t it be even more ironic if the Vestry’s decision drives away more church members than it “welcomes”?

The national uproar and intense media coverage over Christ Church’s plaques raises the question: At what point does United States history “create an obstacle to our identity” as a “welcoming” nation?

The answer will determine our national future. Pray about that. 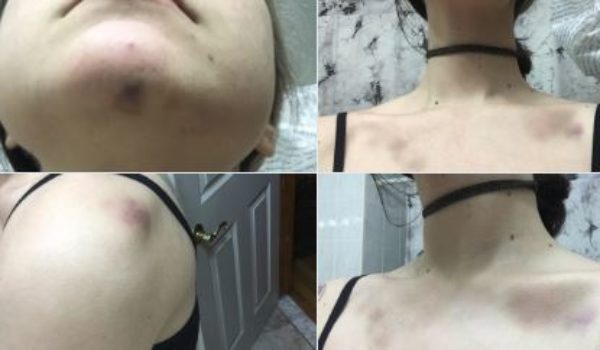