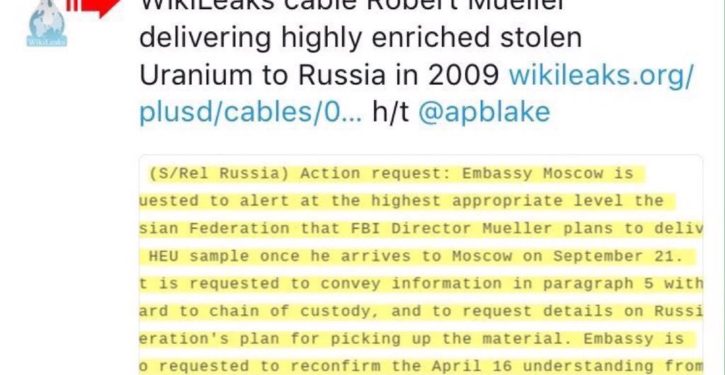 A classified cable published by WikiLeaks adds more fuel to the Russian collusion fire, except it does not implicate President Trump. Rather, it blows the whistle on the Obama administration and [drum roll] then-FBI Director Robert Mueller — the man who believe it or charged with investigating Trump for Russian collusion. Honestly, you simply cannot make this stuff up!

For whatever reason, and I’m sure it had to do with his being such a loyal and trusted Obama soldier, Mueller was chosen to deliver a “ten-gram sample of highly enriched uranium (HEU) seized in early 2006 in Georgia during a nuclear smuggling sting operation” and transfer it personally to Russian authorities.

Can you imagine the lynch mob that would be chasing President Trump had it been his administration that had done this?

Yet, not only was Robert Mueller chosen to make this sensitive delivery to the Russians, but as Special Counsel his job is now to ferret out any scrap of Trump association with any Russian and hang it around President Trump’s neck, to be used by Congress to initiate impeachment proceedings.

Mueller must have had a hard time keeping a straight face when asked to lead the investigation of Trump, which so far has turned up nothing except for the time in 2013 when private citizen Trump ordered Russian dressing for his salad.

Why are the American people still paying dirty cop Mueller to lead a lynch mob to depose President Trump? 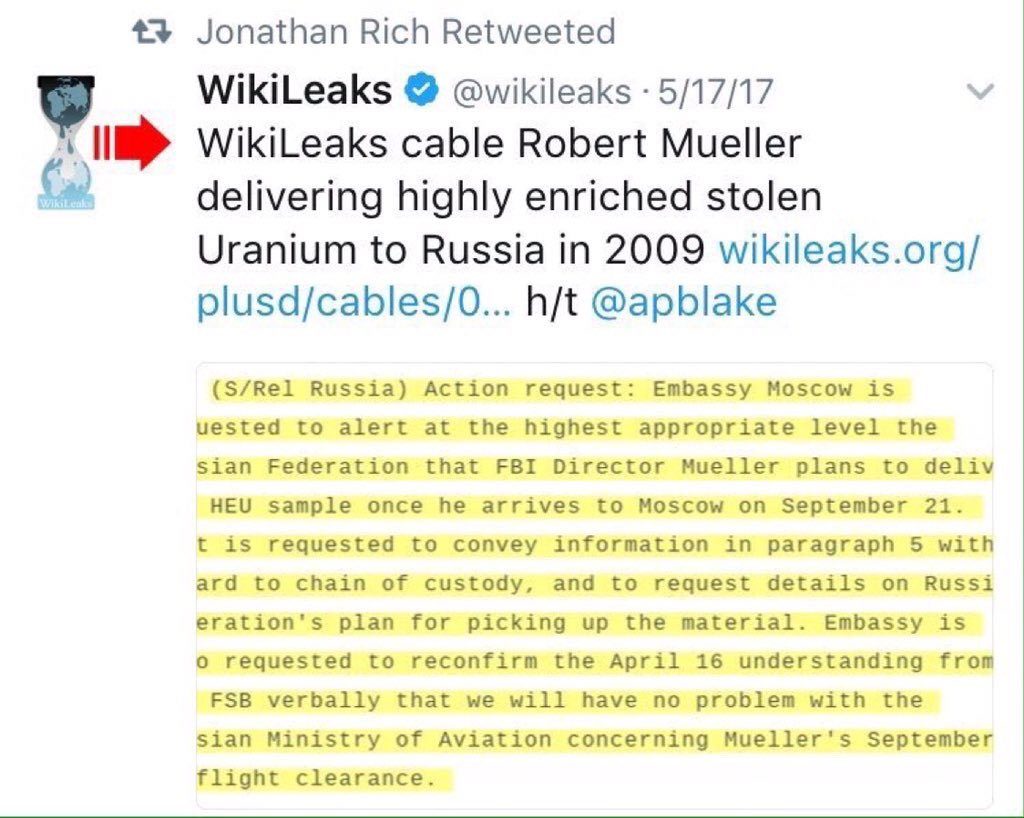 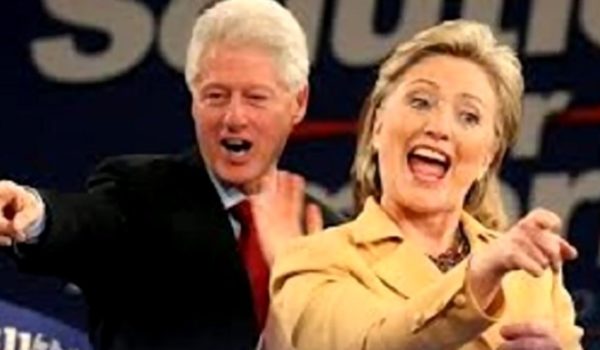