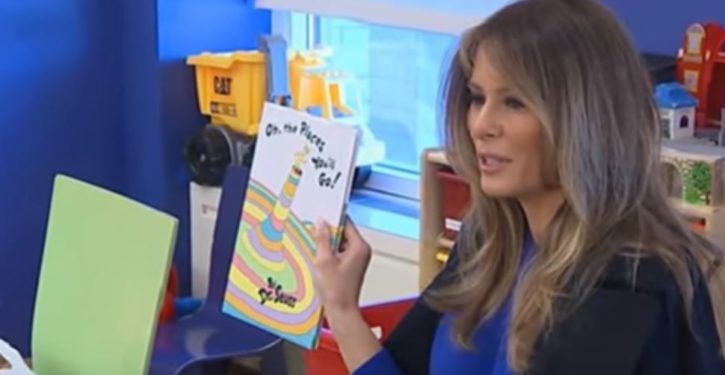 On Sept. 1, First Lady Melania Trump sent copies of Dr. Seuss books to selected schools across the country that had achieved high standards of excellence. The gift was meant to commemorate National Read a Book Day, and what could be more appropriate than these children’s classics?

In a letter that went along with the shipment, Mrs. Trump explained that one title in particular — “Oh, the Places You’ll Go!” — had a personal significance: It was one that she and her son, Barron, had read together over and over when he was younger. It is also conveniently the author’s personal message to aspiring young learners as they embark on their lifelong discovery of the power of books. 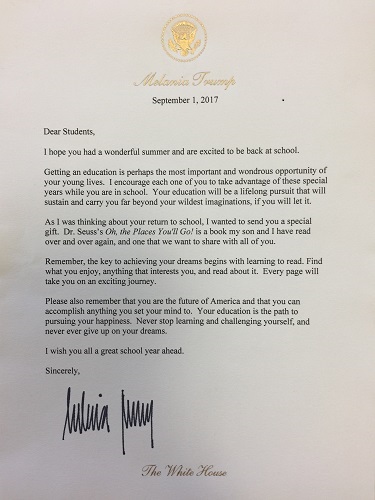 But one school librarian chose on behalf of her school and its young students to decline the gift. In an open letter published at The Horn Book, a bimonthly periodical about literature for children and young adults, librarian Liz Phipps Soeiro begins graciously enough, thanking the first lady for the books and for her recognition of Soeiro’s school in Cambridgeport, Mass., as “something special.”

In a paragraph intended to reaffirm the school’s specialness, Soeiro writes:

Our beautiful and diverse student body is made up of children from all over the world; from different socioeconomic statuses; with a spectrum of gender expressions and identities; with a range of abilities; and of varied racial, ethnic, and religious backgrounds.

At another time in the nation’s history, inserting a paragraph on the school’s demographic makeup would have seemed intrusive and even a little peculiar in a conversation about “excellence.”

But we don’t live in those times any more. Nowadays, the measure of a school’s success is determined precisely by how broad is “its spectrum of gender expressions and identities” is.

Finally we get to Soeiro’s  reason for returning the books. It has to do with a bunch of facts and figures about budget and “the  socioeconomic status of our residents,” about struggling “to close the achievement gap, retain teachers of color, and dismantle the systemic white supremacy in our institution.”

After that, she is off to the races:

Meanwhile, school libraries around the country are being shuttered. Cities like Philadelphia, Chicago, and Detroit are suffering through expansion, privatization, and school “choice” with no interest in outcomes of children, their families, their teachers, and their schools. Are those kids any less deserving of books simply because of circumstances beyond their control? Why not go out of your way to gift books to underfunded and underprivileged communities that continue to be marginalized and maligned by policies put in place by Secretary of Education Betsy DeVos?

Then there’s the cherry on the sundae:

Another fact that many people are unaware of is that Dr. Seuss’s illustrations are steeped in racist propaganda, caricatures, and harmful stereotypes. Open one of his books (If I Ran a Zoo or And to Think That I Saw It On Mulberry Street, for example), and you’ll see the racist mockery in his art. … Scholar Philip Nel’s new book, Was the Cat in the Hat Black? The Hidden Racism of Children’s Literature, and the Need for Diverse Books, further explores and shines a spotlight on the systemic racism and oppression in education and literature.

Philip Nel’s book was reviewed at LU in August. Here again for your convenience is the opening sentence of his book:

Fifty years after the civil rights movement, we have a new civil rights crusade — the Black Lives Matter movement, inspired by the 2013 acquittal of seventeen-year-old Trayvon Martin’s murderer, and galvanized by the 2014 Ferguson protests against police brutality.

As I noted back then, referring to George Zimmerman as a murderer after acknowledging that he was acquitted of murder tells you all you need to know about the author’s politics.

Soeiro’s nearly thousand-word letter, which in its galling final paragraph provides the first lady with a list of the ten books she should have sent, is signed “warmly.”

Somehow I’m not feeling the love.

*UPDATE* Evidently Liz Phipps Soeiro’s objection to the works of Dr. Seuss as racist is a recent development. Here Soeiro is, dressed up as the Cat in the Hat and wearing a big smile. 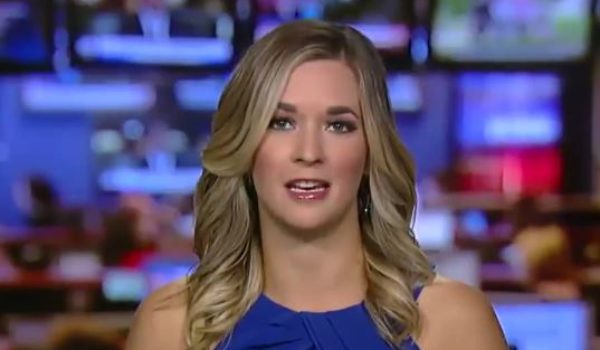