At least for once, the president won’t have to worry about getting “Republican” senators John McCain, Lisa Murkowski, and Susan Collins to sign on. His latest health care fix will come in the form of an executive order to be signed in the days to come that will allow Americans to shop for health insurance across state lines.

The idea has long been championed by conservatives as a market-based approach that would increase competition among insurers and drive down prices. According to Sen. Rand Paul, President Trump has the authority to “legalize on his own the ability of individuals to join a group or a health association across state lines and buy insurance.”

But the opposition is already mounting, and it’s not coming from Democrats but from the insurance industry. An article at Politico warns:

Several states — including Wyoming, Maine and Georgia — have already tried allowing across-state sales, and it’s been a colossal bust. The chief reason: There’s been zero interest from insurers. That’s in part because creating competitive provider networks in states where they don’t have any current customers is incredibly difficult. [Emphasis added]

The reason given in the highlighted portion of the quote is not entirely accurate. The real motive among insurers who oppose portability of premiums is that the resulting competition will drive down the amount they can charge on premiums.

Granted, states currently maintain their own insurance commissions, each with ita own regulations. This would seem to complicate the matter of buying across state lines.

But there’s no reason that the right to manage the sale of insurance has to redound to individual states, as it has historically. One senator, John Kennedy (R-La.) has argued that federalizing the right to regulate insurance markets is a necessary step to fixing the health insurance crisis.

If I see a plan in Arizona that I want to buy, I ought to be able to buy. What’s going on right now is you have these little fiefdoms in each state where the insurance commissioners want to keep control.

Chelsea Clinton’s ‘best friend’ got $11 million in defense contracts but has no security clearance
Next Post
Cartoon of the Day: Out in the cold 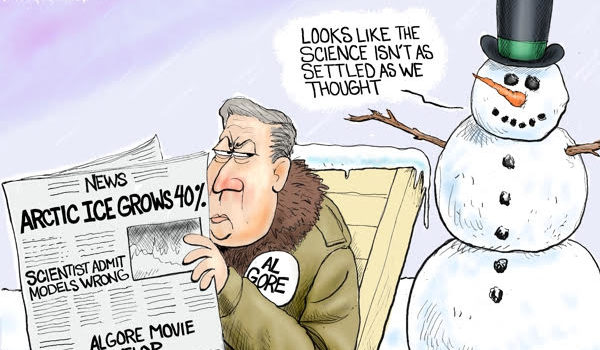