Schumer’s office “provided technical guidance and info about the bill, as well as stats from various think tanks and experts on the effects of [Graham-Cassidy],” a source familiar with their conversations told the Daily Beast.

Kimmel, who thrust himself into the health care debate by broadcasting his son’s medical issues in May, has established himself as an influential voice in the fight against the Obamacare repeal effort.

Kimmel chastised Cassidy during three successive episodes of ABC’s “Late Night With Jimmy Kimmel,” for his sponsorship of the Cassidy-Graham bill. Kimmel argued Cassidy failed to follow through on his vow to only support legislation that ensures care for seriously ill infants like Kimmel’s son, a vow Cassidy made during a recent appearance on ABC’s “The Jimmy Kimmel Show.”

“This guy, Bill Cassidy, just lied right to my face,” Kimmel said before airing his May interview with the senator. “Stop using my name,” Kimmel said Tuesday night.

“He said he would only support a healthcare bill that made sure a child like mine would get the health coverage he needs, no matter how much money his parents make,” Kimmel added.

Following his son’s open heart surgery, which he described in an emotional on air argument against Obamacare repeal, Kimmel researched health care policy in preparation for his impending high profile role in the national debate.

“Jimmy wanted to learn more about what was going on politically and policy-wise,” a source with direct knowledge of the conversations told the Daily Beast, “[and] he wanted to fight this thing.”

Kimmel planned to speak out on the issue because of Cassidy’s frequent invocation of the “Kimmel rule,” which Cassidy employed to refer to his support for legislation that would not jeopardize care for infants born with life threatening conditions.

Schumer spoke with Kimmel “periodically” in the months since he entered the health care fray, and ultimately encouraged Kimmel to address the perceived inconsistency between Cassidy’s on-air pledge and his legislative agenda.

The bill eliminates Medicaid expansion and insurance subsidies and block grants the available funding to the states. It is unlikely to pass as Sen. John McCain of Arizona announced his definitive opposition to the bill Friday.

McCain joins Sen. Rand Paul of Kentucky in opposition to the bill, which requires 50 votes to pass under budget resolution rules.

Kimmel praised McCain for his opposition to the bill.

McCain attributed his opposition to procedural issues, once again citing his desire for regular order, rather than the more partisan adoption of budget resolution rules, which allow the bill to pass with a simple majority.

This report, by Jack Crowe, was cross-posted by arrangement with the Daily Caller News Foundation. 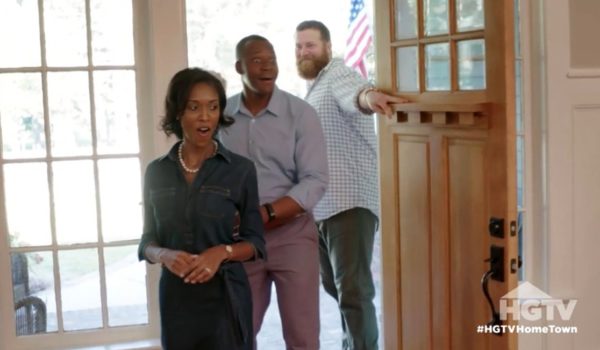 All this photogenic home improvement on HGTV has got to stop
Next Post
How nice: Taking a knee against America moves beyond football