On Wednesday, news broke across the internet that Facebook, the world’s largest social media site once described by Breitbart as the “world’s most dangerous censor,” announced new ad guidelines allegedly designed to, as U.S. News and World Report said, stop “monitization of hateful, adult and violent content.” Sounds like something most people can support, right? That is, until you look deeper into the language and what it actually means.

According to Facebook, content not eligible for monetization includes that depicting violence, drug and alcohol use, debated social issues, misappropriation of children’s characters, death and physical injury, illegal activities, graphic images such as blood or surgery and sexually explicit material.

In addition to the new guidelines, Facebook announced it plans to give its advertisers more information about who sees their ads and where their ads are placed to ensure their brand isn’t placed near negative content. This is in response to concerns of lack of transparency between Facebook and its advertisers.

Let’s take a more in-depth look at the actual guidelines and what they really mean, shall we?

We can pretty much agree that over-the-top content like gore and pornography are off limits, but there are a few areas of these guidelines that are quite disturbing to those of us who write and read about current issues.

Under the heading of “Debated Social Issues” is this:

That’s it — no definition of what is considered “incendiary, inflammatory, demeaning or disparages people, groups, or causes,” is provided. Additionally, the phrase “even if in the context of news or awareness purposes” is pretty jaw-dropping.

I reached out to multiple people at Facebook for clarification of these guidelines and, as is so often the case, received no response. So I have no choice but to take these guidelines literally.

Politics is nothing more than the public debate of social issues, and these debates are quite generally what drives much of our news.

Naturally, Facebook would never come down hard on outlets like the Associated Press, Reuters, or CNN. That leaves bloggers like myself. Would Facebook slap liberal blogs like Wonkette or the Daily Kos? I somehow don’t think that would ever happen. So who’s left? You got it — conservative sites like this one that make ad revenue by discussing and covering political issues.

There’s more. Under “Tragedy & Conflict” is this:

Content that focuses on real world tragedies, including but not limited to depictions of death, casualties, physical injuries, even if the intention is to promote awareness or education. For example, situations like natural disasters, crime, self-harm, medical conditions and terminal illnesses.

Pop quiz, gang: Name two natural disasters that have dominated the news recently. If you said Hurricane Harvey, Hurricane Irma, the wildfires out West, or the recent earthquake off the coast of Mexico — or any combination thereof — consider yourself censored.

Under Facebook’s new guidelines, content creators can be demonetized for simply reporting on these events, even though they are obviously newsworthy.

Content that is depicting threats or acts of violence against people or animals, where this is the focal point and is not presented with additional context. Examples includes content featuring fights, gore, beatings of either animals or people, or excessively graphic violence in the course of video gameplay.

Recently, LU ran a piece on a video by a rapper named XXXTentacion that depicted the lynching of a young white child.

According to Facebook’s new guidelines, anyone writing about this offensive video — which has been viewed on YouTube over 7.6 million times — could be punished and demonetized. YouTube, by the way, has yet to demonetize this video, though it censored Trump supporters Diamond and Silk. Just this morning, I noticed that several of my fellow bloggers were discussing whether or not to write about this video, and with good cause.

Then there’s another section labeled, “Inappropriate language.” This section reads:

Content should not contain excessive use of derogatory language, including language intended to offend or insult particular groups of people.

If you read very many conservative blogs, you are quite likely to run across terms like snowflake, used to describe perpetually offended, thin-skinned liberals who are triggered by trifles, like the mere presence of a Trump hat or the name Trump written in chalk. Under Facebook’s new guidelines, anyone doing so could very easily get demonetized.

For whatever it’s worth, I’m not the only one concerned about these guidelines. Writing at the Washington Times, Cheryl K. Chumley correctly observed:

But already, it’s easy to see where these guidelines could lead. For starters, say goodbye to any monetization of videos that show the truths about Islam — that showcase the ugly side of when radical Islam attacks.

Facebook’s a private company and can allow or disallow what it wants, of course. But it’ll be interesting to see how these new standards are applied. It’ll be interesting to see if, say, a video from a jihad-watchdog site showing an Islamic bombing of a tourist spot is stripped of its monetizing — while a video shot by antifa or Black Lives Matter activists showing selective and out-of-context clips of MAGA-cap wearers supposedly engaging in violence are given the A-OK for money-making.

Indeed. Having personally experienced Facebook’s wrath on more than one occasion, I can personally attest to what moderators at the social media site are capable of doing.

Last November, for example, I was handed a 30-day ban for a picture of an eagle superimposed on a U.S. flag. According to Facebook, the picture violated their Community Standards. The ban was eventually lifted, but that took 20 days and multiple appeals. Meanwhile, the damage had already been done.

Then there were the repeated bans handed out in 2015 over posts I never made but were attributed to me and even presented as though I created them. Attorneys refused to take the case, which puzzled me at first. That episode, which played out during the latter half of 2015, motivated me to write Banned: How Facebook enables Islamic jihad with Adina Kutnicki, an investigative journalist based in Israel.

What I learned in researching that book is that all of this censorship is possible because federal law — specifically, Section 230 of the Communications Decency Act of 1996 — allows it. And the only ones who can change it are the very same members of Congress who can’t even keep their campaign promises on Obamacare.

There’s much more of this type of abuse, as I’ve documented time and again both here and at other sites.

For example: Facebook moderators once told a conservative female that her profile picture of a lilac tree was pornographic. Moderators also said a 2012 Donald Trump campaign button violated their rules on nudity.

How crazy is this? This crazy: Just recently, the site ruled that a black nationalist post advocating the mass murder of Trump supporters does not violate their rules.

Now, moderators of this very same company are in a position where they can quite literally destroy conservative sites on a whim. Let that sink in for a moment.

Can we really trust a company whose moderators can’t seem to tell the difference between hardcore pornography and a lilac tree?

Let’s face it. This is just the latest salvo in what can only be described as a propaganda war — a jihad, if you will — against conservative media. And it’s being done by design. 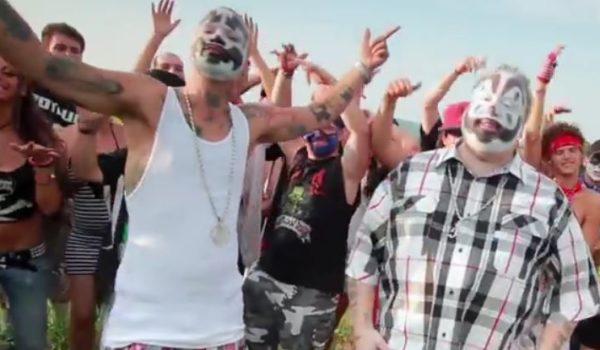 D.C. Democratic Socialists of America stands in solidarity with the march of the juggalos
Next Post
As the Dem leadership continues to shoot itself in the foot, here’s now the GOP should respond