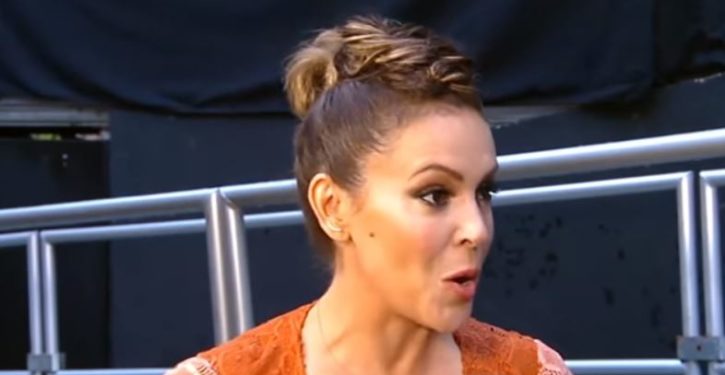 That is what I assume actress (and activist) Alyssa Milano fancied herself to be doing when she reacted online to the president’s proclamation that last Sunday was a National Prayer Day for victims of Hurricane Harvey.

Milano answered back using her political (as opposed to her career) Twitter account with this brilliant zinger on Sunday:

See, to Milano, Trump is a poopy-head, and everything he says or does requires an answer that is both profane and hate-filled. National Prayer Day? National Shmayer Day. Ha, take that, Trump!

It’s nice to know that someone out there can find humor in a disaster that killed more than 60 and displaced 40,000 families. The cost of rebuilding after Harvey is estimated in the tens of billions. Don’t expect Milano to participate. In June, she claimed she was broke, which somehow is supposed to explain why she didn’t income tax for 2013 and 2014.

Not all of her 3.2 million followers found her tweet appropriate:

National Day of Prayer was about praying for ppl hurting from hurricane Harvey. Shame on you for making it about your hatred for Trump!

@realDonaldTrump has pledged $1mil to Harvey victims. Can you at least put aside your pride to say well done, Mr. President?

And how many millions has she donated to help Harvey victims? 0? I thought so. Obviously she didn’t intend to pray either!

You are what you claim to be fighting against with comments like that. prayer, it’s a good thing. Drop the un objective, tunnel vision hate 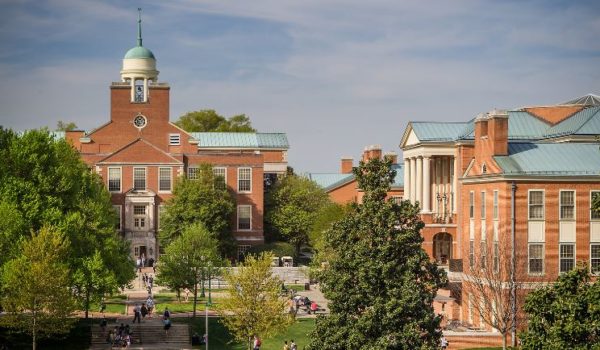 After Trump DACA decision, university pledges to keep giving financial aid to student illegals
Next Post
Bombshell: The NSA was in possession of the 30,000 ‘deleted’ Hillary emails and offered them to Comey