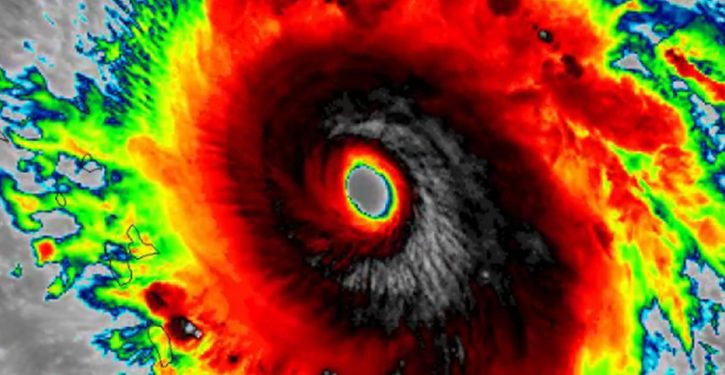 Mapp signed the order Monday in preparation for Hurricane Irma. The order allows the Adjutant General of the Virgin Islands to seize private property they believe necessary to protect the islands, subject to approval by the territory’s Justice Department.

“This is not an opportunity to go outside and try to have fun with a hurricane,” Mapp said. “It’s not time to get on a surfboard.”

Irma strengthened to a Category 5 storm Tuesday, with wind gusts hitting 175 miles an hour. Irma’s eye is expected to pass just north of the heart of the U.S. Virgin Islands on Wednesday and bring four to eight inches or rain and 60-mile-per-hour wind gusts.

The National Hurricane Center is calling the storm “extremely dangerous.” Weather forecasters say Irma is headed towards the Florida coastline, and should bring devastating conditions to the region in the next four or five days.

Just spoke to @POTUS – he offered the full resources of the federal government as Floridians prepare for Hurricane Irma.

Click below to read a copy of the order: