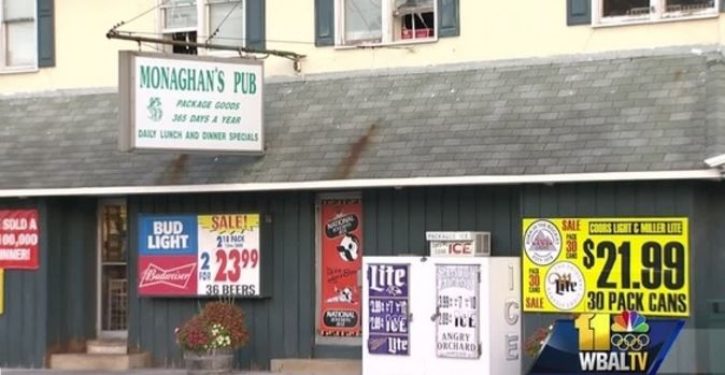 A good stick-up man (if there is such a thing) plans his capers. He cases out a joint he plans to knock over and knows what kind of rep the place has before going in for the hit. (OK, I promise, no more Raymond Chandler narrative.)

Two armed men decided to rob Monaghan’s Pub in the town of Woodlawn, a suburb of Baltimore, Tuesday. That was their first mistake. Monaghan’s is well known in the community as a police hangout.

But it gets better. On the night 21-year-old Joseph McInnis III and 22-year-old Tyree McCoy selected, the bar was hosting a retirement party for a member of Woodlawn’s Finest and dozens of off-duty police were inside the establishment.

“I’m sure that they weren’t planning on there being a large room filled with police officers,” Baltimore County police Officer Jennifer Peach said to reporters with NBC Baltimore affiliate WBAL:

Investigators said two men entered the take-out portion of the restaurant and held an employee up at gunpoint.

“At that time, the person who had been behind the counter knew that there was a retirement party for a police officer happening, so they went into the other portion and alerted the officers to the fact that they had just been involved in an armed robbery,” Peach said.

Investigators said the suspects had just left the restaurant, but they didn’t get far before the off-duty officers at the party ran out and took them into custody.

But not without a fight — mistake number 3. Here are their booking photos, which show the consequences of resisting when police order you to put your hands behind your back:

The pair has charged with armed robbery and possession of a handgun. They are being held without bond at the Baltimore County Detention Center.

Geezer world: Democrats literally have no one under 55 who can run in 2020
Next Post
Two professors ‘discover’ five ‘invisibility microaggressions’ that women of color face 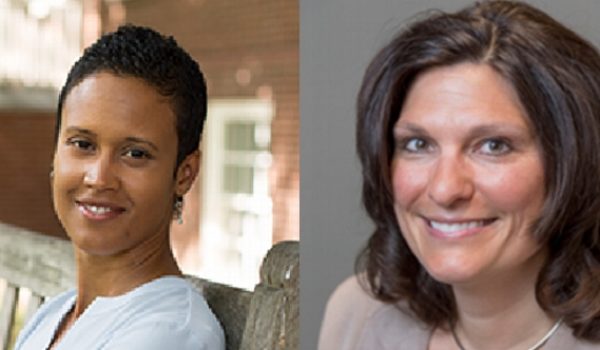