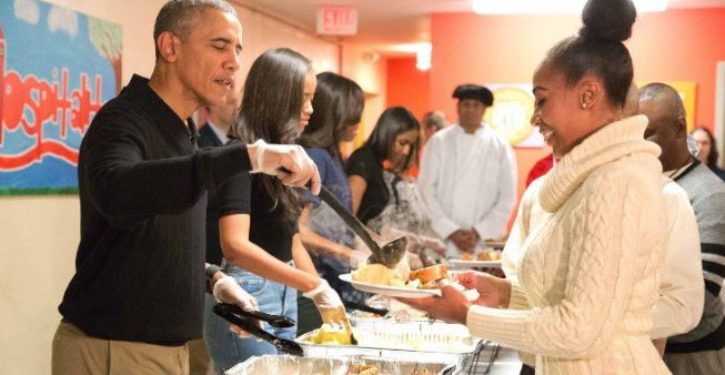 In case you missed it, the above photo was posted on Twitter Saturday with the message, “Something you’ll never see Trump do: Obama is in Texas serving meals!”

Even the most cursory inspection of the picture should have raised questions about it. Take, for example, the heavy sweater worn by the woman standing opposite the former president. It’s curious attire for Houston in August.

Nevertheless the message was retweeted 7,000 times before someone correctly placed it. It was an official White House photo taken on Thanksgiving Day 2015.

Not only was the photo a lie, but the claim about Donald Trump was wrong:

But liberals, despite their disdain for all organized religions except one, are a people of faith. They cling tenaciously to their political beliefs — which include the tenet that Donald Trump is Hitler reincarnate and that Republicans deserve whatever cruel punishment the powers that be have planned for them for their perfidy.

Hence this tweet from a professor at the University of Tampa: 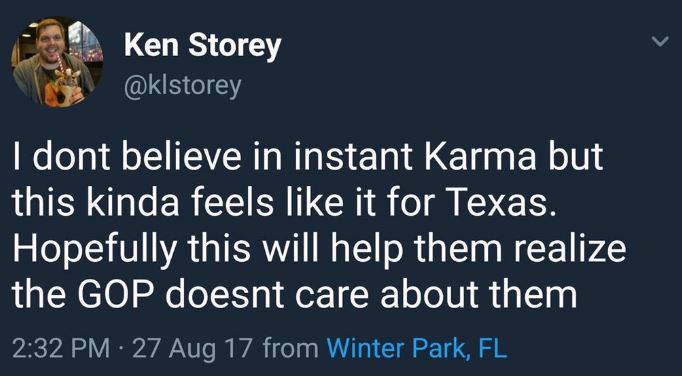 The original tweet has been deleted, and a vague apology has been substituted.

I deeply regret a statement I posted yesterday. I never meant to wish ill will upon any group. I hope all affected by Harvey recover quickly

According to Campus Reform one of Storey’s followers responded to the original tweet by noting that there are “lots of good people in Texas,” and so he “may want to rethink this one.” Storey’s response?

Well, the good people there need to do more to stop the evil their state pushes. I’m only blaming those who support the GOP there.

The commenter pressed him on whether he thinks the same applies to Trump supporters in Florida, to which he replied, “Yep, those who voted for him here deserve it as well.” 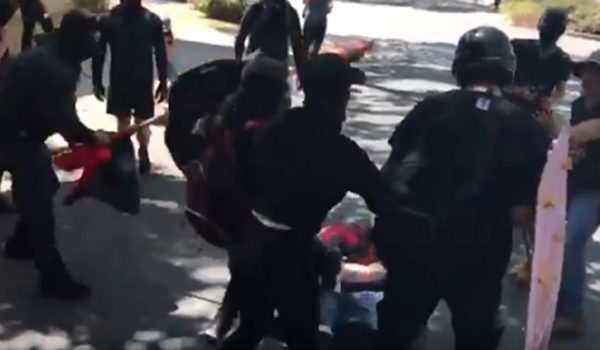