The New York Times reports that President “Trump signed an order barring transgender people from joining the military, but giving Defense Secretary Jim Mattis wide discretion to allow current personnel to remain. … Trump announced the ban last month, helping to resolve a fight in Congress over whether taxpayer dollars should be used for gender transition and hormone therapy for transgender service members.”

A White House official described the expected policy “as a return to policies in place before the Obama administration moved last year to allow transgender people to serve openly in the military.” The official “also said that the military would no longer pay for sex reassignment surgeries unless withholding such funds would harm the health of someone transitioning.”

President Trump last month tweeted that the military should not be burdened by the “tremendous medical costs and disruption” of including transgender members.

As I noted last week:

Stars and Stripes reported in September 2016, “The Pentagon expects to pay between $40,000 to $50,000 during the course of a service member’s life to treat gender dysphoria.”

A ban on recruitment of transgender troops saves taxpayers money and thus promotes the legitimate government interest of effective budgeting. Indeed, it promotes compelling government interests such as military effectiveness by safeguarding unit cohesion. It thus is clearly constitutional, even if some view it as “discriminatory.”

Courts have upheld military policies that discriminated in ways forbidden in civilian life, such as (1) banning religious headgear worn by members of minority religions (Goldman v. Weinberger, 475 U.S. 503 (1986) (upholding ban on wearing of religious caps, even though they are protected in civilian life by an antidiscrimination law, Title VII of the Civil Rights Act)), (2) upholding the male-only draft (Rostker v. Goldberg, 453 U.S. 57 (1981)), and (3) upholding the since-repealed ban on gays in the military. (Thomasson v. Perry, 80 F.3d 915 (4th Cir. 1996)).

Courts have also upheld curbs on expression that would be protected outside the military — even on core political speech, such as requiring troops to obtain prior approval for petitioning activity on military bases. (Brown v. Glines, 444 U.S. 348 (1980)). So any restrictions on cross-dressing in the military as a form of “expression” are obviously constitutional under the First Amendment.

Unit cohesion is one of several alternative rationales on which a transgender ban can be upheld. As Robin Beres of the Times-Dispatch points out, inclusion of transgender troops raises serious privacy issues that threaten unit cohesion:

Army training manuals developed to implement the new policy [of including transgender troops] are nearly incoherent. A PowerPoint presentation given to all soldiers begins … “We have to have access to 100 percent of America’s population for our all-volunteer force.”

The statement is ridiculous.

The Pentagon already claims 75 percent of American youth today are unfit for military service for many reasons, including obesity, drug use, criminal records, and health issues.

[A]n Army transgender training module … describes a potential scenario for a soldier who is undergoing a male-to-female gender-marker change (without sex reassignment surgery) and is placed in women’s barracks.

Even before Trump’s recent announcement, a lawsuit was filed against him and military officials earlier this month in the U.S. District Court for the District of Columbia on behalf of transgender troops. (See Doe v. Trump, D.D.C. Case No. 17-cv-1597).

The National Center for Lesbian Rights appears to have filed the lawsuit there because all of the full-time judges there were appointed by President Obama (the vast majority of them), whose administration ended the longstanding ban on transgender troops; or by President Clinton (including the judge to whom the case was assigned, Colleen Kollar-Kotelly). That lawsuit was unripe when it was filed. And it should be dismissed because it is legally baseless. 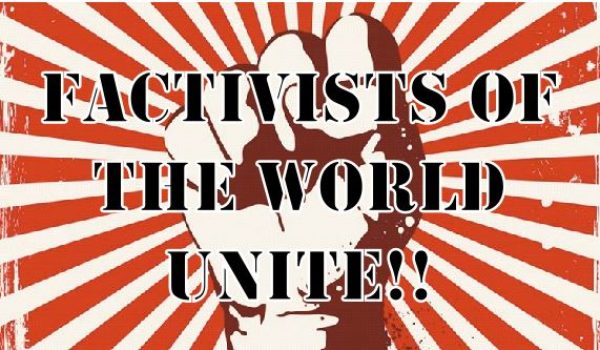 The DNC is mad as hell and they want me to become a ‘Factivist’
Next Post
According to Phoenix VA whistleblower, hundreds of vets still wait 150-plus days for care