Wow, how magnanimous! The Washington Post Editorial Board took time out from its hectic schedule yesterday to do some pro bono speech-writing for the President of the United States.

Under the finger-wagging headline “What a presidential president would have said about Charlottesville,” the Board (or is it Bored?) published in before-and-after mode what Donald Trump did say yesterday in reaction to the ugly events that unfolded in Charlottesville before proffering its recommended edits.

Here are the two statements. See if you can figure out which is which.

(A) We condemn in the strongest possible terms this egregious display of hatred, bigotry and violence on many sides. On many sides.

(B) The violence Friday and Saturday in Charlottesville, Va., is a tragedy and an unacceptable, impermissible assault on American values. It is an assault, specifically, on the ideals we cherish most in a pluralistic democracy — tolerance, peaceable coexistence and diversity.

If you guessed B was the Post’s, you guessed right. The liberal buzzwords tolerance and diversity kind of give it away, but pat yourself on the back anyway.

You may have noticed that the Post’s statement omitted the phrase on many sides, which the president deemed worthy of repeating for emphasis.

Could the Post’s motivation for this decision have derived from the belief that there was only one aggressor yesterday and that that aggressor was the white supremacists who had organized and taken part in the rally? If so, that’s a little myopic. Surely the Post is aware that antifa — who along with Black Lives Matter comprised the bulk of the counter-protest —  is itself prone to violence. The paper has even chronicled some of that violence:

On Sunday, thousands of protesters and counterprotesters converged in the heart of Portland’s business and government district for a pro-Trump free-speech rally. Once again, throngs of black-clad anti-fascist or “antifa” activists faced off with right-wing demonstrators in Americana garb.

Police formed barriers between the groups — and indeed many people in the crowd demonstrated peacefully — but the day was disrupted by flare-ups. After some antifa counterprotesters began throwing objects at police, officers in riot gear responded with a volley of flash grenades and pepper balls, according to local media. [Emphasis added]

Black Lives Matter is no stranger to violence either. On the first night of the riots following reports on the death of Freddie Gray in police custody, protesters in Baltimore set a CVS pharmacy ablaze and then, to add insult to injury, punctured the fire hose that was being used to combat the flames.

But returning to the main theme — the Post’s penchant for editing presidents’ non-presidential reactions to acts of violence — I would submit that at least the paper’s editors are equal-opportunity rewriters. As an illustration, recall Barack Obama’s words when a black sniper shot and killed five Dallas police officers who were present to keep the peace at a BLM rally. He said disingenuously. “I think it’s very hard to untangle the motives of this shooter.”

The Post offered another clinic on what a “presidential president would have said,” suggesting that Obama might have acknowledged the role his own anti-police rhetoric possibly played in this attack and pledged henceforth to be more even-handed and circumspect in his public assessments of police conduct. 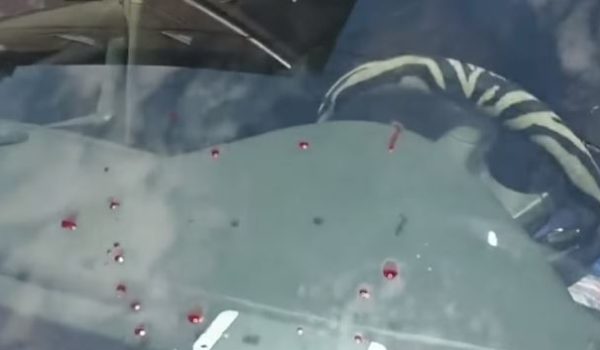 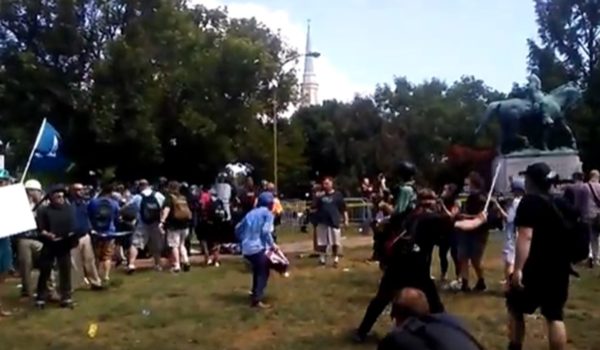