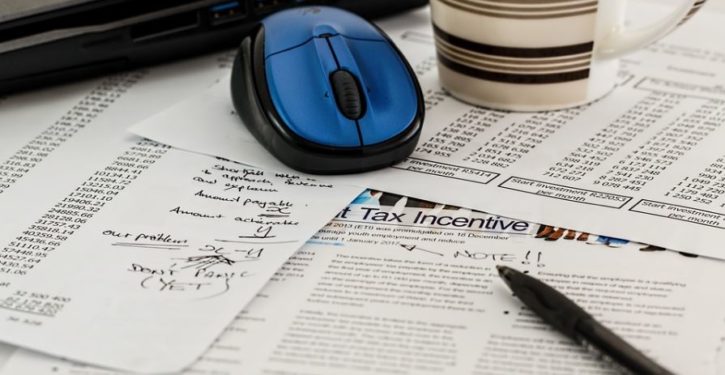 Built into the Obamacare bill is a provision requiring the IRS by the end of June to notify people who did not have the minimum required health insurance coverage (MEC) that they were non-compliant and to inform them what is available via their state’s exchanges.

According to a report released by the Treasury Inspector General for Tax Administration on Thursday, the IRS sent the letters late, skipped some people who were supposed to get the letter, and “misled” people about the cost of plans. (Note: Misled is governmentspeak for lying.)

The provision of Obamacare the report discusses (ACA Section 1502(c)) states the following:

NOTIFICATION OF NONENROLLMENT — Not later than June 30 of each year, the Secretary of the Treasury, acting through the Internal Revenue Service and in consultation with the Secretary of Health and Human Services, shall send a notification to each individual who files an individual income tax return and who is not enrolled in minimum essential coverage (as defined in section 5000A of the Internal Revenue Code of 1986). Such notification shall contain information on the services available through the Exchange operating in the State in which such individual resides.

The purpose of the IRS letter is to encourage Americans to comply with Obamacare’s individual mandate that penalizes them for not having the government-defined appropriate coverage.

When the IRS finally sent the letters for the 2015 tax year, the agency stated a monthly cost to purchase the need coverage ($75/month) that was less than half the actual cost ($168/month). The bureaucrats then attempted to explain the discrepancy by saying that they used numbers provided by the Department of Health and Human Services, adding that the $75 figure was true for “some taxpayers.” But when the inspector general requested documentation of those estimates, he didn’t receive it.

According to page seven of the report:

IRS management stated that the CMS [The Centers for Medicare and Medicaid Services] provided the $75 amount. The CMS noted that this amount was based on studies completed by the Department of Health and Human Services (HHS). The studies concluded that 72 percent of enrollees can find a plan for $75 or less per month after receiving any applicable Advance Premium Tax Credit. Our review of the HHS’s studies found that the $75 is an estimate based on individuals residing in only 38 States who paid health care premiums and received Advance Premium Tax Credits. In addition, the $75 is based on the average premiums for lower-tiered plans that provide fewer benefits than higher premium plans. Thus, the $75 is based on the cost that taxpayers can find coverage for on www.HealthCare.gov after financial assistance for this lone low-cost health plan rather than the cost of plans that taxpayers actually select. [Emphasis added]

The first group is comprised of approximately 3.3 million taxpayers who did not report full-year minimum coverage (MEC), an exemption from MEC, or an SRP [Shared Responsibility Payment], and are not claimed as an exemption on someone else’s tax return. The IRS refers to these tax returns as “silent tax returns.”

The CMS informed the IRS that it did not want to mail letters to these individuals. IRS management stated that the main goal of the CMS’s project was to contact individuals who were most likely to be uninsured and respond to a notice. Thus, the priority was to contact those who reported an SRP and those who claimed exemptions. The IRS developed the mailing list and expected to mail costs-based on these priorities.

In other words, there must be snowballs in hell, because a federal agency tried to save money (by not informing people they might have to pay a penalty in the future).

The second group who didn’t receive the letter seems to have a more reasonable rationale. Some 1.9 million individuals who filed a 2015 return and reported an exemption from MEC or reported an SRP, were treated as a market test control group. The Treasury Department randomly selected these people for the purpose of measuring the effectiveness of the letters. They will be compared to the people who received the letters to determine if the letters motivated people to purchase the required insurance.

But even then the letters were late. For the 2015 tax year, the mailings were sent mostly in November 2016, with some additional letters in sent January 2017. The reason for the tardiness was a determination by the IRS that they would get better reception if they sent the letters close to the time of enrollment for 2017. That hypothesis may have been correct, but the law explicitly says the letters had to be out by June 30. Or to put it a different way, if a taxpayer decides the IRS doesn’t need their tax paid until May 15 instead of April 15, that taxpayer has to pay a penalty for ignoring the law. (Note: while taxpayers can get an extension for filing the tax return it’s only for the piece of paper, any tax owed still has to be paid by April 15.)

Perhaps the reason the IRS lied to the American people and disobeyed the Obamacare law is they were too busy trying to delay 501(C)(3) applications submitted by groups who disagreed with Barack Obama’s policies. Between the IRS targeting of conservatives and this latest scandal, we are left with a rogue Internal Revenue Service that does what it wants when it wants.

Could Trump fire Mueller? It’s complicated
Next Post
Mom who killed home invader: ‘It was either him or me, and I wasn’t going’ 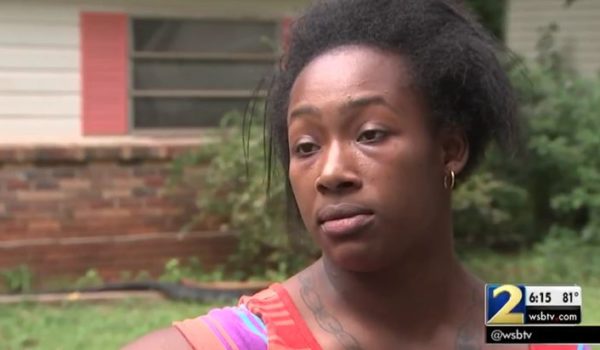