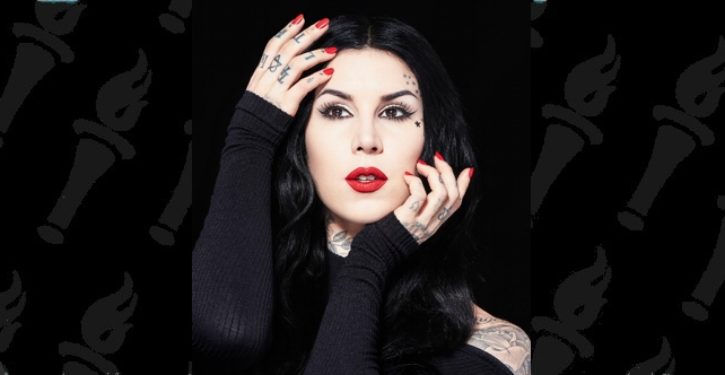 Scratch a liberal, find a bigot. On Friday, the Wichita Eagle reported that Gypsy Freeman, a woman who splits her time between Wichita, Kan., and Florida, was declared winner of a national art contest sponsored by tattoo artist of the stars, Kat Von D, who also has a line of beauty products. Freeman was set to receive a prize package worth about $2,100. That is, until an Instragram user found a post on her page supporting Donald Trump. Once that was made known to the company, Freeman reportedly received a message from Kat Von D’s Instragram account informing her that she had been disqualified.

According to the Eagle, the message read:

My launch party [and my brand] celebrates many things that Trump is against. And I just need you to know that I personally have a hard time with inviting anyone who would support such an anti-feminist, anti-homosexual/LGBT, anti-immigrant, and anti-climate change fascist such as Trump.

It’s not about inviting people based on their political stance – it’s just extremely difficult (borderline impossible) for me to be friends with or associate with anyone who would support a man who goes against everything I stand for. I would feel the same way towards people who supported Hitler, or any other fascist.

It’s not about inviting people based on their political stance? It’s precisely that.

The Eagle went on to report that Kendo Holdings, the parent company of Kat Von D Beauty, was inundated with calls and message, none of which were returned. In addition, all evidence of the contest’s existence was scrubbed from the brand’s Instagram account and website, even though the contest rules are available in a cached version of the site:

The Promotion is open to any legal U.S. residents residing in any of the 50 United States and the District of Columbia, (including Puerto Rico but excluding Rhode Island, Guam and all other U.S. and foreign territories and possessions not otherwise mentioned herein) who are 18 years of age or older (“Entrants”). Employees and their immediate family members (parents, children, siblings or spouse, regardless of where they live, or persons living in the same household, whether related or not) of Sponsor and its respective parent company, divisions, affiliates, contractors, subsidiaries, distributors, sales representatives, retailers, advertising and promotion agencies, and any others engagement in the development, production, execution or distribution of this Promotion are not eligible.

Note that nothing in the rules indicates that the contest is only open to those who do not support Donald Trump.

“Part of the great thing about this country is having freedom of speech,” Freeman told the Eagle, further stating that she did not erase the Trump post.

“I said the same thing to Kat,” she added. “I was like, ‘You can say whatever you want to say and you shouldn’t filter comments based on who I support. It doesn’t bother me.’ ”

“It’s definitely bigotry – it’s everything that they’re calling us, they’re doing,” she said. “It’s a huge case of hypocrisy.”

Freeman says she has used Kat Von D products for years but will likely stop doing so now and intends to contact Sephora, which sells the product line, about the incident. 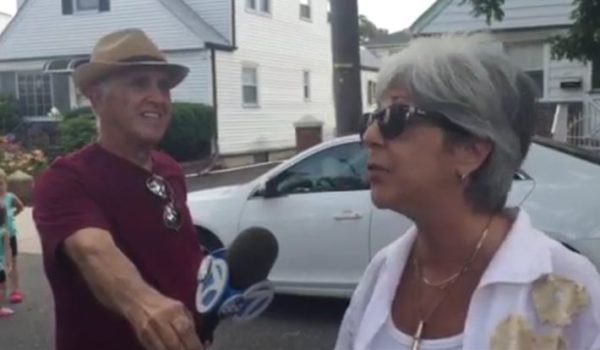 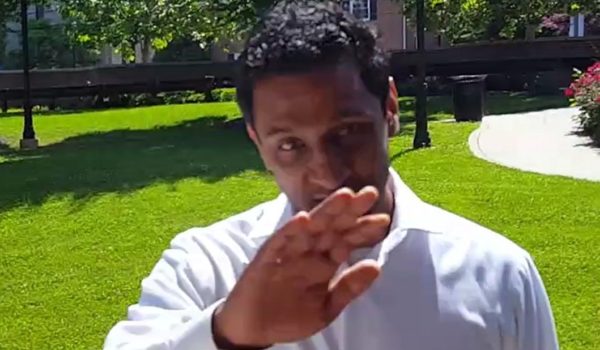