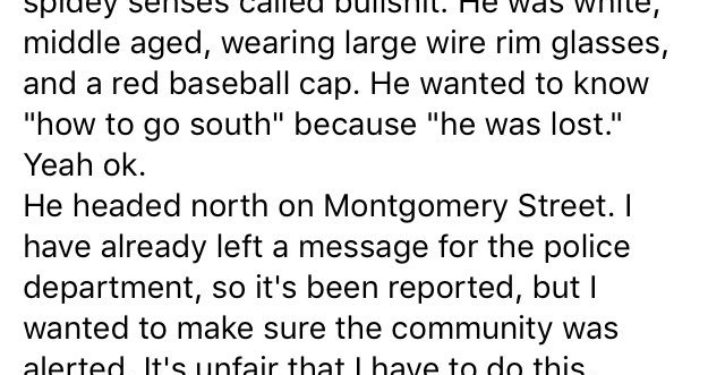 How deeply rooted is liberal insanity in the year 2017? The following, which appeared on Facebook, will give you a clue. It was sent in by a reader who asked not to be named.

It involves two women who were either walking or standing on a street corner when a car pulled up next to them and the driver said he was lost and needed directions. The writer, whose name is Justice (I think), reports that the incident awakened her “rape culture/feminist spidey senses,” prompting her to call “bullsh*t.”

She says she “left a message for the police department” (there are places where you get a voicemail prompt when you phone the police?). Presumably she gave a description of the creep, who is “white, middle aged, wearing large wire rim glasses, and a red baseball cap.” He sounds like a pretty dangerous hombre to me. He probably enjoys white, male privilege, though Justice neglected to include that presumption in her report.

I just wonder if she would felt safer if the dude who stopped her was black, around 20, with dreadlocks, and wearing a black baseball cap. Better still, would she have reported it? 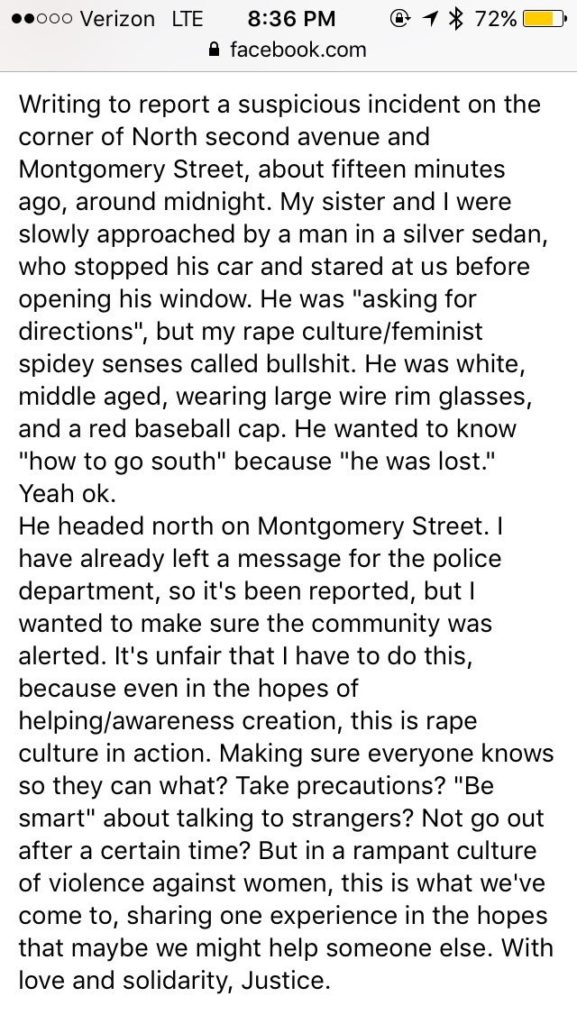 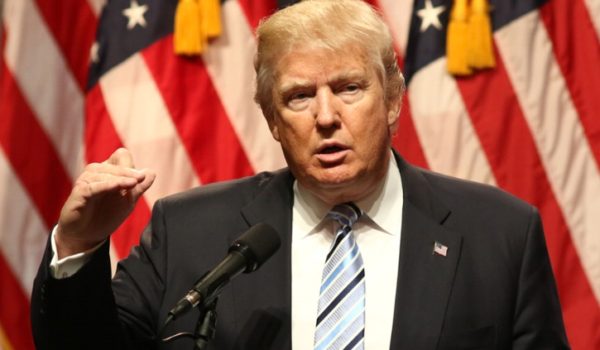