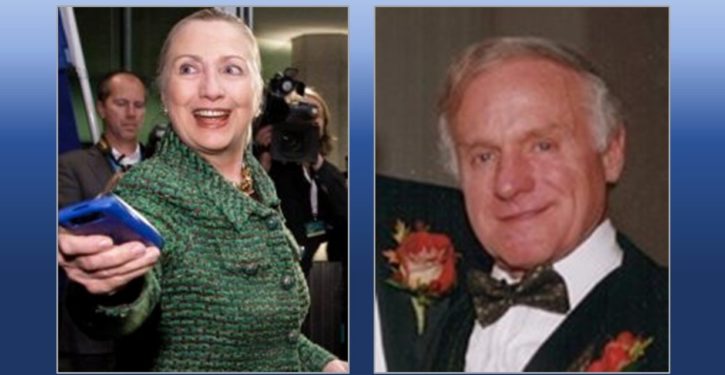 Whatever it is that causes suicide-prone people to wander into Hillary Clinton’s orbit, it seems to have struck again.

LU’s J.E. Dyer wrote in June about Peter W. Smith, a long-time GOP operative who arranged for a team of online sleuths to search for Hillary Clinton’s 33,000 missing emails.  These were the emails from her private account that Clinton failed to turn over to the State Department:

The basic story line is that Peter W. Smith, an octogenarian private-equity investor, supporter of the GOP, and security policy dilettante, assembled a team in September 2016 to look for Hillary’s 33,000-odd “missing” emails — the ones she failed to turn over to the State Department for review.  Smith’s theory was that there was probably a hacker group out there that had obtained the emails from her non-secure home-brew server.  His team found some leads, including two with Russian connections, but never considered anything they found worth pursuing.

During the hunt, Smith used Michael Flynn’s name to gin up interest in the project.  There is no evidence that Flynn or his consulting company, the Flynn Intel Group, was involved.  But Shane Harris, the reporter behind the original article at the Wall Street Journal, quoted unnamed U.S. officials who claimed they had seen intelligence that Russians were trying to “obtain” Hillary’s emails and pass them to Flynn.

[U.S. i]nvestigators have examined reports from intelligence agencies that describe Russian hackers discussing how to obtain emails from Mrs. Clinton’s server and then transmit them to Mr. Flynn via an intermediary, according to U.S. officials with knowledge of the intelligence.

As J.E. reported in the conclusion of her post, Peter Smith, who was 81, died in May, shortly after the interview in which he outlined his hunt for the Hillary emails to the Wall Street Journal.

But Shane Harris, the original reporter, picked up Thursday on a Chicago Tribune story that revealed Smith had not died of natural causes.  Rather, he reportedly committed suicide in a Minnesota hotel room, on May 14, 2017.

According to the Tribune:

[T]he Chicago Tribune obtained a Minnesota state death record filed in Olmsted County saying Smith committed suicide in a hotel near the Mayo Clinic at 1:17 p.m. on Sunday, May 14. He was found with a bag over his head with a source of helium attached. A medical examiner’s report gives the same account, without specifying the time, and a report from Rochester police further details his suicide.

In the note recovered by police, Smith apologized to authorities and said that “NO FOUL PLAY WHATSOEVER” was involved in his death. He wrote that he was taking his own life because of a “RECENT BAD TURN IN HEALTH SINCE JANUARY, 2017” and timing related “TO LIFE INSURANCE OF $5 MILLION EXPIRING.” …

Smith’s death occurred at the Aspen Suites in Rochester, records show. They list the cause of death as “asphyxiation due to displacement of oxygen in confined space with helium.”

A former employee of Smith’s told the Tribune Smith had gone to the Mayo Clinic to be treated for a heart condition.

Shane Harris, the Journal reporter who interviewed Smith, said Thursday night that he “had no indication that [Smith] was ill or planning to take his own life.”

The Daily Beast alludes briefly to Peter Smith’s earlier interest in the Clintons:

Smith was a private-equity executive by trade, but had worked as a longtime opposition researcher for conservative campaigns in the past. In the early ’90s, Smith helped lead the charge in publicizing accusations by Arkansas state troopers that Bill Clinton, then the state’s governor, had enlisted them to help arrange assignations with dozens of women who were not his wife, from whom they hid the alleged affairs (an accusation that Clinton, as a candidate and as president, denied). The ensuing scandal, known as “Troopergate,” nearly sank Clinton’s 1992 presidential campaign.

The Tribune mentions the Troopergate connection, and links Smith to funding for a probe of Bill Clinton’s visit to the Soviet Union in 1969 as well:

For years, former Democratic President Bill Clinton was Smith’s target. The wealthy businessman had a hand in exposing the “Troopergate” allegations about Bill Clinton’s sex life. And he discussed financing a probe of a 1969 trip Bill Clinton took while in college to the Soviet Union, according to Salon magazine.

According to the Tribune, police found a Wal-Mart receipt for the helium tank in Smith’s hotel room.

Police found a receipt from a local Walmart time-stamped from the previous day, May 13 at 12:53 p.m. The receipt was for the purchase of “Helium Jumbo” and other items. Police also noted that the two helium tanks in the room were draped with vinyl-covered exercise ankle or wrist weights. The report did not offer an explanation for the weights. Police said that because they did not suspect foul play, they had not viewed any security video from the Walmart store to confirm that Smith bought the tanks himself.

Smith’s remains were cremated in Minnesota, the records said. 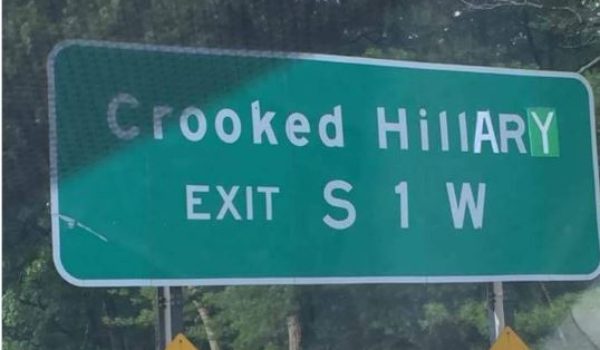