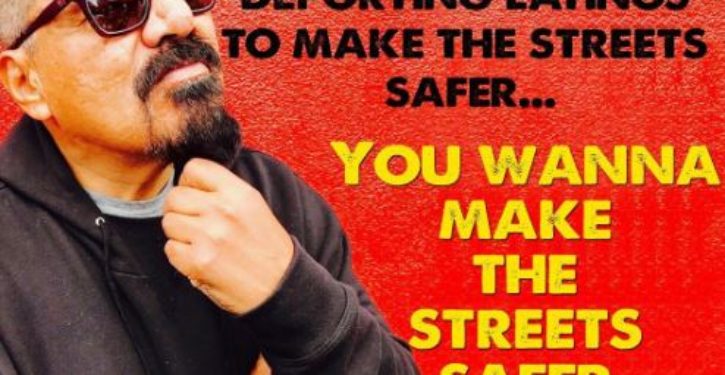 Hey, want to hear a good joke? Then look elsewhere, because the only attempt at humor in this post is a one-liner by Mexican-American “comedian” George Lopez that is so unfunny that his fellow Latinos aren’t laughing. Neither is New York’s Daily News. Managing to offend that far-left tabloid is really an accomplishment for a member of a “protected class.”

Lopez posted his would-be kneeslapper on Instagram last Friday, packaging it as a meme that could be shared far and wide. That has happened but not for the reasons the 54-year-old Lopez had hoped. 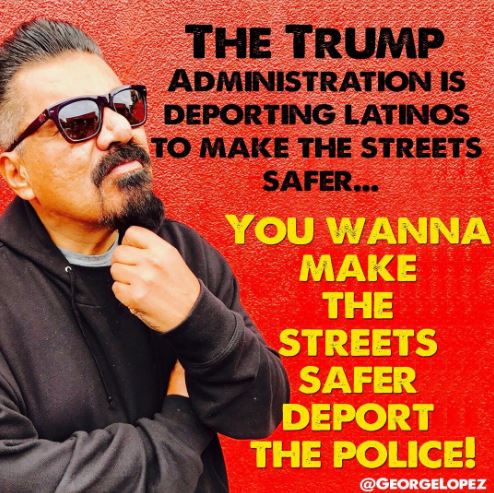 His followers were almost uniformly aghast at his attack on police. One using the handle francospd1 wrote:

Yo soy mas Latino que tu y lo que dices es una idiotes. Si no te parece vete a Mexico. [Translation:  I am more Latino than you and what you say is an idiot. If you do not like [it here] go to Mexico.]

You do realize the the only Latinos he’s deporting are the ones that broke the law to get here, right? How about this, the US should treat illegal immigrants exactly the same way their home country would treat illegals. Would that work for you?

But Lopez has no interest in a grown-up discussion on immigration. When he was asked by TMZ last November whether he would be willing to give the new president a chance, he answered, “I’ll give him a chance to suck my a**.” And, no, he wasn’t joking:

As for his latest foray into the realm of bad taste, when the negative comments began flooding in, he initially tried doubling down, writing:

This is not an indictment of all Law Enforcement , some still just beat you #gacho#georgelopezonhbo#TheWall ( @momorodriguez#gracias

Since then he has made his account private. Now only if he made his career private, we’d be getting somewhere.